People willing to trade their freedom for temporary security deserve neither and will lose both.

The Manchurian candidate Abu Hussein Obama is laughing is ass off as American and allied troops are being killed and maimed in Iraq and Afghanistan:

Â OBAMA IS WAVING THE WHITE FLAG IN AFGHANISTAN

As we saidÂ hereÂ the other day: “The truce is long dead, but now the region is stuck with the implementation of Sharia that occurred as a result of the truce.” And the now-arrested Sufi Muhammad, who brokered that agreement with the Taliban, most definitely got what he wanted.

“Sharia is still the law of reference in the districts of North-West Frontier,” by Fareed Khan forÂ Asia News, July 29 via JW:

Negotiating with the Taliban is a policy of defeat

David Miliband’sÂ speech on AfghanistanÂ at NATO headquarters yesterday sent completely the wrong message to our enemies. The foreign secretary called for a political deal with so-called moderate elements of the Taliban in an effort to split the insurgency:

“First, a political strategy for dealing with the insurgency through reintegration and reconciliation. That means in the long term an inclusive political settlement in Afghanistan, which draws away conservative Pashtun nationalists – separating those who want Islamic rule locally from those committed to violent jihad globally – and gives them a sufficient role in local politics that they leave the path of confrontation with their government.”

In effect Miliband is saying that Britain and the United States must be willing to place cooperative, supposedly more reasonable wings of the Taliban back in local power in Afghanistan. This would be like putting the Nazis back in office after the fall of Berlin or the Khmer Rouge in charge of Cambodia again. No matter how much spin is placed on this negotiating strategy, it smacks of defeatism and appeasement, and a failure to place the conflict in Afghanistan within the broader context of a global war against a brutal Islamist ideology that seeks the destruction of the West and the free world.

British, American, Canadian and other NATO troops are not dying on the battlefields of south Asia to facilitate the return of a medieval-style government steeped in barbarism where women are treated as fourth-class citizens and individual liberty is non-existent. It would be only a matter of time before an Afghanistan dominated by “moderate” Taliban returned to its old position as a safe haven for al-Qaeda to launch attacks against New York, Washington or London.

Miliband’s dangerous stance echoes that of former Defence Minister Des Browne, who was the first Labour Minister to come out of the woodwork andÂ call for talksÂ with the Taliban as well as Hizbollah back in March last year. As Browne put it in his interview withÂ The Daily Telegraph,

Great Britain should have no truck with any strategy that allows a return to political power for the Taliban of whatever stripe. If this foolhardy policy is executed -and there are already signs it isÂ backed by the Obama administrationÂ – it may ultimately lead to negotiations with al-Qaeda-linked groups in the region as well.

It is vital that a future Conservative administration reverse what is a disastrously naÃ¯ve approach, and commits to the complete political isolation, as well as the ultimate military defeat, of the Taliban in Afghanistan. This will require a significant increase in British defence spending to adequately fund a major military mission on this scale, as well as leadership in Downing Street that takes Britain’s great power responsibilities seriously.

Negotiations with a fundamentally barbaric organization such as the Taliban will never result in anything good for the people of Afghanistan and will undercut Britain’s long-term security. If NATO talks to the various wings of the Taliban, the Allied coalition will negotiate only with different shades of evil. This is a recipe for failure and defeat as well as a monumental surrender to a totalitarian Islamist ideology based on a doctrine of hatred and destruction.

DR DOOLITTLE AND THE TALIBAN

Like a latter day Dr Doolittle, British Home Secretary – and Mr Bean look-a-like David Miliband suggests that it is time we startedÂ to talk to the Taliban.

But not ANY old Taliban, no, he wants to chat to theÂ moderate Taliban. Learning from the lessons of Northern Ireland, the British Government believes that if we could only talk to the Islamic scum that kill our troops we might win their hearts and minds. Yes, that’s how BAD it is over here. We have a bunch of pre-pubescent dhimmis in government who having sold out to terrorism in Northern Ireland are now seeking to do likewise in Afghanistan.
The only engagement with the Taliban should be from the business end of a drone, or a rifle, or a shell. We don’t need to talk to them.Killing themÂ is the key objective – every last one of them. But Dr Doolittle knows better…

So, you may think that Obama is a tad lukewarm in his support for the US military but he is a veritableÂ General MacArthurÂ compared to UK Prime Minister Gordon “Cyclops” Brown. Comes the news today that even asÂ the bodies of four British soldiers killedÂ on active service in Afghanistan are returned home the Government has launched a legal mission to restrict the level of payments awarded to servicemen and womenÂ injured whilst on combat.Â

The idea is that the injured soliders are only paid for the direct injury they receive whilst on duty but get nothing for the future consequences of it. Isn’t that just wonderful? The British government, socialist to the core of course, despises the very idea of armed forces. I dare say they would rather replace the likes of the SAS with a battalion of aromatherapists. The left does not want to defend our nations and that is why even at this time it undermines the military.

So who would have thought that Hillary Clinton deserves kudos for standing UP for US intelligence agencies against enemies abroad, in this case the UK? 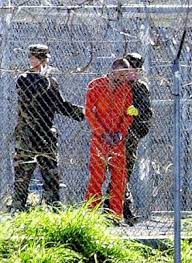 US readers may not be fully aware that the British left wing media have turnedÂ BinyamÂ into a martyr and poster boy for innocence ever since he was released fromÂ Gitmo. In trueÂ JihadistÂ tradition, he hasÂ claimedÂ that he was tortured him after he had been captured having accidentally wandered into a Jihad training camp in Afghanistan. He is now claiming redress through the UK liberal courts
and there is the possibility that US intelligence may be made public so compromising sources. Clinton isÂ absolutely rightÂ to have made this threat and I trust that the UK Judiciary get their priorities right and ensure they protect sources and friends abroad.