This is an important post from the Gates of Vienna, which I’m posting here in its entirety. Your feedback is much appreciated. 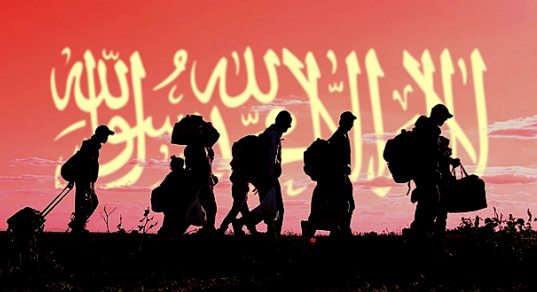 A reader named Oren has left a series of comments on several posts covering the topic of “moderate Islam”. Although his viewpoint is at variance with my own, his comments provide some thoughtful observations that are worth additional exploration.

Oren left the following comment on one of last weekend’s posts. I’ve bolded the parts that merit further discussion:

It is apparent from the post above, that the Baron has given up all hope on the seeing the conflict between Islam and the West being resolved in any peaceful or at least orderly way. If I understand correctly he foresees some sort of a “collapse”, in which Western countries will break down completely, and the survivors will have to form armed militias in order to protect their homes from pillaging Islamic gangs. I do not discount this scenario entirely, but I do see it as improbable.

I personally believe it is more likely that in the upcoming decades existing nation states will remain more or less intact. A global economic crisis is almost inevitable, as I often explain in my own blog. This crisis will impoverish most of humanity, and may aggravate the already tense social pressures existing in most Western European countries. Some of them, like Sweden for instance, who have imported more third world migrants than others as a percentage of the population, may experience civil wars. This scenario is less chaotic than what the Baron suggests, but it is brutal and bloody nonetheless.

However, I do see a third option, which can minimize all this blood and gore. This option involves a rapid shift of the political map towards the right, which will bring to power people like Geert Wilders and Marine Le Pen. These newly elected leaders, assuming they act swiftly and decisively, may yet prevent the supposed “collapse”. Here are but a few measures they can take, which may stop the process of Islamization, and which do not constitute grave human rights violations. For starters, they can halt all immigration to Europe. They can prosecute any Imam who is preaching hate and violence under existing incitement and sedition laws. They can deport any immigrant who is convicted of terrorism, or any other crimes for that matter. They can place Mosques and other Islamic organizations under surveillance. They can block the foreign Saudi money which is funding these operations. They can reform their entitlement systems, and make it impossible for new immigrants to live on the dole. I argue that all these measures, if enforced stringently, can not only stop the process of Islamization but even reverse it to a certain extent, as many of the recently arrived migrants will opt to leave, rather than work for a living, god forbid. One may argue that such measures will not be taken peacefully by the Islamic population in Europe, and that may truly be the case. But Muslims nowadays still do not constitute a majority of the fighting age population in Europe (and certainly not in the US), and any violence they do exhibit will not constitute an existential threat, and will only grant the governments greater legitimacy to use force against them.

END_OF_DOCUMENT_TOKEN_TO_BE_REPLACED 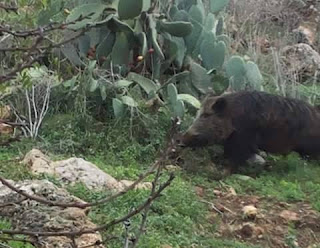 From this German news source via Vlad Tepes

Against Heidi Mund who became famous as a radical Christian, the State prosecutor has decided to take action for incitement. She was reported to have committed these acts with her “Prayer proposals” on the Day of German Unity.

Since Heidi Mund shifted her political agitation from the street to the Internet, barely a day goes by without a message to her followers. The former front woman of the “Freien Bürger” (free citizens) and “Pegida Rhein Main” has set up another mailing list – “Save Europe” – which has explicitly set itself the goal of saving Germany from Islam.

On the Day of German Unity, Mund had called for a human chain around Germany “as a spiritual wall”, … and with the “authority of God” to resist the “forces of darkness”.

“Praying hand in hand for our country” calls the radical Christian her appeal for an act of resistance, which took place on 3 and 4 October with moderate involvement – and on 4 October a private complaint followed against Heidi Mund. Her “suggestions for prayer” met the requirements for incitement states the complaint.

In it she calls to prayer and calls amongst other things for:

“We pray FOR the genuine refugees that they get renewed hope for their lives that our LORD comforts them … against the mass immigration of 90% of young Muslim men who should build up their own home countries and not rape our girls and women here; that with the Word of God – the Bible – they be sent back to their home countries where they belong. … Against the diseases and epidemics the immigrants have brought with them … . We ask God … the Angel that He places on the borders of Germany and the other European countries.”

As the press office of the Criminal Investigation Department explained upon request, the Frankfurt prosecutor’s office has taken up the matter for legal analysis. However it will not make any details known at this time.

Heidi is most famous for her Martin Luther like disruption of a muslim prayer service in a German Cathedral as part of the ‘interfaith’ islamic conquest programs occurring all around the world. CBN has a good video on that event and her motives and the history of the cathedral here.

.
A recent reading of Richard Moore’s “Escaping the Matrix” (chapter 2), from the 2005 Cyberjournal Project, had a welcome evolutionary perspective, which is rare these days. But one important part was left out, which has relevance to the refugee problem, namely the issues of kin selection and altruism. That there is a big void is evident by comparing the famous photo of the drowned Syrian boy to the photos of the hundreds of thousands of refugees marching into Europe and facing detention at the borders. (Note the similarity to the mistreatment of individual animals which raises outrage vs. the animal rights’ movement’s absence from the fight to save whole species).

If you are related to someone, or know an individual well, you are highly likely to respond to appeals for help or rescue. This tendency, which has been retained throughout human evolution and was adaptive in small tribal societies, does not extend to modern mass society and the millions of faceless humans we do not know, humans whose background, profession or intentions are unknown. For all we know most of them could be indicted criminals, thieves, rapists, crooked businessmen, terrorists, men fleeing military conscription, etc. But even if only a few of them are, there is no way of distinguishing the good from the bad, much less determining the true cause of their flight (except in the case of Syria). (Note: this is why  veiled Muslim woman is looked on with suspicion; it is impossible to know whether she is a nonviolent observant Muslim or a terrorist. Muslim women should remove the veil if they don’t like being associated with terrorists.)

Altruism and humanitarian assistance are built in to human morality but rarely if ever to the point of self-sacrifice, which is most likely to occur if it involves your children, spouse, parents or siblings. A hard-headed examination of the present refugee situation unavoidably leads to the conclusion that admission of large numbers of Muslims to stable, secular democratic Europe, heir to Enlightenment values, equality and the rule of law, will spell the end of Europe, economically, politically and socially. This must be understood and must be argued strenuously with those who see the immigrants as potential labor to facilitate economic growth or those demented liberals who think that admitting millions of people with no experience with or fondness for western values will “diversify” European society.

These immigrants, with a few exceptions (Syrian Christians or secularists), do not seek freedom or equality. They are not escaping oppression in order to free their daughters from the heavy hand of Islam, much less to give them a secular education in western universities or to learn skills or to allow them the freedom to choose their future. They still have large families (families with five children among the migrants are common). Their women still wear veils, and some of them have already mocked the notion of assimilation into what they consider an alien society which offers them financial security; they have no interest in its other benefits whatsoever.