“True Islam” is just as false as fake Islam. Here, again, an Ahmadiyya agitprop denies key teachings from Koran, sira and hadith to deceive gullible infidels. Dr. Muhammad Zafar Iqbal is not only quoting 5:32 wrongly, he mixes it up with Koran (5:33)  which  says:  “The punishment of those who wage war against Allah and His messenger and strive to make mischief in the land is only this, that they should be murdered or crucified or their hands and their feet should be cut off on opposite sides or they should be imprisoned; this shall be as a disgrace for them in this world, and in the hereafter they shall have a grievous chastisement”.

This feature is coordinated by The Post-Standard/Syracuse.com and InterFaith Works of CNY. Follow this theme and author posted Sunday, Tuesday and Thursday. 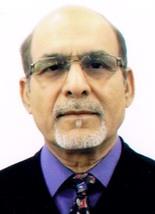 In the Name of Allah, Most Gracious, Ever Merciful: Inconsistent messages from Muslim leadership have created increased risk of extremism and radicalization. The True Islam Campaign aims to provide all Americans with a clear way to distinguish true Islam from extremism and to unify Muslim Americans on the correct understanding of Islam as Prophet Muhammad (peace be upon him) taught. To this end, 11 points have been selected as key tenets of true Islam which differentiates it from extremism. One is that true Islam rejects all acts of terrorism. The Holy Quran forbids Muslims from creating disorder in the world. It commands, “Do not go about committing iniquity in the earth and causing disorder.” (29:37).

The Holy Quran recognizes the sanctity of all human life: “Whosoever killed a person … it shall be as if he had killed all mankind; and whoso saved a life, it shall be as if he had saved the life of all mankind.” (5:33) True Islam recognizes that no justification exists for terrorism against any individual, government or nation–for any reason. Therefore, the actions of extremists and terrorists ascribing to Islam are in absolute contravention to Islamic teachings. The Holy Prophet Muhammad rejected all types of terrorism in the name of Islam, even while Muslims faced 12 years of vehement persecution in Mecca. He did not allow any violent response. Instead, the Holy Prophet Muhammad ordered his followers to migrate to another land. This act was in exact accordance with the Holy Quran’s teachings. True Islam champions a bloodless intellectual “jihad of the pen,” part of one’s continuing jihad to acquire knowledge.

Dr. Muhammad Zafar Iqbal is a member of the Ahmadiyya Muslim Community, Syracuse chapter. He is a radiation oncologist currently practicing as medical director of radiation oncology, Buffalo Medical Group.

Here’s the verse that the good Dr. meant to quote:

Because of that, We decreed upon the Children of Israel that whoever kills a soul unless for a soul or for corruption [done] in the land – it is as if he had slain mankind entirely. And whoever saves one – it is as if he had saved mankind entirely. And our messengers had certainly come to them with clear proofs. Then indeed many of them, [even] after that, throughout the land, were transgressors.