Mohammedan headbangers in Turkey celebrate a narrow win of their hero, Recep Erdogan Pasha, in yesterday’s referendum, described as a fraud by the democratic and secular opposition. The narrow margin of ‘yes’ votes, handing quasi-dictatorial powers to Erdogan Pasha, together with the harsh way in which opposing voices where intimidated and suppressed, gives rise to more civil unrest and violence.

You may wish to reconsider travel plans that involve Turkey. (CNN)Turkish President Recep Tayyip Erdogan has declared victory in a referendum over a new constitution that will make him far more powerful, potentially for many more years to come. The result, which the opposition is calling fraudulent, promises to make Turkey less democratic, more bitterly divided and more religious than ever.

It comes as no surprise that at the last minute, when the counting showed the “no” vote was threatening the thin lead of the pro-Erdogan “Yes” vote, electoral authorities stepped in to announce they would allow unsealed ballots to be counted, in contravention to the rules.
.
Already the lead-up to the vote gave enormous advantages to the yes camp, particularly in the form of media coverage. Meanwhile, opponents faced intimidation and the risk of job loss if they publicly voiced their opinions.
.
Now, with the results showing a narrow 51%-to-49% victory for Erdogan, the opposition says the vote counting, too, was marred by fraud and vows to challenge it.
.
Still, it looks all but certain the President has won a historic victory that will not only transform the country he has led since 2013, but will also create a path for him to remain in office until 2029.
Erdogan, a charismatic, authoritarian populist with an agenda steeped in Islam, has become the focal point of deep divisions in the country, and this referendum will make those divisions only more acrimonious and destabilizing. 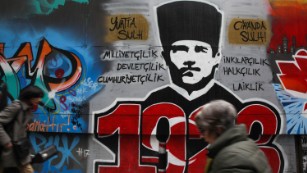 Why Turkey should vote No
.
With barely half the country supporting his push for more power, and with the three largest cities — Istanbul, Ankara and Izmir — voting no, Erdogan will assume his new powers under a cloud of doubt. That sense of insecurity is likely to make Erdogan more, not less, autocratic.
.
Erdogan has not been a conciliatory leader. Instead, he has ruled by stoking ideological, social and sectarian divisions. He has responded to challenges, even peaceful and democratic ones, by crushing the opposition. And he has taken advantage of every opportunity — and every challenge — to bolster his power.
.
No opportunity is greater than the one proffered by Sunday’s referendum. The referendum’s win approves a new constitution containing 18 amendments that will phase in gradually, turning Turkey’s parliamentary system into a presidential one.
Until now, the President was supposed to be a figurehead, unaffiliated with any political party and without great powers. Under Erdogan, that figurehead role was never real. But the new system will officially transform the ceremonial President into a commanding executive.
Turkish referendum: A country divided
.
Erdogan, who has never lost an election, will resume his role as the leader of the Justice and Development Party, or AKP, which he founded and used as the vehicle for his meteoric rise from soccer player into Turkey’s most powerful leader in nearly a century. He will lead the party that holds the majority in parliament, controlling both the legislative and executive branches, and soon strengthening his dominance over the judiciary. Checks and balances will fade away.
New elections will be held in 2019, at which time the prime minister’s position will be abolished. By then, the President will be able to appoint 12 out of the top court’s 15 judges, select the members of the National Security Council and play a prominent role in drafting legislation. Critics say Erdogan will, in effect, become a dictator.
.
Erdogan never quite left the helm of AKP even as he transitioned into the presidency, and when he faced down an attempted overthrow last July, he used the opportunity to purge the country of anyone who might stand in the way of his political ambitions.
The 2016 coup attempt proved so useful to Erdogan that many still question if he didn’t orchestrate it himself. Within hours of regaining power, he launched a crackdown of stunning magnitude, imprisoning tens of thousands of people, and removing hundreds of thousands from their jobs in the military, universities, courts and elsewhere. The coup failed, and real democracy died in its wake. 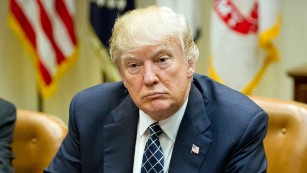 Donald Trump’s Arab fantasy
.
But long before the coup, Erdogan’s anti-democratic tendencies were already in stark display. Years before, Turkey had already imprisoned more journalists than any country, as it does today. And that was just one of the signs that liberal, pluralist democracy was not Erdogan’s cup of tea.
.
While much of the country still looked forward to seeing Turkey draw closer to the liberal, modern West and join the European Union, Erdogan fired up the crowds with nationalist, anti-Western rhetoric. The President and his agenda are a big hit with about half the population, mostly the rural, conservative segments.
But it is anathema to the other half. For urban Turks, and for others who still embrace the secularism of Kemal Ataturk, Erdogan’s conservative, religion-driven agenda is hard to stomach.
Worse yet, the President appears determined to challenge Kemalism with a new blend of nationalism and religion that puts him at the top. His new $600 million, 1,100-room presidential palace has become symbolic evidence for critics’ claims that he wants to be the new Sultan, reprising Ottoman glory days, when one man had full power and Turkey led the Muslim world.
.
Many worry about how far the President will go in pushing his socially conservative and religious views as he tries to reshape the country. Women were incensed when the President spoke of the “delicate nature” of women and declared that “Our religion [Islam] has defined a position for women: Motherhood.”
.
But perhaps nothing puts the Islamization agenda in sharper focus than the government’s education plans for a country in which secularism was a central tenet. Erdogan has said he wants to raise a “pious generation,” and the education ministry has announced a new curriculum that includes massive amounts of religious text, and a heroic depiction of Erdogan’s win against the July coup plotters.
What lies ahead for the divided Turkish people is a much more intense Erdogan era. The President will now be empowered to move forward with his plan to erode secularism and consolidate his own power. For those who want Turkey to continue on the path of a democracy, with rule of law, independent judges, free expression and equality for all, the road ahead just became much, much steeper.
.
Follow CNN Opinion

Frida Ghitis is a world affairs columnist for The Miami Herald and World Politics Review, and a former CNN producer and correspondent. The views expressed in this commentary are her own.

….wonder what will happen now… Erdogan is stressing how Europe has rebuked Turkey for over 50 years by denying them full acceptance into the EU.

.
Turkey is still a member of NATO – Turkey became a later member in 1953 along with Greece. From its inception, NATO’s main purpose was to defend each other from the possibility of communist Soviet Union taking control of their nation….and now we have Turkey shifting its allegiance away from Europe. NATO is a formal alliance between the territories of North American and Europe; originally made up of 12 countries aligned to protect each other.
What we have now are two divisive totalitarian dictatorship regimes, giving rise to a changing chessboard, once again – Turkey and the EU both at a crossroads…

One thought on “Good Night, Turkey”