THE MOST FEMINIST RELIGION: GUIDE TO BEATING WIVES

ABC presenter Yassmin Abdel-Magied called Islam “the most feminist religion.” Saudi Arabian family therapist  Khaled Al-Saqaby demonstrates how men may beat disobedient wives in the Islamic way and warns: “Unfortunately, some wives want to live a life of equality with their husband.” (More below the fold)

Can’t have that now, can we? 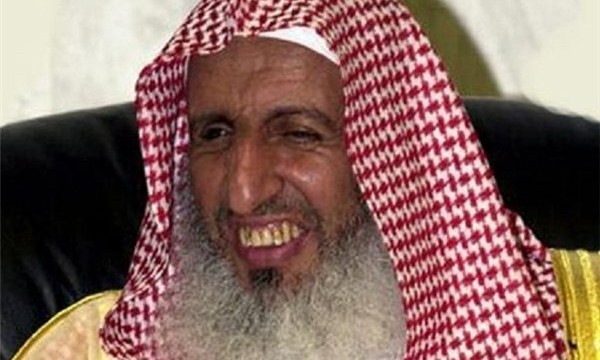 Saudi Mufti: A Muslim man can cannibalize, eat his wife

Abdul Aziz bin Abdullah, a Saudi Mufti, has issued a fatwa, saying that a man is allowed to cannibalize and eat his wife.In justifying his fatwa, the Mufti said this is only permitted under one circumstance: when the husband is extremely hungry.He said that a man can eat his wife or parts of her body if the husband was afflicted with a severe hunger which may lead to his death, adding it comes in line with [the Sharia’s principle of] a woman’s obedience to her husband.

The new fatwa has met with harsh reactions in the Arab world, with a large number of Arab thinkers and intellectuals coming down hard on the fatwa.

More on the Islamic expansion project:

Some statements made by Imam Syed Soharwardy of Calgary:

“Sharia cannot be customized for specific countries. These universal, divine laws are for all people of all countries for all times.”

“I am one of the founding members of the Islamic Institute of Civil Justice. The mandate of the institute is to resolve disputes within existing Canadian laws by using the principles of conflict resolution from Islamic Law, or sharia.”

“Presently, what Israeli forces are doing to Palestinians is worse than the Holocaust of World War II.”

Perhaps  Soharwardy’s crowning statement was that “Muslims are going through that situation right now that the Jews faced before the Holocaust.” That bizarre statement is about as true and confusing as “Islam is the most feminist religion” that a “very, very small minority” misinterprets.

“Canadian Imam: ‘Islam is the most feminist religion’”, CIJ News

PALI PREACHER IN AL-AQSA MOSQUE ADDRESS: JIHAD WILL CONTINUE AS LONG AS THERE ARE INFIDELS NOT RULED BY ISLAM

Speaking at the Al-Aqsa Mosque, Palestinian cleric Sheikh ‘Abd Al-Salam Abu Al-‘Izz said that foreign relations with other countries “should be conducted on the basis of spreading Islam” and that “temporary treaties” and “good neighborly relations” were only intended to make it possible to spread Islam to those countries. Sheikh Abu Al-‘Izz said that any form of governance other than Islam was tyranny and that Jihad would continue as long as there are infidels not ruled by Islam. His address was posted on the Internet on May 9.

Sheikh ‘Abd Al-Salam Abu Al-‘Izz: Many people say that Islam did not spread by the sword. They try to conceal Jihad for the sake of Allah as a means of spreading Islam. They say that the Muslims were only defending themselves, and that if they conquered some country or another, it was only in order to put an end to tyranny. In other words, if people were suffering under tyranny, the Muslims would put an end to that tyranny. Then why should [the Muslims] remain in those countries and instate Islam in them? Is it true that the Muslims would not set out to conquer a country, unless there was tyranny in that country? in accordance with Islam. Any system of governance in the world is tyranny against humanity, except Islam. If we look at it this way, we find that there is tyranny in every country. Let us not forget that the Quran makes it incumbent upon us to spread Islam through Jihad: “Fight the infidels who are near you, and let them find harshness in you.” “Fight the infidels who are near you” means the ones who are on your borders. This means that the Jihad continues as long as there are infidels who are not ruled by Islam. Thus, the jurisprudents defined the reason for Jihad as the existence of infidels, or to be more precise, the existence of infidels not ruled by Islam – because there are infidels in the Islamic state, the dhimmis, but if they are ruled by Islam, the Jihad against them ceases, and we move on to others.

We must cultivate the Islamic system of governance in the Islamic nation. The Islamic system of governance will put an end to the tyranny of capitalism all over the world. We must explain the rules of Islam. What is Jihad for the sake of Allah in order to spread the message of Islam? It means that the Muslims should have a powerful state, which would strive to become the world’s number one superpower, in order to spread Islam all over the world. Our relations with all the countries should be conducted on the basis of spreading Islam. Even if there are temporary treaties, and we have good neighborly relations [with other countries], this is only so that things will calm down and we can spread Islam to those parts. If we are prevented from spreading Islam, we will not stop [waging Jihad]. We will not sign temporary treaties or have good neighborly relations.

The video was originally aired in the Islamic nation on February, 2016. The video is reported to be approved by the government and granted permission to be shown on national television according to awdnews.

The video features a Saudi family doctor named Khaled Al-Saqaby who is teaching men how to beat their wives properly in case wives disobey their husbands commands.

“The first step is to remind her of your rights and of her duties according to Allah. Then comes the second step – forsaking her in bed. The third step, beating, has to correspond with the necessary Islamic conditions before taking action. The beating should not be performed with a rod, nor should it be a headband, or a sharp object. Instead, husbands should use a ‘tooth-cleaning twig or with a handkerchief’ to beat their wife. The wife will feel that she was wrong in the way she treated her husband,” says Al-Saqaby.

To put his hyperbole to end, Al-Saqaby says his teaching of how to beat wives is not my way or the highway and implied that men can use their own methods to beat their wives to extreme if they’re found disobeying husband’s commands.

He went on to add that women are responsible for domestic violence for being overly ‘stubborn’ up to the point that it provokes violent actions from husbands.

“In addition, sometimes a woman makes a mistake that may lead her husband to beat her. I’m sad to say there are some women who say ‘Go ahead, if you are a real man, beat me’ She provokes them,” he adds in the video.

Al-Shaqby points out that men should not resort to violence as a first option, but should “discipline their wives first” before using violence. He also implied that there is no room for equality in marriage and men should be allowed to run their homes however they please.

“Unfortunately, some wives want to live a life of equality with their husband,” he says, stressing that this was the main reasons a man may beat his wife.

“This is a very grave problem,” he added

Awdnews also added that only after the video was aired in the middle eastern Islamic kingdom, the Saudi government released the controversial video in the United States via the Washington DC-based Middle East Media Research Institute, in April 2016.

This video has agitated both the women right and human right groups and Al-Shaqby is receiving a lot of criticism from the west. Matt Agorist of the Free Thought Project bashed the video saying that teaching on the subject should not be taken serious because it is full of his own interpretations, in order to support notorious actions of the ruling class families.

Many women right activist groups have demanded U.S. government to take this video down as it is demeaning for women, but according to amdnews, neither the State Department, which is responsible for international relations for the country, nor any government official from the White House, has commented on the controversial video.

Saudia Arabia is a country particularly notorious for women. Recently, the Inquisitr reported that Saudi Arabian women could be jailed if they were found looking at their husband’s phones without permission. In addition to turning a blind eye to women right, Saudi Arabia also follows Islamic teachings too seriously and condemns LGBTQ people.