We encourage our decadent Islamophiles to visit these areas and their counterparts in Germany, France and the UK. A reality check may be all that is needed to overcome the morbid cultural death wish, still fostered by so many.

A new report from the Swedish police lists eight additional areas as being “especially vulnerable,” where it is more difficult for law enforcement and other emergency services to do their job. 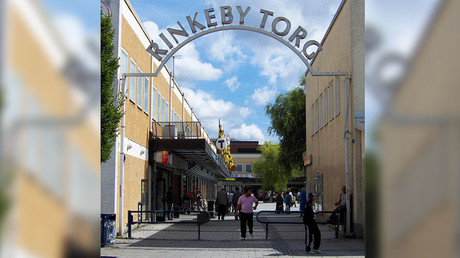 In 2015, the Swedish police released a report describing 53 districts throughout the country as “vulnerable,” and 15 listed as “especially vulnerable.” Vulnerable areas are described as having high rates of crime and poverty where police face unique challenges and have to adapt their approach. These neighborhoods may also host violent religious extremism, and locals don’t report crime to police for fear of retribution. (More below the fold)

Islamic refugees and migrants represent a historically violent challenge for the Swedish state.

Swedish intelligence, Säpo, has publicized a report which estimates that thousands of violent jihadis live in the country.

Säpo concludes that thousands of violent extremists live in Sweden. A number that has exploded in recent years.

“We have never seen anything like this before,” says Security Chief Anders Thornberg.

“We have gone from hundreds to thousands now,” says Thornberg. And he adds that the situation is serious to such a degree that Sweden is facing a “historical challenge”.

Swedish police receive 6,000 reports about incidents related to terror and extremism every month. That is some 200 complaints per day, which amounts to over eight reports every hour.

The new report, which has not yet been made public but was seen by journalists from the newspaper DN, adds eight more areas to the list, raising the number to 23.

These new areas are in the cities of Boras, Gothenburg, Landskrona, Malmö, Uppsala and in the capital, Stockholm.

According to Linda Staaf, head of the national police NOA’s intelligence department, these areas should have been classified as “especially vulnerable” earlier, but there was not enough information on them available.

“In comparison to the last report we now have more knowledge and a better picture,” she told DN.

Police have asked for more resources in dealing with these troubled neighborhoods.

“We know how to work when it comes to the problems in this area and our two previous especially vulnerable areas, that’s not the problem. But in order to do that in the right way we ought to be at least another hundred staff,” Malmö police chief Stefan Sintéus told DN.

These areas, which often host a large immigrant or foreign-born population, have been described as “no-go zones” by media. But this label has been rejected by the Swedish police, who admit that while there are difficulties in certain neighborhoods, they are not ones in which they cannot effectively work. The label has also been criticized as being a hyperbole that compares parts of a prosperous, industrial nation, with a still relatively low crime rate, to a war zone.

But for some service providers at least, the term “no-go zones” is more literal. In March, the president of Sweden’s ambulance union called for enhanced security for his personnel when working in the so-called “no-go zones,” saying first responders need “special” military-grade equipment to withstand the dangers of the mainly migrant-populated areas. And in April, the government-owned postal service PostNord has halted mail delivery to some addresses near the troubled Stockholm suburb of Rinkeby, where a large-scale riot took place earlier this year.

4 thoughts on “Sweden: THOUSANDS of violent jihadis ON THE LOOSE”