Merkel is out to destroy Germany

The German elections are Sunday. This election might well be the last chance for eternity to save anything like the wealthy, peaceful and developed, intelligent Germany we have seen since WW2’s end.

Those of you who have friends who are expat Germans and have a chance to vote in this election, please make them aware of the severity of this and show them this and encourage an AfD vote. They are not far right wing. They are classical Jeffersonian liberals and that is what we are all fighting to preserve.

Saarbrücker Zeitung explains their readers that it is not unusual for Sharia law to be applied in German courts, as, in Germany, the opinion prevails that “German law is not the only one or the best, but that all legislation must be respected as equal”.

It needs to be mentioned that Saarbrucken is a fever swamp where red vermin thrives. That includes all politclowns, journaille & courts. The Saarland has long been a communist fiefdom . 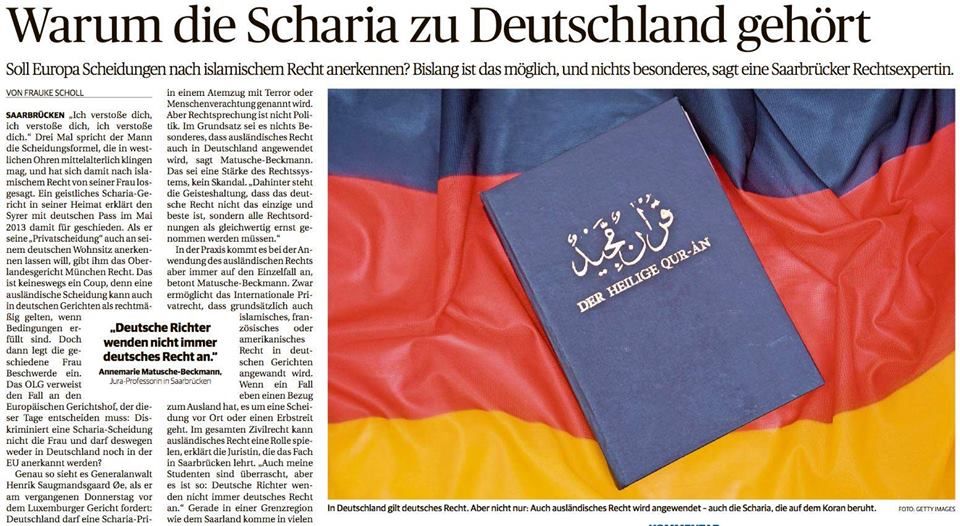 “Why the Sharia belongs to Germany. (…) In Germany, German law applies. But not exclusively. Foreign law applies, too – also the Sharia which is based on the Quran.” Saarbrücker Zeitung, Sept. 19, 2017

To view it that way were “a strength of the legal system, not a scandal”.

Of course. Just like war is peace, and freedom is slavery.

One thought on “Festerling!”