A caution for rape. A jail term for a Facebook post. That’s where we are.  Islam & Muslims must not be cliticised  or mentioned, no matter what the cost.

Hundreds of sex offenders, including rapists, are escaping with “a slap on the wrist” by simply being cautioned for their crimes, the Standard has learned.

Figures obtained by the Standard reveal more than 1,100 cautions were given to sex offenders in London, meaning they dodged court and potentially lengthy prison spells. The tally includes 16 cautions for rape, which carries a maximum life imprisonment sentence if convicted in court.

Cautions, described as “warnings”, require offenders to accept guilt and are mostly issued to deter first-time offenders or bypass court proceedings for lower-level offences. They are not recorded as convictions but can show on Disclosure and Barring Service checks, formerly CRB checks.

But the Scotland Yard figures show thousands more cautions were handed out for other violent and serious crimes as their use in London surged 25 per cent over the past five years.

Police and the Crown Prosecution Service insisted it was “rare” for offences as serious as rape to result in a caution. They said it could happen when victims cannot face the trauma of testifying in court. A caution ensures the offender is placed on the sex offenders’ register and monitored. 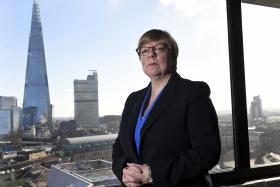 However, campaigners called for a “wholesale review” as the Standard’s findings revealed 183,043 cautions were issued from 2012 until last year, with 1,115 given for sexual offences, including 16 for rape.

The circumstances of the rape cautions in the figures are unknown. But previous cases in which cautions have been given for rape have involved child offenders, including siblings, and people suffering mental health problems. There have also been cases where crimes logged as rape by police have resulted in a caution for a lesser sex offence.

The figures were released following Freedom of Information requests submitted by the Standard. City Hall pledged to question the Government over the use of cautions.

Dianne Whitfield, of charity Rape Crisis, said issuing cautions for sexual offences was in most cases “wholly inappropriate” as “they don’t in any way reflect the seriousness of the crime or the long-lasting and often devastating impacts that sexual violence has”.

She said: “We will be raising this issue with the Government.” Scotland Yard said cautions for rape are “not a police decision” but are “authorised” by the CPS, along with other “indictable only” crimes which can only be tried in a crown court.

The CPS said it “carefully considers” the circumstances in each case and has only advised police in London to caution 2,500 offenders in the past five years, which includes minor offences and those dealt with by City of London Police as well as by Scotland Yard.

Mary Mason, of charity Solace Women’s Aid, said there was a danger cautioning attackers might make them think they can escape with “a slap on the wrist”. She said: “It’s always in the public interest to bring a charge.”

Richard Scorer, a specialist abuse lawyer from Slater and Gordon, said: “We are very concerned that perpetrators of serious crimes like sex offences are being given little more than a slap on the wrist.”