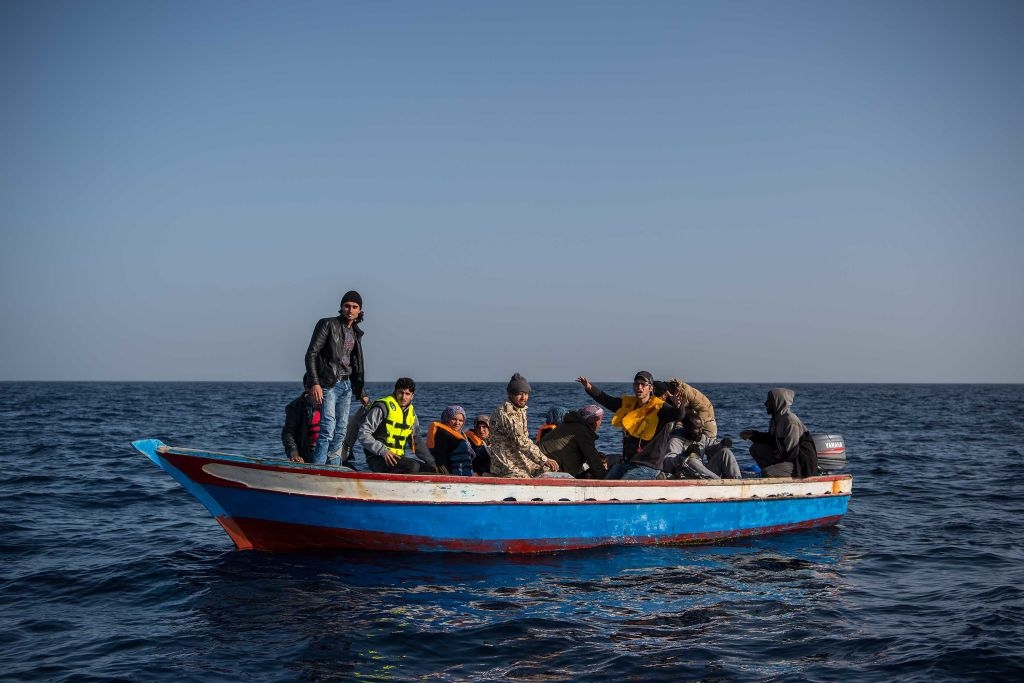 In 2015 and 2016, approximately 2.5 million migrants reached Europe, according to a Pew Research Center report. Pictured: Migrants off the coast of Libya attempt to cross the Mediterranean to Europe, on February 18, 2017. (Photo by David Ramos/Getty Images)

French President Emmanuel Macron this summer ended up in the middle of a political storm — with accusations of “racism” — for saying that women “with seven or eight children” are responsible for the current condition of the African continent, thus creating a challenge, according to Macron, that is “civilizational”.

The United Nations states that Macron is right. According to the UN’s annual demographic report, “World Population Prospects,” one-sixth of the world’s population currently lives in Africa. By 2050, the proportion will be one-quarter, and at the end of the century — when Africa will have four billion people — one-third.

One thought on “‘Muhammad’ is the Future of Europe”