“I’d also like to take this opportunity to remind people that any type of hate crime will not be tolerated. Emotive incidents like these can sometimes cause disharmony within communities. —No, we must not make the Muslims angry. Never mind the corpses on the pavement.

UK: Lincolnshire Police under fire for putting out a propaganda video about Muslims that is so full of false bravado, rewritten history, and self-pity, you’ll need a barf bag to get through it

The social media backlash against the Lincolnshire Police for promoting this sickeningly pro-Muslim piece of garbage, has been fast and furious. It makes Muslims look like the most noble people on earth, who help the poor, contribute great things to the culture, and make Britain a better country just by their presence there. The video focuses on an alleged rise in anti-Muslim “hate crimes” by people who don’t understand how wonderful Muslims are. LincolnshireLive  (h/t BNI) A barrage of negative online comments have been posted in response, with some accusing the police of producing a “propaganda” video and telling people what to think. Among those objecting to it were people posting on the police’s facebook page.

“Are we now not allowed to think our own thoughts!?” asked one. “We don’t require any indoctrination. Police should deal with law not religion.” “How do Lincolnshire Police view the ordinary, decent, Christian people of this country?” wrote another.

“The answer, most unfortunately, is all too plain. Continue to alienate the rest of us, and you’ll be facing some pretty huge problems further down the line, won’t you? (More below the fold)

British MPs have accused Donald Trump of “fearmongering” and of making “inflammatory and ignorant statements” after he claimed a rise in UK crime was caused by “radical Islamic terror”.

Among a number of comments on social media, co-leader of the Green Party, Caroline Lucas, tweeted: “OK @theresa-may, this is a test. Will you publicly condemn this outright fearmongering?”

Theresa May is asked to speak out as the US President claims a rise in UK crime is down to the “spread of radical Islamic terror”.
.

Trump  is right, 100%. What’s with the denial?   “Just don’t look, do nothing to make the Muslims angry, and run for your life when something happens”– that’s the advice Brits get from their establishmentWith 400 returned from ISIS, we’re waiting for the next jihad atrocity, which we know is coming & probably soon, but Trump is fearmongering.

RAPES SOAR IN AUSTRIA: HALF BY FOREIGNERS

Mass immigration is changing Europe in ways that explain the rise of anti-immigration parties: “The Austrian government has released new crime statistics that show sex attacks have risen by more than 25 per cent since last year and that migrants make up close to half of all known suspects in sex crime cases.”–The other half of the rapes are committed by other Mohammedans who have already  infiltrated Austria at an earlier time, which doesn’t make them Austrians.

Winston Churchill: the influence of the religion paralyses the social development of those who follow it. No stronger retrograde force exists…– Geller Report

(KABUL, Afghanistan) — Suicide bombers struck two mosques in Afghanistan during Friday prayers, a Shiite mosque in Kabul and a Sunni mosque in western Ghor province, killing at least 63 people at the end of a particularly deadly week for the troubled nation.

The Afghan president issued a statement condemning both attacks and saying that country’s security forces would step up the fight to “eliminate the terrorists who target Afghans of all religions and tribes.”

Stop calling them “Britons”, they are Mohammedan savages. They are as “British” as a rat from Banglatrash can be. 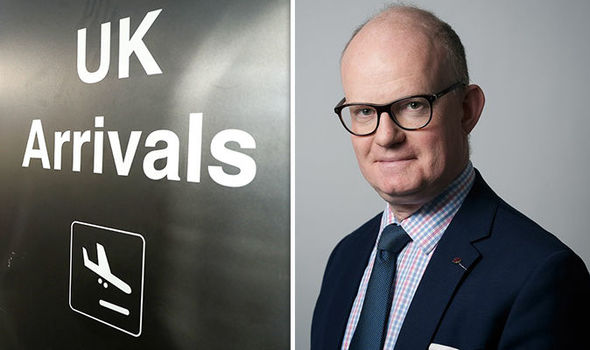 The Government’s new independent reviewer of terrorism legislation, Max Hill QC, has stated that authorities have decided not to charge returnees from Syria and Iraq.

He said: “We are told we do have a significant number already back in this country who have previously gone to Iraq and Syria.

“That means that the authorities have looked at them and looked at them hard and have decided that they do not justify prosecution and really we should be looking at reintegration and moving away from any notion that we are going to lose a generation from this travel.

“It’s not a decision that MI5 and others will have taken lightly. They, I am sure, will have looked intensely at each individual on return.

I wouldn’t be so sure about that at all. Two thumbs down!

“NOBODY should be getting special treatment and if you’re going to promote videos like this, then you need to do it for every faith and nationality in Britain. Looking forward very much to your video wishing us all a wonderful Christmas.”

I wonder what the families of British soldiers in Lincolnshire think of this film? The family of an active duty serviceman from Lincolnshire were so terrified they had to flee their home in 2015 after a threatening letter from Muslim jihadis was shoved through the mail slot in their front door. The letter, entitled “JIHAD – The Holy War For Islam” was a warning to the brides of British Soldier Warmongers” that threatened to “destroy the families of unbelievers”.

3 thoughts on “Once great Britain slipping into darkness”