We know very little about Stephen Paddock, the LV shooter

Convert to Muslim terrorist Stephen Paddock took 20 cruises, including stops in Jordan and the United Arab Emirates. Marilou Danley accompanied him on 9 of the cruises. ISIS tripled down on their claim that Paddock converted to Islam 6 months ago and carried out the terror attack

VEGAS killer Stephen Paddock visited the Middle East on a cruise within the last year, a police source has said.

The anonymous official confirmed the gunman had travelled on a dozen voyages over the past few years — one of which was to the region.

Police had earlier dismissed three claims by Middle Eastern terror group ISIS that Paddock carried out the attack on its behalf after converting to Islam six months ago.

But an anonymous police source last night told Associated Press that investigators are closely analysing the cruises he took in the years leading up to the massacre.

Among popular cruise destinations in the Middle East are Dubai and Abu Dhabi, Oman, the Jordanian port of Aqaba, Bahrain, Qatar and a number of Egyptian ports. The Sun reports how on ISIS expert believes it is plausible that Paddock was in contact with ISIS.

Rukmini Callimachi, a reporter with The New York Times who covers the fanatics for the influential newspaper, said IS’s claim carried weight.

She said: “ISIS has rarely claimed attacks that were not by either their members or sympathisers.

“I don’t buy the argument that they are now opportunistically claiming attacks to deflect from battlefield losses.”

Fifty-eight people were killed and more than 500 injured when Paddock pumped thousands of bullets into a musical festival crowd from the nearby Mandalay Bay Hotel.

He fired into the crowd using his arsenal of more than 20 assault rifles and killed himself shortly before police burst into his room.

Publicly, investigators have said they are struggling to establish a motive for the massacre.

Nearly a week after the deadliest mass shooting in modern U.S. history, federal agents on Saturday started hauling away the piles of backpacks, purses, baby strollers and lawn chairs left behind when frantic concert-goers scrambled to escape raining bullets from a gunman who was shooting from his high-rise hotel suite.

FBI agents fanned out across the crime scene near the Las Vegas Strip throughout the week stacking the belongings left from last Sunday’s shooting into more than a dozen large piles.

On Saturday morning, the agents were seen loading the items onto dollies and into the back of a white truck. Authorities have said they plan to return the belongings to people in the next week.

As Las Vegas police are appealing to the public for help in uncovering a wealthy retiree’s motive for massacring 58 people at an outdoor concert this week, US Vice President Mike Pence has visited Las Vegas offering solace. “We are united in our grief, in our support for those who have suffered and united in our resolve to end such evil in our time,” Pence said, joining Las Vegas Mayor Carolyn Goodman and other local leaders at a City Hall commemoration for victims of the shooting that followed a prayer walk through the city.

Participants trod 11km along four separate paths to City Hall for an event where security was high. President Donald Trump paid a visit to Las Vegas earlier in the week.

POLICE SAY THEY HAVE NO MOTIVE FOR MASSACRE

Police in Las Vegas said yesterday they have looked at “everything” in Stephen Paddock’s life and can find no motive for what drove him to commit America’s deadliest mass shooting.

Saying they could find “no known nexus” to suggest Paddock was acting on behalf of Islamic State, Las Vegas police confirmed he was alone in room 32135 of the Mandalay Bay casino when he opened fire last Sunday night.

A lawyer for Paddock’s Australian partner, Marilou Danley said she “continues to co-operate fully with the investigation”.

“She does not anticipate making any public statements today or in the immediate future,” he said.

Clark County Undersheriff Kevin McMahill yesterday expressed the frustration of police and FBI officers who have “run down well more than 1000 leads in this investigation”.

“Some of it has helped create a better profile into the madness of this suspect but we do not still have a clear motive or reason why,” said Sheriff McMahill.

“In the past, terror attacks or mass murder cases, motive was made very clear by a note that was left by a social media post, by a telephone call that was made.

“Today, in our investigation, we don’t have any of that uncovered. I wish we did.”

He issued an appeal for anyone with any clues to come forward.

“We do not clearly have a motive or a reason why,” he said.

“I can assure we are aware of all aspects of this case to include the rumour, innuendo and suppositions by many in the public.

While police said they were now confident Paddock was alone on Sunday night, they believe someone may have had knowledge of his plans.

‘We’re very confident there was not another shooter in that room,” he said.

‘What we cannot confirm is whether anybody else knew about this incident before he carried it out.”

Sheriff McMahill also offered more detail about the hotel security guard who is credited with saving countless lives after he approached Paddock’s room and distracted him.

“Jesus Campos is a true hero,” he said.

“He was dispatched to what they call a door alarm on the 32nd floor.”

“He went up there to investigate and as he was doing his job diligently, he came under fire from our suspect.

“He was struck in the leg, and he turned around, retreated. He notified his dispatch, which was absolutely critical to us knowing the location, as well as advising the responding officers as they arrived on that 32nd floor.

‘This was a remarkable effort by a brave and remarkable man. I don’t think we’ve done a good enough job of recognising him and his actions. For that I apologise.

“I want to clear the record. He is an absolute hero,” Sheriff McMahill said.

Las Vegas sheriff on shooter: “Did this person get radicalized unbeknownst to us?”

“Radicalized”: this word is quite often used to refer to Muslims who wage jihad. See, for example, this report from just yesterday, where the reference to “radicalism” is the only hint that we have that what is being described is jihad activity, although there is no doubt that was what it was. Lombardo may be tacitly acknowledging that the Islamic State’s claims to be behind this attack are accurate. Or he may be implying that Stephen Paddock was some other kind of radical. What kind? Antifa? The KKK? In any case, it’s a strange word to throw out there and leave hanging, but of course the establishment media “reporters” present did not follow up.

Speaking to reporters, Lombardo said, “I want to understand the motivation that you described, okay, to prevent any future incidents, and, you know, did this person get radicalized unbeknownst to us? And we want to identify that source.”

The Islamic State repeatedly claimed responsibility for the attack Monday, though federal authorities have said there is no evidence that is the case.

Paddock, a 64-year-old white male, wired $100,000 to an account in the Philippines a week before his attack, which was the deadliest mass shooting in modern American history….

The Las Vegas shooting is part of the wider problem of “messed-up men”, according to a Melbourne Age column.

And the obvious connection – obvious to leftists, anyway – is made: 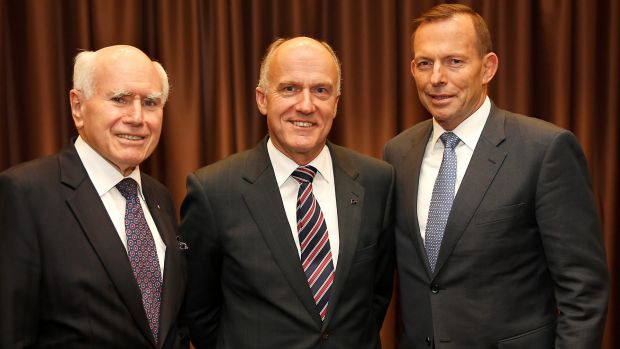 Las Vegas shooting is part of the wider problem of messed-up men, writes Steve Biddulph
.
The piece is by author and psychologist Steve Biddulph, who might be worth some examination himself.
Winds Of Jihad Music
My Allah Is Better
Muslim Woman
Can't We All Just Get Along
Abu Hamza
Tollerance
The Imam
Philistine Child
Harry The Taliban
The Shoe Bomber
Never Do A Thing Like That
Zarqawi