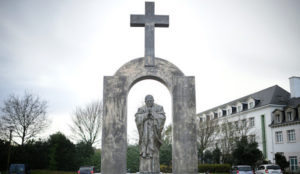 In a bizarre turn of events, the group of “free thinkers” that fought to have a cross removed from public property in northwest France is now fighting to save a mosque.Obviously, these are not “free thinkers”, but a bunch of mindless zombies. Their nihilism will only destroy themselves. More below the fold. For the first time, an entire neighbourhood in Paris has been blacklisted by the French postal service as too dangerous to deliver mail. As far as I know however, the French government still denies the existence of “no-go-zones”.

Detroit Doctor: ‘It’s Not Genital Mutilation – Only a Nick”… 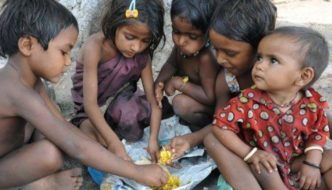 The Qur’an says, “Muhammad is the apostle of Allah. Those who follow him are merciful to one another, ruthless to unbelievers” (48:29). So Islamic charity tends to go only to Muslims; indeed, it is forbidden in Islamic law to give zakat to non-Muslims, although that prohibition can be set aside for purposes of proselytizing. In […] The Solution to the Problem of Islam in France: Double the Number of Mosques!

Abdallah Zekri is a member of the Collective Against Islamophobia in France (Collectif contre l’islamophobie en France, CCIF) and runs the Islamophobia Observatory for the French Council for the Muslim Faith (Conseil français du culte musulman, CFCM).

In the following video, Mr. Zekri puts forward his solution to the problem of street prayers in France: increase the number of mosques in the country from 2,500 to 5,000 — that is, double the number of barracks armories dens of sedition houses of Islamic worship. Yep, that’s bound to solve the problem!

Many thanks to Oz-Rita for the translation, and to Vlad Tepes for the subtitling:

END_OF_DOCUMENT_TOKEN_TO_BE_REPLACED

Groups such as the National Federation of Free Thought (FNLP) are anything but free thinkers. Instead, they are cultlike; their followers operate like zombies, believing any propaganda preached to them and not questioning  gross discrepancies such as this one:

In a bizarre turn of events, the group of “free thinkers” that fought to have a cross removed from public property in northwest France is now fighting to save a mosque.

“Human rights” for these far-left groups (such as the FNLP) generally center around anti-Christian and/or anti-Zionist drives, no matter how unjust; the abhorrent objectives, gross injustices and abuses perpetuated by jihadists and Islamic supremacists are their blind spots.

Despite the FNLP’s anticlerical slogan of “No gods, no masters!”, the group’s real animus is against Christianity rather than religion in general….Even overtly atheist groups have criticized the FNLP for its complacency toward Islam combined with a virulent hostility toward anything Christian.

It was because of Judeo-Christian principles that generally accepted understandings of human rights evolved and advanced; now those values are in decline due to the Islamization of the West and far-left water-carriers for the hijrah.