The truth is incontrovertible. Malice may attack it, ignorance may deride it, but in the end, there it is.– Winston Churchill

The Trump Effect. I doubt this heralds genuine change in the Saudi worldview or Wahhabi Islamic theology, but the Saudis need the United States in their struggle against Iran, and so they’re making “moderate” noises. But the Qur’an and Sunnah say what they say. If the Iranian threat were to be neutralized, these signs of Saudi “moderation” would melt into the air, but they’re good to see while they last. 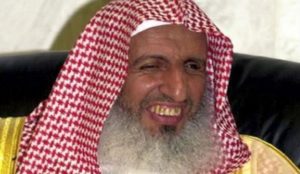 An Israeli minister on Monday welcomed remarks by a mufti of Saudi Arabia that Palestinian resistance group Hamas is a terror organization.

“We congratulate Abdul Aziz Al-Sheikh, the grand mufti of Saudi Arabia, as well as the head of Ulema (Islamic scholars) for his fatwa forbidding the fight against the Jews and forbidding to kill them,” Israeli Communications Minister Ayoub Kara wrote on his official Twitter account.

The minister also welcomed the mufti’s remarks in which he considered Hamas a terror organization, adding “I invite the mufti to visit Israel; he will be welcomed with a high level of respect.”

Earlier, the mufti said while answering a question on a television program that fighting against Israel was inappropriate and said Hamas was a “terror organization” in reply to a question regarding last July’s anger across the Israeli-occupied West Bank when Israel shut Al-Aqsa Mosque, which is venerated by Muslims and Jews, following a deadly shootout….