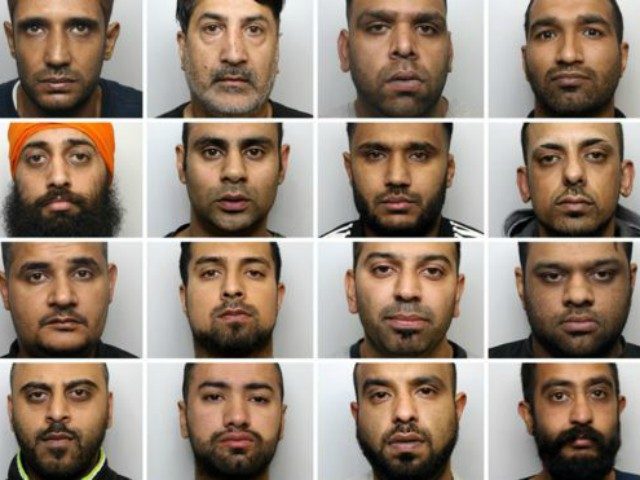 Another gang of all Paki Muslim thugs in the north of England (Huddersfield, this time) has been jailed for raping hundreds of mostly underage white girls. But that’s only half the story.

What’s almost worse is the fact that even after all the widespread evidence that similar groups have been perpetrating these barbaric practices all over Britain for decades, the left-liberal establishment is still determinedly trying to hide the truth of what is happening.

Let me show you some examples. 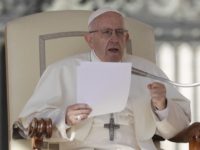 ROME — For Jesus, insults are a way of “killing” our brothers and sisters, Pope Francis said Wednesday, urging his hearers to commit to never insulting anyone.
“We are in the habit of insulting other, it’s true, and insulting others becomes like breathing,” the pope told the crowds gathered in Saint Peter’s Square for his weekly audience. “But Jesus tells us: ‘Stop, because insults hurt, they kill.’”

Spooked by Absurd Beliefs in Finland

Thousands of people showed up to march for stricter climate policies in Finland on Saturday, after a report from the UN’s IPCC said that drastic measures are necessary to avoid catastrophic environmental damage. Participants in “The Time to Act is Now!” demonstration called on political decision-makers in Finland to quickly introduce stringent measures to limit global warming to 1.5 degrees Celsius.

Here is David Lammy, a race-baiting Labour MP who, if things go seriously wrong – as they might – could soon be a senior member of government. I love the idea of David Lammy lecturing anybody on shame. It’s a bit like Kim Kardashian accusing someone of whoring themselves for publicity.

It’s perfectly obvious to anyone with even a rudimentary understanding of the rape gang issue that the majority of perpetrators are Muslim, most originating from a particular part of Pakistan. This is not racism. This is simple, verifiable fact. Lammy is not stupid. (Well, not that stupid). His dishonesty here is not merely shameless but dangerous. It’s dangerous because, as we know from various inquiries into the rape gang phenomenon, one of the main reasons the authorities failed to act because they were all so terrified of being accused of the kind of racism with which Lammy is now ludicrously trying to tar Javid.

But Javid is being culpably dishonest too. He is using the cant word “Asian” because he dare not use the more politically contentious terms “Muslim” or “Pakistani”. This euphemism doesn’t let him off the hook: it is a grave insult to all those Asian communities – from Chinese to Sikhs – who are perfectly well integrated in Britain and don’t go around gang-raping little girls. Really, we should expect better from a senior member of a supposedly Conservative government – especially one who is among those tipped to replace the dreadful Theresa May once she has finally been defenestrated.

If you want to see dishonesty and cant at play, though, it’s quite hard to beat this glorious contribution from the BBC’s Home Affairs correspondent Dominic Casciani. As Casciani must surely know – it is his job, after all – “the ringleader of this massive abuse ring” did NOT come “from a Sikh background.”

To say that the gang’s vile, predatory ring-leader comes “from a Sikh background”, then,  is a horrible insult to true Sikhs – many of whom have had their daughters too preyed upon by these Muslim gangs.

Worse than that, though, there is something perniciously obfuscatory about Casciani’s tweet. It’s almost as if he is deliberately trying to give the impression that the rape gang problem is not primarily a Muslim Pakistani issue.

One more bit of weaselry worth mentioning: many of the media reports on the latest round of rape trial convictions prominently feature Tommy Robinson.

The Telegraph, for example, actually leads on him:

“A series of trials that were almost derailed by Tommy Robinson, the English Defence League founder, have ended with 20 members of an Asian gang being convicted of abusing and raping girls as young as 11.”

You see what’s going on here. The juxtaposition tacitly hints that there’s a moral equivalence between Tommy Robinson and the Pakistani Muslim rape gangs. This is a very dirty, dishonest trick indeed, for at least two reasons.

First, and most obviously, taking video footage of men who drugged and raped little girls is not in the same league as actually drugging and raping little girls. Nowhere near.

Secondly, the case – as is being repeatedly made across the mainstream media – that Tommy Robinson genuinely jeopardised these men’s convictions remains very much unmade. It’s entirely possible that the threat was merely theoretical. The fact that the convictions went ahead, for example, distinctly suggests that Robinson didn’t – to use the Telegraph‘s phrase – “almost derail” the trial at all.

It may suit the liberal elite to pretend – for reasons of cowardice and political correctness – that the problem posed by the “far-right” is equal to that posed by unassimilated Muslim communities utterly contemptuous of British culture. But it just ain’t so. Ask any of the many thousands of girls across the country, for example, who have been raped by gangs like the latest rogues’ gallery of leering uglies.

Until our liberal elite faces up to the truth, things are going to get a lot, lot worse before they get better.