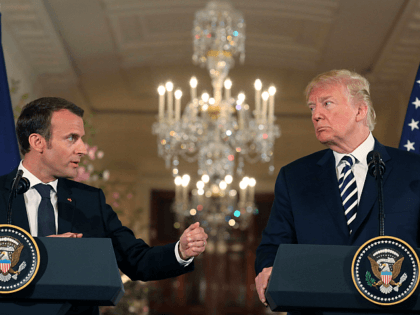 “The European Revolution Has to Be Socialist”

A few days ago we posted about the Communist origins of the European Union, and in particular the Italian Communist Altiero Spinelli, who became one of the “fathers” of the EU.

The current leaders of the European Union acknowledge their debt to Altiero Spinelli and his Ventotene Manifesto. The ideology and methodology of the manifesto are blatantly Communist — not to mention totalitarian.

The video below about the Ventotene Manifesto was recorded by the same Polish commentator as the longer one we posted earlier, but this one was translated in-house. Many thanks to Ava Lon for the translation, and to Vlad Tepes for the subtitling:

END_OF_DOCUMENT_TOKEN_TO_BE_REPLACED The artist formerly known as Sinead O’Connor has said she “never wants to spend time with white people again”.

Last month, the Irish popstar announced that she had changed her name to Shuhada’ Davitt and converted to Islam.

In a string of messages posted to Twitter, the 51-year-old – who shot to fame in 1990 for her version of “Nothing Compares 2 U” – called all those who are not Muslims “disgusting” and criticised Christian and Jewish theologians.

When It Comes to Modern Judenhass In France, the Craven French Refuse to Take Sides

Is it any wonder that more and more French Jews are hightailing out of there?:

France has a painful history of anti-Semitism, with its worst hours coming in the 1930s and during the German occupation in World War II. But in recent months, an impassioned debate has erupted over how to address what commentators are calling the “new anti-Semitism,” as Jewish groups and academic researchers trace a wave of anti-Semitic acts to France;s growing Muslim population.

Nearly 40 percent of violent acts classified as racially or religiously motivated were committed against Jews in 2017, though Jews make up less than 1 percent of France’s population. Anti-Semitic acts increased by 20 percent from 2016, a rise the Interior Ministry called “preoccupying.”

In 2011, the French government stopped categorizing those deemed responsible for anti-Semitic acts, making it more difficult to trace the origins. But before then, Muslims had been the largest group identified as perpetrators, according to research by a leading academic. Often the spikes in violence coincided with flare-ups in the conflict between Israel and the Palestinians, according to researchers.

For the French government, the issue is deeply complicated, touching on the country’s rawest political nerves, as well as ethnic and religious fault lines. France has Europe’s biggest population of both Jews and Muslims, and Muslims face both discrimination in employment and in their treatment by the police.

French leaders fear pitting one side against the other, or even acknowledging that a Muslim-versus-Jew dynamic exists. To do so would violate a central tenet of France–that people are not categorized by race or religion, only as fellow French citizens, equal before the law.

What utter balderdash! What French leaders really fear–duh!–is the wrath of the Jew-haters.