As Long As Enemies Of The State Keep Dying Before Trial, No One Should Trust The State

Authored by Ted Rall via The Unz Review,

There is no other way to say it: It was a political assassination.

Osama bin Laden was unarmed. SEALs captured him alive. Following brazenly illegal orders from Washington, they executed him. “The (Obama) administration had made clear to the military’s clandestine Joint Special Operations Command that it wanted bin Laden dead,” The Atlantic reported on May 4, 2011.

This is all just based on hearsay & speculation. Fact is, we don’t know if bin Laden was killed. We never saw as much as a photo of his cadaver. The seal-team who launched the raid was blown to smithereens, which was no accident. But do read on….

END_OF_DOCUMENT_TOKEN_TO_BE_REPLACED

Matteo Salvini: “Only those who have permission to enter will come to Italy”

Italian Prime Minister Giuseppe Conte has resigned. The government of Italy is in limbo. The populist 5-Star Movement (M5S) is negotiating with the leftist Partito Democratico (PD) about a possible new coalition. But Matteo Salvini is staying firmly on-message.

Michael Mann’s long-running defamation lawsuit against Canadian climate sceptic Dr Tim Ball has been thrown out by the Supreme Court of British Columbia. And the news gets even better from there: This is an important victory in the process of debunking the warmist scare.

Mark Steyn’s article  below the fold.

The following video is of Dr. Patrick Moore, co-founder of Greenpeace discussing a natural phenomenon using science, as he is a scientist. He is refuting the metaphysic of the subject, scientism, that is used as propaganda in order to push the global warming narrative.

It is worth noting that the man made global warming, or climate change nonsense is in fact a Marxist negation of Western industrial activity. It is to industry what “hate speech” is to freedom of speech for non-leftists, and what “trans-gender” is to actual biology. Scientism Vs. science with the result that truth ends up not mattering, and in fact, will soon become an actual crime. (Thanks to Vlad Tepes) It’s white on white in white. Has the white half of Barack Obama gone white supremacist?  Is the lavish house on Martha’s Vineyard just purchased by the former first couple one of those racist “dog whistles” that progressives so often are able to hear? 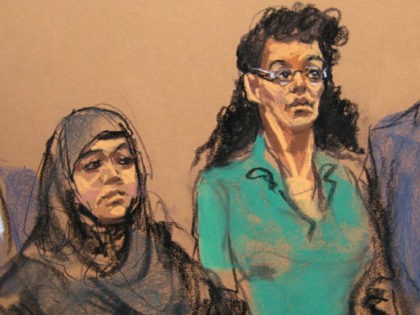 “Explosive incidents and bombings in Sweden”

Bombings and Explosions Up 45 Percent in 2019

Al Jazeera’s Mehdi Hasan is a vicious liar and Israel-hater.

PROTESTERS IN HONG KONG ARE CUTTING DOWN FACIAL RECOGNITION TOWERS.

Now if we can get America to reject (socialism,) totalitarian communism.pic.twitter.com/BNQXVN616G

Only in America can you go to jail for cheating to get into college but if you cheat to get into America you can go to college for free. 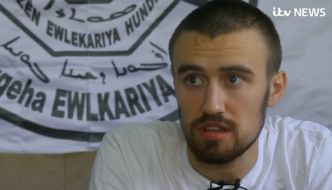 Scientists studying satellite images of the fires in the Amazon rain forest said most of the fires are burning on agricultural land where the forest had already been cleared through years of deforestation. 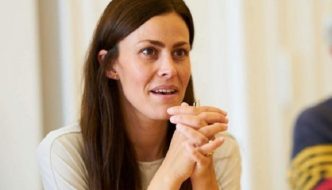 That would be a good move.

Tucker Carlson exemplifies for us, how the concepts discussed by George Orwell in his various books on communism, are being applied to the detriment to the US at this time.

For anyone wishing to have an in-depth understanding of the Hegelian-Marxist use of language to deconstruct everything good in our culture, please download and study this document. It is very worth your time and effort to do so.

HOW OFTEN DOES THE ABC BROADCAST THIS ISLANDS-ARE-DROWNING UNTRUTH?

Global warming falsehood are again presented on the ABC as unchallenged fact. The Guardian’s Katherine Murphy on Insiders today pushes the islands-are-sinking fraud, claiming Pacific islands are on “the front line” of gobal warming face an “existential threat ” – and not one of the three others on Insiders point out she’s wrong.

That’s not surprising to some extent, because host Fran Kelly is addicted to this falsehood, too.

But from the Intergovernmental Panel on Climate Change:

In summary, confidence in large scale changes in the intensity of extreme extratropical cyclones since 1900 is low… Over periods of a century or more, evidence suggests slight decreases in the frequency of tropical cyclones making landfall in the North Atlantic and the South Pacific

Professor Paul Kench and Dr Arthur Webb studied 27 atoll islands in the central Pacific over a period of up to 60 years. They said: “Results show that 86% of islands remained stable (43%) or increased in area (43%) over the timeframe of analysis.”

And how often Murphy calls sceptics “deniers” of the science? It is in fact the climate hysterics who repeatedly and recklessly deny the science.

Jacinda does that by wearing a fashionable hijab, which has nothing to do with Islam or with submission, right? She promised to help workshop aspiring Muslim leaders in politics.

Responding to a question about how the Muslim community can rise to leadership positions, Ardern said she’d like to unite them with local and central government.

“I would love for us to create a forum where we can spend some time together, as politicians and women with those who are interested in taking on leadership roles.”

She asked the conference who was interested – and an uproar of applause broke out. Meanwhile, Alan Jones is battling it out with his Moonbat advertisers, who are spooked into dumping his show for more Moonbattery: Another Day, Another Mosque

Angry residents have gathered at Castle Hill RSL to fight plans for a Mosque in Glenhaven.

The Australasian Centre for Corporate Responsibility wants to stop Qantas’s involvement in the forced deportation and transfer of asylum seekers between sites of detention.

And thanks to Qantas’s pandering to the UN they might just get there.

Yesterday, these resolutions were added to the Qantas AGM agenda. 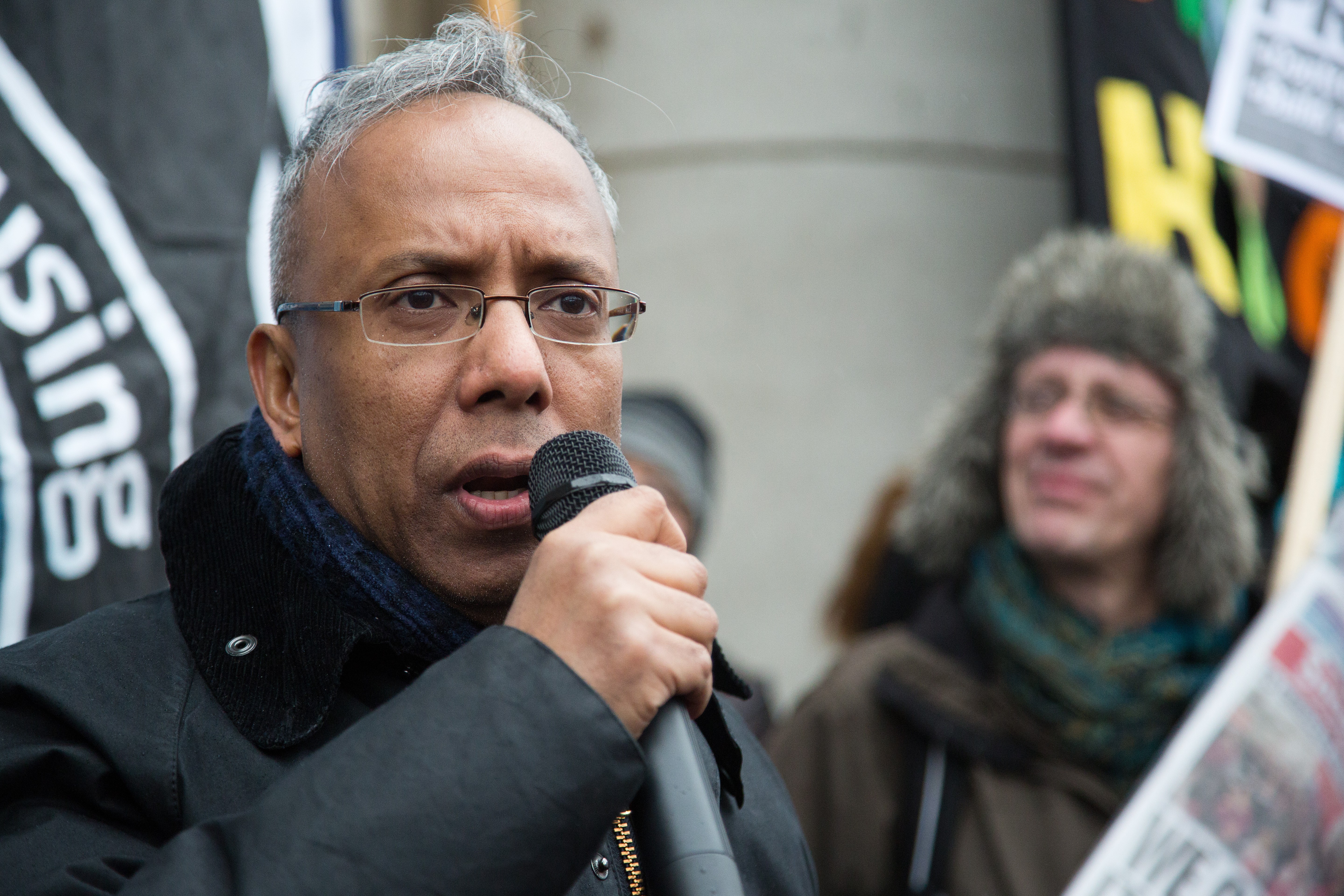 END_OF_DOCUMENT_TOKEN_TO_BE_REPLACED

In other words, they’re not fighting the invasion. 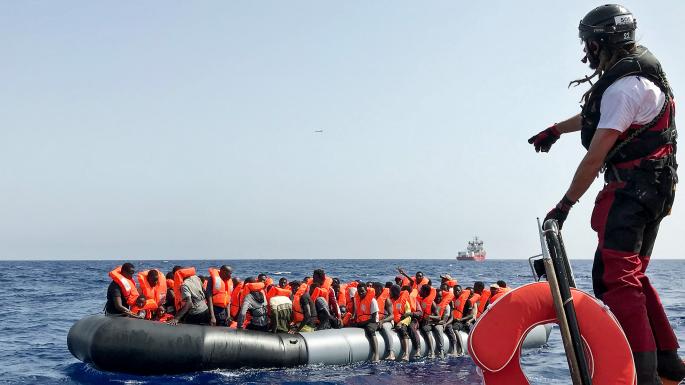 More than 1,500 Moslem illegals made the deadly sea crossing from Turkey in the first week of August

The number of illegal migrants making the deadly sea crossing from Turkey to Europe has tripled in recent weeks.

Greece has about 90,000 migrants in more than 50 camps and centres across the mainland, northern frontiers and five Aegean islands. Many of the camps are squalid, overcrowded, rife with disease and home to unaccompanied minors. The surge in crossings has provoked fears that Greece will soon have more than the 100,000 that it says it can accommodate, which would result in a humanitarian crisis for the EU’s poorest member state.

A couple of thousand new arrivals in the last few weeks

To evade the coastguard, they use fast boats

In this vid, they manage a #GhostLanding(without ever being noticed by the authorities) pic.twitter.com/3kWcrVBnTU The Obamas bought a $15 MILLION estate in Martha’s Vineyard. The 6,900 sq ft estate sits on the beach and has 7 guest rooms. But if the polar ice caps are all melting, won’t beachfront property be under water? Or maybe he doesn’t really believe the global warming alarmists.

Clearly, the Obamas don’t honestly believe in sea-level rise. So, exactly why do they believe in it when it isn’t true, and worth investing in the exact opposite? Smell the agenda? With all the media claims about the Amazon burning at “record” rates, it is perhaps worth realizing that NASA says total fire activity is close to the average of the last 15 years

There is one discordant note in this Sky News weeper about the supposedly inhuman conditions that Muslim migrant welfare recipients are being forced to endure in Britain: “She even said it was worse than when she lived in a ‘normal house’ in Eritrea and Sudan.”

Indeed. And there’s the rub. The British government had no obligation to take her in and give her a home, but it did. Children’s Commissioner Anne Longfield said: “Something has gone very wrong with our housing system when children are growing up in B&Bs, shipping containers and old office blocks.”

Maybe. Or maybe it’s a problem with Britain’s immigration policies.

Meanwhile, Lulu Abubaker, in the video below, complains bitterly about her accommodations, and clearly thinks the British authorities should provide her with better housing. Why does she have such a sense of entitlement? One reason may be because non-Muslims paying for the upkeep of Muslims is a Qur’anic dictate:

Always make sure not to connect the dots. Jihadis themselves relate to Allahu akbar as a battle cry. But you, filthy kuffar, must not say that.

‘Allahu Akbar’ – ‘Allah Is The Greatest’ – A Jihadi Battle Cry

The Grand Mufti of Australia and New Zealand Dr Ibrahim Abu Mohammed told SBS Arabic24 that there was a need to “end misunderstanding” around the phrase Allahu Akbar, following the Sydney CBD stabbing which left one person dead.

A Sydney man is accused of killing 24-year-old Michaela Dunn in a Clarence Street apartment before allegedly stabbing 41-year old Linda Bo at the Hotel CBD.

Eyewitnesses allege that the man shouted ‘Allahu Akbar’ during the attack.