After eight disastrous years of Obamunism, investigating Democrat crimes and treason is an impeachable offense.

Rush Limbaugh: America is in a “Cold Civil War”

Trump on the cusp of destroying the deep state.

Rush Limbaugh says that America is in a “cold civil war” because President Trump is on the verge of fully exposing the deep state.

“Their goal is to drive the president of the United States out of office because they hate him.”– Newt Gingrich Joe Biden ‘Was Steering Billions to Ukraine’ for Access, Influence

Trump going off in the Oval:

“Adam Schiff… made up what I said. He actually took words and made it up.”

Shifty Schiff, a subversive & a homo too? .@RepAdamSchiff is a hypocrite. pic.twitter.com/LFbGFBUG6r “Mr. Bottom stated that he has been Mr. Schiff’s gay lover for many years and has endured a plethora of physical, emotional, and sexual abuse.”

It's how DemoRats operate.

Hillary Clinton: Trump Is ‘Obsessed with Me,’ ‘Knows He’s an Illegitimate President’

Chutzpah. These DemoRats believe attack is the best defence.

That Allah had some interesting priorities… 🙄 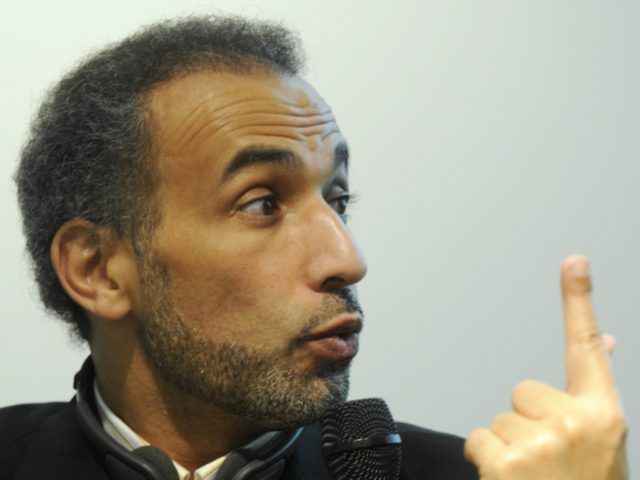 END_OF_DOCUMENT_TOKEN_TO_BE_REPLACED

Sounds like just the right Islamoprop the Jesuit commie pope  wants to hear in Rome:

The leader of the largest independent Muslim organization in the world met Pope Francis this week to present his vision for a more peaceful future and greater human fraternity.

Sheikh Yahya Cholil Staquf leads the 50 million-member Nahdlatul Ulama movement, which calls for a reformed “humanitarian Islam” and has developed a theological framework for Islam that rejects the concepts of caliphate, Sharia law, and “kafir” (infidels).

Nahdlatul Ulama is a traditionalist Sunni Islam movement in Indonesia following the Shafi’i school of jurisprudence. NU was established on January 31, 1926 in Surabaya as a response to the rise of Wahabism in Saudi Arabia and Islamic modernism in Indonesia END_OF_DOCUMENT_TOKEN_TO_BE_REPLACED

From the Climate Activism crosses the religious threshold and YGBFKM department comes this inanity.

Jesus has left the building. The Church of Sweden seems to have given up Christianity to declare the fanatical little retard Greta the patron saint of The First Church of the Climate Cult. Greta will likely be the first retard to win the Nobel Prize since the undocumented Magic Negro, Hussein Obama.

Via Bibliatodo Noticias via Google Translate:

For [her] defense of the environment, the Swedish church has claimed that activist Greta Thunberg is the “successor of Jesus Christ” at this time.

“Ad! Jesus of Nazareth has now named one of his successors, Greta Thunberg, ” wrote the Limhamns Kyrka church on Twitter.

Swedish archbishop thinks Greta is like an old testament prophet.

St Greta of Thunberg – Her Gospel Is Pure Propaganda; Her Cause Is Evil 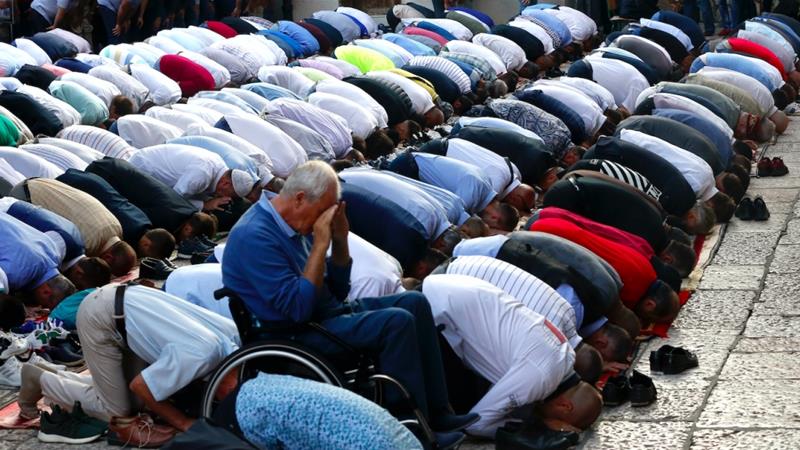 Bosnian Muslims gather in front of the city’s main mosque for morning prayers on the first day of Eid al-Adha, in Sarajevo, Bosnia and Herzegovina, August 11, 2019 [Fehim Demir/EPA-EFE]

Islamophobic rhetoric at the political level, which at its peak in the 1990s Bosnian War played a significant role in the massacre of thousands of Bosniak Muslims, is once again being used by Serbian and Croatian politicians – including those of Bosnian background – with dangerous aims, according to a new report.

During the 1992 -1995 conflict, divisive and dehumanising language was used with the hope of splitting the country into “Greater Croatia” and “Greater Serbia”.

Cry me a river! The ‘Greater Albania’ idea is much more alive in the heads & hearts of Bosnian Moslems than Croats & Serbs.

According to the European Islamophobia Report 2018, which was published by the Ankara-based Foundation for Political, Economic and Social Research think tank on Friday, politicians and some sections of the media are today attempting to falsely present Bosnia as a “radical Muslim haven” in order to undermine the country – again with the aim of dividing it territorially.

“In 2018, Milorad Dodik, the Bosnian Serb leader and newly elected Serb member of the Bosnia and Herzegovina presidency, dehumanised Bosniak Muslims by referring to adhan (call to prayer) as ‘howling’ on a show on public Serbian television,” wrote Hikmet Karcic, a researcher at the Institute for Islamic Tradition of Bosniaks who authored the report’s section on Bosnia and Herzegovina. END_OF_DOCUMENT_TOKEN_TO_BE_REPLACED Omar, with her hijab, her immigrant background, and her determination to see nothing good in her adopted homeland is a revered figure on the Left, and particularly among the Islamic establishment that is tied to Hamas and the Muslim Brotherhood. Leftists and Islamic supremacists in the United States love her anti-Americanism, her burning hatred and contempt for the chief executive, her endless victimhood posturing. And there is no reason why they shouldn’t: Antifa, CAIR and their allied organizations are working from the same playbook. END_OF_DOCUMENT_TOKEN_TO_BE_REPLACED

Pope Francis expressed his conviction that immigration is not only a reality that must be tolerated, but an effective means of mixing races and cultures that should be positively encouraged. 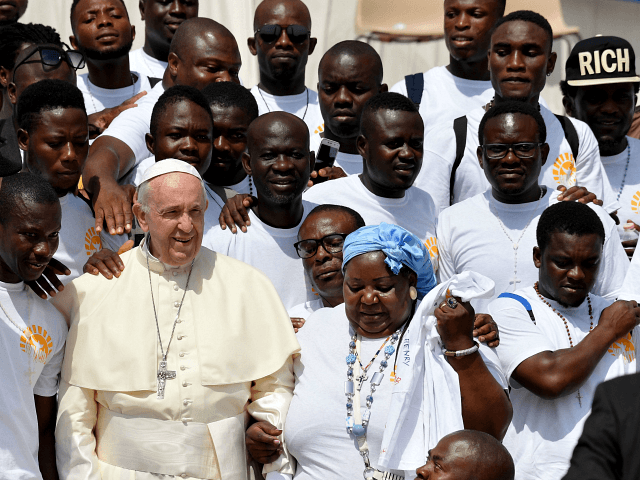 “Fuck you, Greta” is now blasphemy  against the warming cult & will be punished by the Merkel regime

Two long and beautifully designed Greta pigtails hang from the trunk. Above them is written “Problem solved”, and a little further up “Fuck you Greta”. The public prosecutor’s office has initiated an investigation against a man from Plauen who has stuck the pigtails on his car. “The accusation to be examined is a public request to commit crimes,” says Ines Leonhardt, spokeswoman for the Zwickau public prosecutor’s office. One could see in this kind of tailgate decoration the glorification of violence against children and the invitation to do harm to a certain person. The penal code provides for up to three years imprisonment.A citizen filed a denunciatory complaint. Just the sticker “Fuck you Greta”, which for example a citizen stuck on his old Citroen, was considered an insult, according to the prosecutor.

This is what it’s all about since the very beginning. That’s all there’s to it. They know exactly what they are doing and know exactly how to use children for their propaganda & scare campaigns. The fake news media are now leading the radical Left and using their platform to push the socialist agenda.

The UN climate chief, Christiana Figueres stated earlier this week that democracy is a poor political system for fighting global warming. She also said that communist China is instead the best model.

“Isn’t the only hope for the planet that the
industrialized civilizations collapse?
Isn’t it our responsibility to bring that about?”

“Want Peace With India? Then Act Against Terrorists”: US To Pakistan

US diplomat Alice Wells also criticised Pakistan Prime Minister Imran Khan for raking up the Kashmir issue when its ally, China, was “actively persecuting” the Uighur population in Xinjiang province.

Thank you Pat Buchanan, for grasping what is at stake:

“If that happens, that is irreversible. … There is no way back from a multicultural Europe,” said Orban. “If we make a mistake now, it will be forever.”

In any other time, it would have been obvious that Orban is correct. But in ours, people have been brainwashed by political correctness to the point they will not even defend their own existence — and it is existence that is at stake.

As long as Europe’s borders remain open, they will come. And the people who wish to come number not just in the millions but the tens and scores of millions. …

Jean Raspail’s “The Camp of the Saints” is proving more prophetic than Aldous Huxley’s “Brave New World” or Orwell’s “1984.”

Considering the crises facing Europe, the question is no longer: Will the EU survive? It is Orban’s question: Will European civilization survive the century?

Unless people quickly take charge who will do whatever it takes to defend Europe from invasion, the answer is no. Given the birthrate differential, it will not take long to reach the point of no return.

The threats raised by the mass migration into Europe rise to the level of the existential.

Can a civilization survive the replacement of the people who created it by people of other races, religions, and civilizations?

The only difference is that the future Third World inhabitants of Europe won’t be putting the sad broken remnants of the displaced native population on welfare; they will have neither the inclination nor the resources.

But these Third World invaders have one thing that is not mentioned here, and that is Islam. Islam doesn’t have any inclination to put conquered natives on welfare, it say’s “kill the unbelievers”.  When it comes to killing, the Mohammedans are doing a splendid job. And they have allah on their side.