His cadaver should have been fed to pigs.

US officials and the establishment media need to make up their mind. On the one hand we are told that the Islamic State, and jihad terrorism in general, has nothing whatsoever to do with terrorism, that terrorists have “hijacked” Islam, as Karl Rove repeated on Fox yesterday, and then we see the world’s biggest terror leader being given Islamic burial rites, just like the last terror leader. So which is it, State Department? Which is it, Reuters? Are those who recognize that Islamic jihad terrorists are working from texts of the Qur’an and Sunnah racist, bigoted “Islamophobes,” or is Islamic terrorism actually Islamic? You can’t have it both ways, but you probably will anyway. 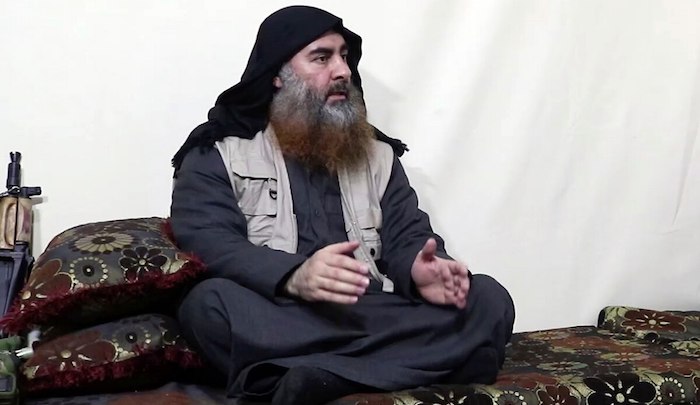 WASHINGTON (Reuters) – The United States has given the remains of Islamic State leader Abu Bakr al-Baghdadi a burial at sea and afforded him religious rites according to Islamic custom after he was killed in a U.S. commando raid in Syria on Saturday, three officials told Reuters…. The Washington Post reported on the death of Caliph Abu Bakr al-Baghdadi with a headline describing him as the “austere religious scholar at the helm of Islamic State”. There’s no word on how the venerable WaPo reconciled that description with its earlier coverage depicting ISIS as purveyors of a distorted and “extremist” interpretation of Islam.

The stupid is strong in this one:

BREAKING: Speaking this morning on CBS "Face the Nation," Obama's Jt Chiefs Vice Chair James Winnefeld bashed Trump for "piling humiliation" on ISIS after lethal raid on its kingpin:"If you look back at the bin Laden raid, we treated his body with respect that is due under Islam" pic.twitter.com/qUavXsHYOl

Sick individuals these DemoRats …. They believe ruthless, heartless Koranimals should be respected. They believe terrorist headchoppers shouldn’t face the death penalty (claiming they have human rights) It’s sickening to hear them.

This will crack you up! If you think John McCain and John Kerry are patriots.. you need to check yourself!! Here we have veteran John McCain pictured with the terrorist Al-Baghdadi… but why?? Money for nothing & the stupid for free. 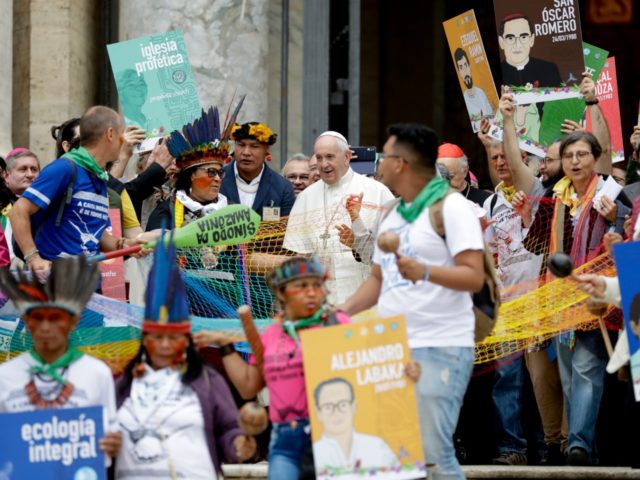 ROME — A group of regional leaders from the Amazon proposed Monday at the Vatican that rich nations be compelled to indemnify them for environmental damage caused in the so-called “lung of the planet.”