The Paris Grand Mosque and the Union of French Islamic Organizations (UOIF), who are bringing the action, appear to be a little confused as to the difference between a race and a religion. They are claiming that reprinting the cartoons is a racist act on a par with anti-Semitic violence or Holocaust denial.

They are sure good dishing it out:

Publisher Philippe Val rejects the charge that his magazine was racist against Muslims. “It is racist to imagine that they can’t understand a joke,” he told the weekly L’Express.

Well brother, as the Ayatollah Khomeini said: There is no fun in Islam!

A Paris court will hear the case on Wednesday and Thursday and issue its ruling at a later date. Hopefully that ruling will be to recognise that Islam is a religion, not a race. It’s a set of ideas that one can accept or reject, not something you’re born with. It has no more right to any special pleading than any other set of ideas. 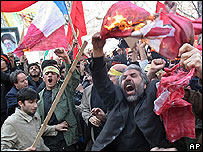 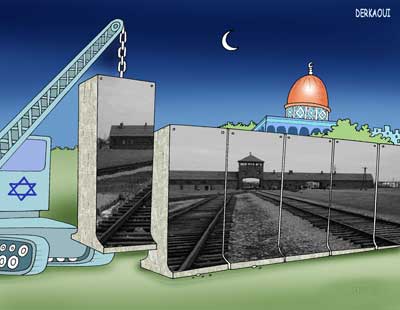 Some of the angriest protests have been in Tehran, where they promptly promoted a Jew-hate fest and a Moroccan won the first price for this PoS above