* Â Perfect Timing:Â Â the FBI and the Department of Homeland Security describes a scenario where a dozen attackers each carrying 20 kilograms of explosives storm a building, “seal off escape and access points, and occupy it long enough to set and detonate their explosive packages.”

* FBI warns of Al Qaeda suicide attacks in the U.S.

Oct. 7 (Bloomberg) — The Bush administration is asking an appeals court to block a judge’s order that requires the release into the U.S. of 17 ethnic Uighur Chinese Muslims held at Guantanamo Bay naval base in Cuba. (continued page 2)

“By denying the responsibility of man in global warming, by advocating gun rights and making statements that are disconcertingly stupid, you are a disgrace to women and you alone represent a terrible threat, a true environmental catastrophe,” wrote Bardot.

The Bush administration on Tuesday criticized a federal judge’s decision to immediately free 17 Chinese Muslims at Guantanamo Bay into the US and said it would seek to block the order.

Justice Department spokesman Brian Roehrkasse said that the government planned to ask a federal appeals court to step in while attorneys file an appeal. He said the detainees at the US naval base in Cuba had admitted receiving weapons training in Afghanistan and were a national security risk.

In a landmark decision, US District Judge Ricardo M. Urbina on Tuesday said it would be wrong for the Bush administration to continue holding the detainees, known as Uighurs, since they were no longer considered enemy combatants.

* Now let me get this straight: If a family member of mine were hurt, directly or indirectly by any of Judge Ricardo M. Urbina’s moonbattery, meaning damage caused by him releasing Uighur terrorists into the population of the US, would inevitably result in me going after judge Urbina for the rest of his life. And it is highly unlikely that I would be the only one who would like to get even with social engineers of his kind. That makes him a very miserable son of a bitch, indeed.

U.S. District JudgeÂ Ricardo UrbinaÂ in Washington ruled today that PresidentGeorge W. Bush‘s administration must free the detainees because it no longer considers them to be enemy combatants. The judge ordered the men brought to his courtroom in Washington in three days to be released into the custody of local Uighur families under terms to be worked out with the Department of Homeland Security.

“Today’s ruling presents serious national security and separation of powers concerns and raises unprecedented legal issues,” Justice Department spokesmanÂ Brian RoehrkasseÂ said in a statement. “The government does not believe that it is appropriate to have these foreign nationals removed from government custody and released into the United States.”

Roehrkasse said the Justice Department will ask an appellate court to put the order on hold while the government pursues an appeal.

The Uighurs, who have been held for almost seven years, are among an estimated 225 detainees remaining at Guantanamo Bay. The facility once had more than 770 occupants, most of whom have been returned to their home nations or to countries that agreed to take them.

While the Uighur detainees were cleared for release in 2004, the government said it couldn’t find any country willing to accept them and feared they would be persecuted if returned to China. The Bush administration argued it has wartime authority to hold the men indefinitely even if they aren’t enemy combatants.

White House spokeswomanÂ Dana PerinoÂ said in a statement the administration is “deeply concerned” about the ruling. “This decision, we believe, is contrary to our laws, including federal immigration statutes passed by Congress,” she said.

The Supreme Court ruled in June that Guantanamo Bay inmates have constitutional rights and may seek release in federal court. A U.S. appeals court then ordered the government to release one of the Uighur detainees, Huzaifa Parhat, transfer him out of Guantanamo or give him a new hearing.

Lawyers for Parhat, who said he fled China because of his opposition to government policies, had argued that the Chinese government was the source of allegations against him.

The Defense Department didn’t contend that Parhat or the other Uighur detainees were members of al-Qaeda or committed hostile acts against this country. Instead, it claimed they were “affiliated” with a Uighur independence group that was “associated” with al-Qaeda and the Taliban.

There are 400 Uighur families in the Washington area, and the detainees will be taken in to some of their homes upon release, said Rebia Kadeer, president of the World Uighur Congress, who attended today’s hearing.

“I will take one and my daughter will take one,” Kadeer said, speaking through an interpreter. “We are not terrorists.”

The combined case is In Re: Guantanamo Bay Detainee Litigation, 08-442, U.S. District Court, District of Columbia.

When theÂ U.S. Supreme Court voted 5-4 to give Guantanamo Bay Islamic terrorists habeas corpus rights to challenge in U.S. courts their detentionsÂ (one of the many Supreme Court decisions Sarah Palin couldn’t identify in the Katie Couric interview), I warned that this would lead to Gitmo terrorists being released to freedom on U.S. soil. Several liberal websites ridiculed me for it and said it was preposterous that this would ever enable terrorists to land on U.S. soil.

But I was right.

Brett Winterble of theÂ Covert Radio ShowÂ sends this story about how Federal Judge Ricardo Urbina is considering exactly that–releasing Uighur (“Wee-Gurs”–Chinese Muslims) Gitmo terrorists onto U.S. soil. (Not that you should care, but even though the headline is “Holy Shi’ite”, Uighurs tend to be Sunni Muslims, FYI.) 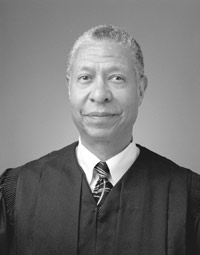 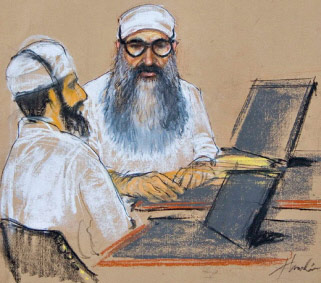 AlhamdillullahÂ [praise/thank allah] for the stupidity of the American “justice” system, meaning justice for Muslim extremists, but for you–not so much:

A federal judge is considering whether to order a group of detainees held at the U.S. military prison in Guantanamo Bay released into the United States, in what would instantly become a landmark legal decision in the years-long battle over the rights of terrorism suspects there.The men, a small band of Chinese Muslims who have been held for nearly seven years, are no longer considered enemy combatants by the U.S. government, but they are caught in a well-documented diplomatic bind. Unlike other captives, they cannot be sent to their home country because Beijing considers them terrorists, and they might be tortured. The government released five of the detainees, known as Uighurs (pronounced “WEE-gurz”), to Albania in 2006, but no other country wants to risk offending China by accepting the others.

The Uighurs’ attorneys argue that the men have been confined for too long on flimsy evidence and pose no security threat to the United States. The lawyers want them released into this country — most likely into the Washington area, where there is a Uighur community — suggesting that authorities could supervise them much as they monitor criminal defendants released pending trial. Later, the government could find the Uighurs another home, the lawyers say.

“Later.” Uh-huh. They will NEVER leave. There will be no “later” except the later of when they and the other Muslims in our midst get the Muslim State of America they’ve been jonesing for, a century or so from now.

At a hearing in August, U.S. District Judge Ricardo M. Urbina spoke at length about the case’s complex issues and hinted that he was intrigued by the detainees’ proposal.”I don’t understand why that would not be a viable option,” he said.

Intrigued by terrorists being welcomed openly from Gitmo into our midst? He doesn’t understand why this isn’t viable? Helloooooooooo . . . . .?

Urbina is scheduled to hold a hearing Tuesday that will examine whether he has the power to order the release of at least five of the Uighurs. Their attorneys have filed court papers asking Urbina to also consider releasing 12 other Uighurs who remain in custody. . . .Much of the debate in court has focused on whether he can order such a transfer [of the Uighurs to the U.S.]. The Uighurs’ attorneys say that recent Supreme Court decisions demand such a move. . . .

In 2001, most of the Uighurs now in Guantanamo Bay were living in camps in Afghanistan until U.S. airstrikes drove them into neighboring Pakistan. They were captured there and turned over to U.S. authorities.

The government has asserted that the Uighurs were members of the East Turkistan Islamic Movement and trained at camps affiliated with the Taliban or al-Qaeda. The Bush administration designated ETIM a terrorist organization in August 2002, after the Uighurs were taken into custody.

Yup, guys who seven years ago were living in terrorist training camps are great candidates for living in the U.S. Now, I understand why Judge Urbina is intrigued and thinks this is a viable option: He’s an IDIOT.

Oh, and in case you were wondering, Hizzoner Urbina was nominated to the Federal bench by William Jefferson Clinton. (Before that he was a public defender and professor at Howard University. Shocker.)

Well, I guess we now need a new policy toward terrorists overseas. Actually, it’s not so new. It’s called:Â TAKE NO PRISONERS!

Cases like these are why it’s important for Sarah Palin–and others–to be aware of Supreme Court decisions she disagrees with. And FYI, since John McCain has always been against Gitmo and ditto for Barack Hussein Obama, one wonders what their responses to this will be. I hope they’re asked at tomorrow night’s debate.

But don’t worry, they won’t be.