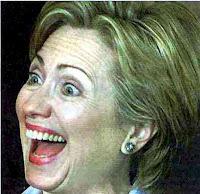 While they’re handing out bailout money in Washington, the Hopenchange administration is promisingÂ $900 millionÂ in American taxpayer money to bail out Gaza (Hat Tip:Â Red Tulips).

The United States plans to pledge more than $900 million to help rebuild Gaza after Israel’s offensive against Hamas and strengthen the Palestinian Authority, a U.S. official said on Monday.

The money will be channeled through UN and other bodies and will not be distributed via the militant group Hamas, which rules Gaza, said the official, who spoke on condition of anonymity as U.S. Secretary of State Hillary Clinton plans to make the announcement next week at a Gaza donors conference in Egypt.

The March 2 donors conference in Sharm el-Sheikh resort aims to raise humanitarian and rebuilding funds for Gaza after Israel’s offensive against Hamas at the end of last year.

Clinton’s bid to get the $900 million could face an uphill battle in Congress where requests for Gaza will likely meet resistance as Hamas continues to rule there and the U.S. focus is on its own souring economy.

In December, the former Bush administration said it would give $85 million to the United Nations agency giving aid to Palestinian refugees in the West Bank, Gaza, Jordan, Lebanon and Syria.

3 thoughts on “Ugly is as ugly does…”