Disquiet has grown at what many regard as a threatening presence of Islam in France, which is home to about 6 million Muslims. Right-wing MPs want a ban on the burka and on foreign flags at weddings in town halls. Sydney Moonbat Herald

Yemen to America: Just give us the money and go away

American taxpayers forked over nearly $70 million to Yemen in security aid last year. The Yemeni government is demandingÂ more now in the wake of the Crotch Bomber attack.

Eight years ago, I reported on the State Department’s idiotic Diversity Visa Lottery program and called for it to be abolished inÂ Invasion. Why, I asked, are we leaving homeland security toÂ random chance in the wake of September 11? Michelle Malkin

Fuckwit of the Month:

Newsweek’s Jonathan Alter: Dick Cheney’s “Emboldening the Terrorists” and “Must be Stopped”… ZIP

FORMER ARCHBISHOP OF CANTERBURY WORRIES OVER CHRISTIAN HERITAGE IN UK……. 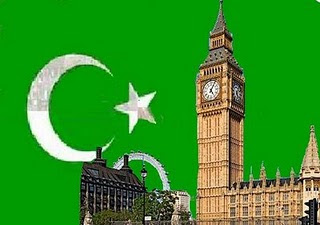 He doesn’t mention Islam but it isn’t far from his thoughts, as a matter of fact, it’s exactly what he referring to but doesn’t dare say it out loud. Islam is changing Europe, and if nothing is done to change the flow of mass immigration, then Europe will be one day counted as being part of the house of Islam. Europe has chucked out its Christianity, and has nothing in place to counter Islam.KGS/Tundra Tabloids

SÃ¼dwestpresse: Westergaard is as Dangerous as his Attacker

“The Police Made Him Do It”

Abdication of responsibility; while totally denying Â that the perp has a long history of terrorist activities:

The sister of the Somali accused of attempting to kill Kurt Westergaard denies responsibilty . The woman maintains that the Danish PET (security police) coerced her brother into attacking the cartoonist in his home.Â Read further…

2 thoughts on “More Jihad Every Day”