This is revolting. Once upon a time Britain was a great nation. Now their royals are fools for the (Muslim-) world:
The ignorant Daily Mail makes fun of the Queen’s getup, not the ridiculous notion of a non-Muslim woman parading around as a Muslim, in effect, practicing an ideology she does not profess.Â  (KGS)

Shoeless and wearing a beekeeper-style shawl and hat, the Queen walked across the world’s largest carpet last night as she met Islamic students in Abu Dhabi at the start of her five-day state visit to the Gulf.

And here we have a Report from the Gates of Vienna that is even more depressing:

Fair England Be Your Sepulchre!

The news items from the UK that passed through my hands today were so depressing that I could hardly bear to look at them. 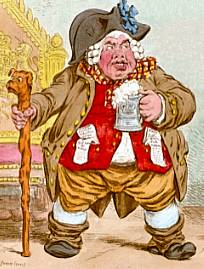 First there was the story about a 15-year-old girl who was arrested for burning a Koran and posting a video of the act on Facebook. She may be charged with “inciting religious hatred”.

But Muslims in Britain need not fear: an All-Party Parliamentary Group on Islamophobia has now been established. In the future anyone who insults Muslims or denigrates Islam will be held to account by the people’s elected representatives.

Government counterterrorism officials warn that threat level is estimated to be “severe” during the upcoming 2012 London Olympics, and the risk of terrorism is even higher at street parties and other side events. If you look at both those articles, however, you’ll notice that the word “Islam” is not mentioned once.

As far as Her Majesty’s government is concerned, Islam has nothing to do with terrorism. Despite the fact that more than 99% of the world’s terror attacks are committed by Muslims who fight jihad in the name of Allah, Mohammed and the religion he founded never impinge upon the “narrative”. There is only “terrorism”, which is committed by “violent extremists”.

And also, of course, the “Islamophobes” who slander the peaceful Muslims.

As a Thanksgiving Day present from the Colonials to Blighty, here’s a reminder that things in Albion were not always this way. The poem below is by the renowned tragic Romantic poet Percy Bysshe Shelley (1792-1822):

To The Men of England

Men of England, wherefore plough
For the lords who lay ye low?
Wherefore weave with toil and care
The rich robes your tyrants wear?

Wherefore feed and clothe and save,
From the cradle to the grave,
Those ungrateful drones who would
Drain your sweat â€” nay, drink your blood?

Wherefore, Bees of England, forge
Many a weapon, chain, and scourge,
That these stingless drones may spoil
The forced produce of your toil?

Have ye leisure, comfort, calm,
Shelter, food, love’s gentle balm?
Or what is it ye buy so dear
With your pain and with your fear?