Â Yep, this Sufi ‘leader’ must have worked it all out by himself. 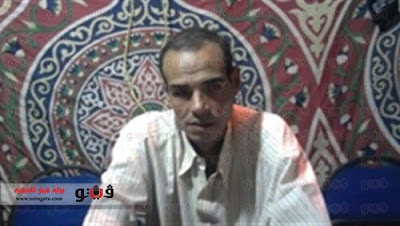 Sufi leaderÂ Mustafa ZayedÂ defended Egypt’s closing of the Gaza borders and smuggling tunnels. He expressed support for the Palestinian Arabs who are suffering, he says, under Hamas rule, an organization that seeks to split them into separate sectors.

“Everyone knows” that Hamas is really a satanic arm of the Jews, according to Zayed.

While he expressed sympathy for the Palestinians in Gaza, he also said that the problem is partially their fault, because they have allowed this rotten and demnonic organization to survive in their midst.

Our Revolution Was Hijacked by the Coup

“He urges the Syrian opposition ‘to make their movement an Islamic jihad whose goal is to defend the weak and oppressed, set up the genuine Muslim state, and build the just and righteous society in which both Muslim and non-Muslim enjoys the justice of Islam.'” And in making this call for a Sharia state in Syria, he rails against the “interferences of America” — and yet Obama wants to arm the same Syrian jihadis he supports.