Homo Marriage and ballplayers using forbidden substances top the agenda of the state run ABC down under.

Truthers and Hamas supporters to join forces in Washington:

The 9/11 Truther organizers of the “Million American March Against Fear on 9/11,” formerly known as the “Million Muslim March,” aren’t keen on those whoÂ dig upÂ their alliances with foreign Islamist groups like Viva Palestina in the U.K. and Jamaat-e-Islami in Bangladesh. In a recent conference call, one of the organizers even attacked me as a “Nazi bulldog.”–The Million Muslim March and Its Foreign Islamist Ties Â»

For the Obama regime, ‘human rights’ means special rights for Muslims (and some blacks)

When the human rights of of Christian minorities, are being grossly violated â€” specifically by the Islamists and jihadis that Obama has enabled and empowered, in Libya, Syria, Egypt, and elsewhere â€” then there is no U.S. talk of intervention. Indeed, there’s’ hardly any talk at all, sometimes not even perfunctory condemnation. Other times, the White HouseÂ makes jokesÂ about Muslim persecution of Christians, for example, concerning the recent spate of church attacks in Egypt.

Western Â Converts Are Out Fighting en Masse for Islam

For these converts to Islam, there is only Jihad, the war for heaven and for hell.

French intelligence believes there are 220 Frenchmen who have gone to fight in Syria so far. 40 of them are Christian converts. The estimates of Westerners fighting in Syria range from 600 to 1,000 fighters. The vast majority are “white converts to Islam” or “naturalized immigrants with a Muslim background”.

The latest video of Jihadist propaganda from Syria shows the black flag proclaiming allegiance to Allah and a man who calls himself Abu Abd Al-Rahman.

“I am French,” he says. His parents were baptised as Catholics – as was he – and they know him as Nicolas. He is a 30-year-old convert from a middle-class background in Toulouse, where four Jews were gunned down last year. His mother works for the French army. In the the video, Nicolas appears in military fatigues, a Kalashnikov rifle across his legs. (Giulio Meotti)

After a century of brutality and atheism, is Russia on its way to becoming a stalwart defender of Christian virtues?

‘Bizarre to take action in Syria before UN report’

Muslim terrorism is a constant in India. Unless the attacks are huge, in a major city, and involving foreigners, they are seldom reported in the West. But Muslims attack Hindus, Sikhs, and other non-Muslims, and symbols of Indian state authority, all the time. This is one of the under-reported stories of the age. Why this should be so, who has decided not to cover such stories, is a puzzlement. 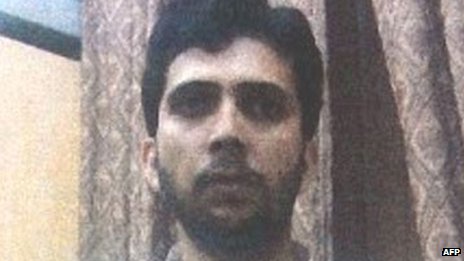 Yasin Bhatkal has a reputation for meticulously planning bomb attacks

Before his arrest Yasin Bhatkal was one of India’s most wanted terror suspects, accused of carrying out a string of high-profile attacks.

The alleged head of the Indian Mujahideen (IM) militant group, he has been blamed for a string of bomb blasts, the most high-profile being theÂ Mumbai train blasts in 2006Â and explosions in Bangalore,PuneÂ and Delhi in 2010. He is also accused ofÂ bombing the Delhi High Court in 2011.

Remorseless; says jihad bomb blasts “happen; there is nothing new about them”

Why should he be remorseful about something that pleases Allah and guarantees him a place in Paradise?

“‘Blasts happen, nothing new about them,’ remorseless Yasin Bhatkal says,” from theTimes of India, August 29

Egyptian Americans protest Obama’s and the media’s support for the Brotherhood.

Â Nothing to do with Islam:

Â The deputies halted him with a blast from a bean bag shotgun.

Â Who needs congress when you got a Muslim POTUS already?

UK to Take Syria Attack Approval to Parliament, Obama Refuses to Take it to Congress Â»

Bad news. Is this Â judge a plant?

MUST SEE! Glenn Beck Shocking Video – THIS Is Who We Are Helping In Syria! SHARE WITH EVERYONE!