It will all happen “next year”.

For Abbas, there’s always “next year”

There is no end to this. Not until we end the political dhimmitude in the West. Â What we need is a completely new political leadership that Â tells the Arabs to go and f*kc themselves.

In pan-Arab meeting, Abbas says ‘there can be no peace without Jerusalem as Palestinian capital.’ King Mohammed VI of Morocco slams ‘Judization of Al-Quds’— Y-Net

Abbas says ‘there can be no peace without Jerusalem being recognized as the capital of Palestinian state,’ adding that peace talks must ‘not serve as a cover for settlements. King Mohammed VI of Morocco slams ‘Judization of Al-Quds’
Ynet

During the Twentieth Session of the Al-Quds Committee, a body aiming to “peacefully raise the voice against Zionist atrocities and human rights’ violations in occupied Palestine,” the Moroccan king and Palestinian PresidentÂ Mahmoud AbbasÂ slammedÂ IsraelÂ and its West Bank policy.

“International law” for Arab Muslims always means sharia.Â Jews practicing their religion is a violation of international law, according to the PLO.Â Soon the PLO will define being Jewish itself as a gross violation of human rights, and the UN will praise them for it.

“There can be no peace without stability, nor agreement without occupied east Jerusalem being recognized as the capital of the Palestinian state,” Abbas said at the event.

The Al-Quds Committee was founded by the pan-Muslim Organization of Islamic Cooperation in 1975, and in its annual meeting Abbas warned against Israel using peace talks as a “cover” to expand settlements in the occupied West Bank.

Addressing a packed hall of Arab leaders, including Abbas, Morocco’s King Mohammed VI said that “this session is being held at a time when solidarity for the Palestinian cause is declining, be it in terms of political and material support, or media coverage,” Maghreb Arab Press reported. 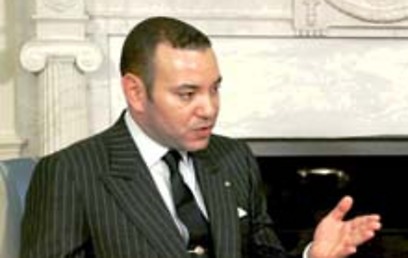 The king expressed his desire to “commend the untiring efforts exerted by US Secretary of State John Kerry. The success of (the talks) hinges on the adoption of a comprehensive approach in which all final settlement issues are addressed.

“In this regard, it should be stressed that Al Quds is the core issue of the Palestinian cause, and that no peace is conceivable without an agreement on the final status of East Al-Quds as the capital of the independent Palestinian State.”

According to the king “for peace to be achieved, Israel must fulfill its obligations, especially with respect to theÂ Road Map, as well as the prospects opened up by the Arab Peace Initiative.”

“The crucial element for a stronger Palestinian position remains the achievement of sincere national Palestinian reconciliation based on the unity of Palestinian ranks under the legitimate National Authority led by my brother Mahmoud Abbas,

“This constructive reconciliation should put the best interests of the Palestinian people above all other considerations, contributing, in particular, to the creation of the independent Palestinian State on Palestinian liberated territory, with East Al Quds as its capital, living in security, peace and concord with Israel.”

Nonetheless, the king stated Morocco’s dedication to the preservation of the “Arab and Islamic character of the city of Al-Quds al-Sharif,” even though “We cannot defend the holy city against Judaization schemes.”

The king claimed that he recently “wrote to His Holiness the Pope and to the Secretary-General of the UN regarding the Holy See’s intention to sign an agreement with Israel on the legal status of the Catholic Church’s property in the occupied city of Al-Quds.

“I stressed that the signing of such an agreement would not only confer legitimacy on the practices of the occupation authorities, but would also be a violation of international resolutions which prohibit any alteration of the legal status of Al-Quds.”

4 thoughts on “Abu Abbas: 'no peace without Jerusalem as Palestinian capital'”