The (Hamas) devils we know are not necessarily worse than the next Â gang of fanatical headbangers.

From late response to preventative act

The preventive attack launched on Sunday in the Gaza Strip against anÂ Islamic JihadÂ terrorist is an escalation, a move on the scale of Israel’s response ladder.

At the top of the decision ladder is the widespread attack, on the scale of “Operation Cast Lead” or “OperationÂ Pillar of Defense.”

On the bottom rung, where we stand today,Â IsraelÂ was satisfied with shifting formal responsibility onto theÂ HamasÂ government, temporarily restricting movement of goods and fuel from Israel into the strip, and bombing military assets and symbols of Hamas’ authority in order to prompt Haniyeh and his operational assets to act against the rogue organizations and militants firing into our territory.

This was our reality ever since “Operation Pillar of Defense” ended, but when launchings from Gaza are being carried once a day on average – even if no injuries are reported – theIDFÂ and the Shin Bet received permission from the prime minister and defense minister to move on to preventative targeted killings.

This means that until stability prevails in the south, the IDF and Shin Bet use every piece of intelligence and utilize every operational opportunity to execute preventative attacks on launch sites, and not only for specific launches or launch preparations by a terror cell – in additional to the escalation in retaliatory strikes.

It must be emphasized that the ‘operational approval’ given to the IDF and Shin Bet is limited. These operations must be based on specific and direct intelligence, with minimal collateral damages to people and property. If these new operations do not lead to a drastic reduction in terror activities emanating from the coastal enclave, Israel will need to take a step up the “response ladder” to force Hamas into deciding what it perceives as its greatest existential threat: Israeli strikes or third-party militants firing into Israel and directly undermining the Gazan regime.

There are two eternal questions that stand at the center of any assessment of the situation in Gaza: Does Hamas want to prevent the rocket fire and terrorist attacks originating within its territory, and if it does, could it? 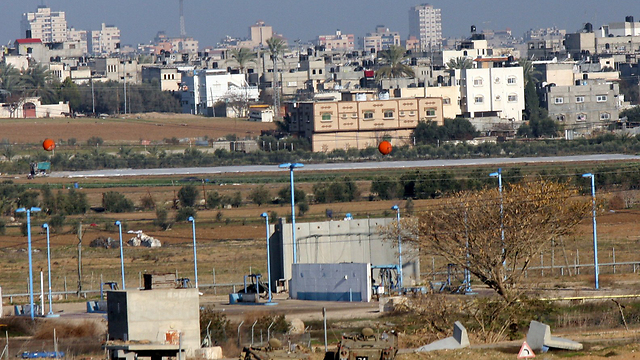 The first is no longer relevant – it is now obvious to Hamas, Israel, and all other parties in the Middle East that Hamas has an existential interest in maintaining calm at its border with Israel. The terrorist organization has, in the last two years, lost nearly all of its patrons, funders, and donors. Even the next-door neighbor, General al-Sissi, sees Hamas as a bitter enemy that is nothing more than a delegation of Egypt’s Muslim Brotherhood.

EgyptÂ has been systematically eradicating the smuggling tunnels which are the economic and military lifelines for the organizations; Cairo has warned Hamas to not draw it into a conflict with Israel. To add to organization’s many concerns, Palestinian Islamic Jihad is breathing down its neck, seeing itself as a natural successor to the regime.

As a result, Israel and the UN agency for Palestinian refugees (UNRWA) are practically the only parties still supplying the Strip with vital economic aid, thus preventing a popular uprising against Hamas. Officials in Jerusalem are making great efforts to minimize the fact, but it is important to note that Israel is the one keeping Hamas in power, out of good will and with cold calculation.

Is that an absurd notion? Not necessarily. The alternative, which is to say the Salafis, Islamic Jihad, the Palestinian Islamic Jihad which takes its marching orders fromÂ Iran, and evenÂ FatahÂ sects operating in the Strip which are far more extreme and militant than Ismail Haniyeh and Mohammed Deif (the leader of the al-Qassam Brigades). 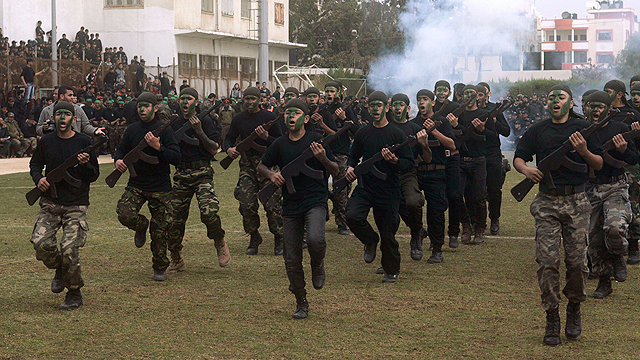 The still-relevant question is can Hamas do it. Sources in Israel are convinced that Hamas leadership – if it is determined and desires to – has enough power and physical resources to enforce its authority on the rebels attempting to lure Hamas into a conflict with Israel.

But recently it looks like Hamas has an internal dispute between the proactive elements preaching a radical break with Israel and Egypt to rescue the organization from its current dead end – at whatever cost – and the cautious members that refuse to rock the boat.

This dispute permeates down to the operatives on the ground and is likely leading a loosening of the generally disciplines ranks. Oddly, this phenomenon is not exclusive to Hamas. The same goes for the bottom ranks of Palestinian Islamic Jihad, who have recently begun operating of their own accord, challenging not only the Hamas regime but their own leadership.

The militants who launched 6 rockets last week towards Ashkelon quite possibility did so against the wishes of Palestinian Islamic Jihad leadership. And that’s not the end of the story.

We are witnessing a similar phenomenon in the IDF’s Judea and Samaria Division. Fatah operatives in several central refugee camps have recently disregarded – at an increasing rate – orders from the Palestinian Authority. Operatives have even had gunfire confrontations with PA security forces.

The central reasonfor the erosion in the Strip and the Bank is most likely the economic-political distress between the two governments. In Gaza the economic distress stems from limits on material exports and fuels to the Strip imposed by the Egyptian military, by destroying the many smuggling tunnels, and by the Israeli naval blockade.

Another central reason to the economic distress is the drastic cuts the UN made to the UNRWA budget – where it tilted the scale towardsÂ SyrianÂ refugees. The cuts and terminations in UNRWA positions have led to strikes by the organization’s thousands of workers and a complete shutdown of vital services to more than a million souls in the Strip and to 200,000 residents of the West Bank.

The UNRWA strike has lasted 50 days. On top of those troubles is the negotiation talks fermenting between Israel and the Palestinians, and attempts to torpedo the process using bombing attacks and rocket launches.

In the explosive situation prevailing over the Arabic Middle East, any spark or popular uprising in the Gaza Strip or the West Bank invites a sudden blaze which could escalate.

This is the main reason the prime minister, the defense minister, senior IDF commanders, and the Shin Bet are not rushing to escalate the retaliatory and preventative operations, choosing instead to take one step at a time, and to use the Egyptian assistance to ensure that Hamas upholds the understandings reached after Operation Pillar of Defense.