When Koranimals murder Christians, Buddhists, Hindus or Jews, the muselmanic media machinery yawns. (But we all know that da Jooozz own all the media, or do they….?) 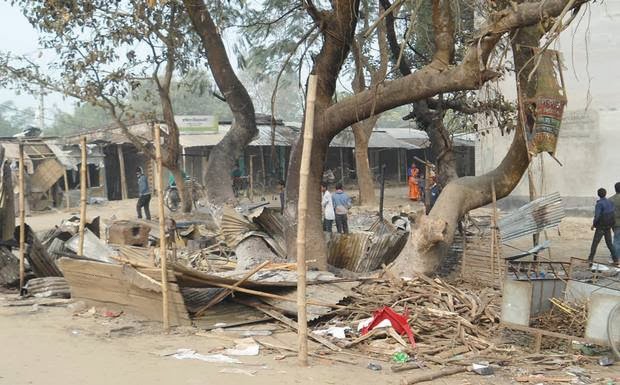 Attacks continue on Hindus in different places of the country, adding to the woes of the panic-stricken minority community.

Hindus have been falling victim to rape, arson and vandalism allegedly at the hands of Jamaat-Shibir and BNP men for the past few weeks surrounding the January 5 national elections.

Since Saturday night, a temple was torched in Tangail, a Hindu man killed in Natore, three Hindu men beaten up in Patuakhali and a straw heap belonging to a Hindu was set ablaze in Jhalakathi. 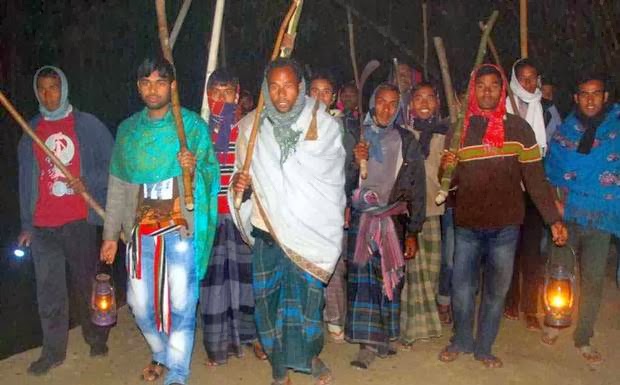 Meanwhile, the raped women of Jessore’s Rishipara and their families have fled their homes fearing further attacks, while male members of the community in different parts of the country are spending sleepless nights, taking turns guarding their villages.

Note:Â Still not a word from the Western MSM about this. These reports are from the local press. It is exactly analogous to the Muslim attacks on Christians in Egypt after Morsi was deposed. That was at least reported in the West.

Yet the mere presence Buddhists making threatening noises about Muslims in Sri Lanka gotÂ a wire story from AP.