You Can’t Save the World

This is brilliant. Daniel Greenfield has the ability to explain what we all know but no one dares to say.

Posted byÂ Daniel Greenfield @ the Sultan Knish blog
.
For only ten dollars a day, a week or a month you can feed starving children in Africa. For only the price of a cup of coffee a year, you can make sure that no one in Kansas City ever goes hungry again. For just a third of your paycheck, you can subsidize a vast bureaucracy that will conduct studies on the best way to save the world and then come up with proposals that will only cost you half your paycheck. 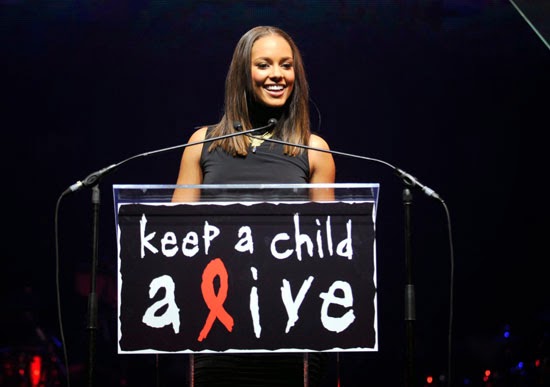 Â This misplaced philanthropic confidence is the idiot stepchild of life in a free enterprise society where anything can be accomplished for the right price. Do you want to build a house on the edge of a cliff so that the waves crash under your window? Do you want to play on every golf course in the world? Do you want to clone a dinosaur so you can hunt it?

It hasn’t been done yet, but it’s probably doable.

So why can’t we end world hunger for only the price of a cup of coffee every six seconds or forty percent of the national debt or some other appealing figure that looks good on an infographic?

Hunger isn’t a resource shortage problem. That seems implausible to free worlders who think that hunger is what happens when they can’t find a fast food place open late at night or are on a diet.

The USSR had plenty of land, labor and experts. It went from exporting wheat to importing wheat despite throwing everything it had into agriculture because there was a disconnect at every level in the process of planning and production.Â  Like a sack race with three hundred legs in one sack, the harder the USSR tried to increase yields and production, the worse they became.

Sending the USSR food, as the United States repeatedly did from its early years when Hoover fought famine with an army of aid workers to its waning days when the Evil Empire went deep into debt buying American wheat, didn’t solve anything. Soviet attempts at copying American successes in agriculture actually backfired leading to worse disasters. The only solution to the USSR’s agriculture problems came with the collapse of Soviet feudalism whose central planning had created the meat shortages and bread shortages.

Most “hungry” countries aren’t Communist, but they are dysfunctional. They aren’t going to be fixed for the price of a cup of coffee a day or an hour or a second. Hundreds of billions of dollars have been poured into Africa and it’s the opinion of African economic experts that the money did more harm than good by crippling developing economies with a weak global social safety net.

Every “free” item sent to another country is one item that isn’t going to be sold or manufactured there. An aid economy works a lot like a regular economy except that it can’t sustain domestic production or domestic experts. Its doctors are trained by Western countries and stay there instead of going back home. Their place is taken by Western professionals who enjoy the feeling of satisfaction and the philanthropic credentials of helping out in an exotic country for a few weeks a year. The same is often true for teachers and any other role that Western aid tourists cheerfully show up to fill.

An aid economy is planned, instead of responsive, and so it depresses local production without fully satisfying local demand leaving the population in a state of semi-deprivation. And the aid never properly reaches the people who need it because of the monopolies and corruption that caused the deprivation that made the aid necessary. This cycle of corruption feeds an aid economy by knocking out the middle class who might otherwise step into the roles of merchants and professionals and rewards anyone with enough guns to hijack the aid and shake down the charities that distribute it.

Trying to save Africa for the cost of a cup of coffee a day has made it a much worse place. And that’s as true of the United States as it is of Africa. 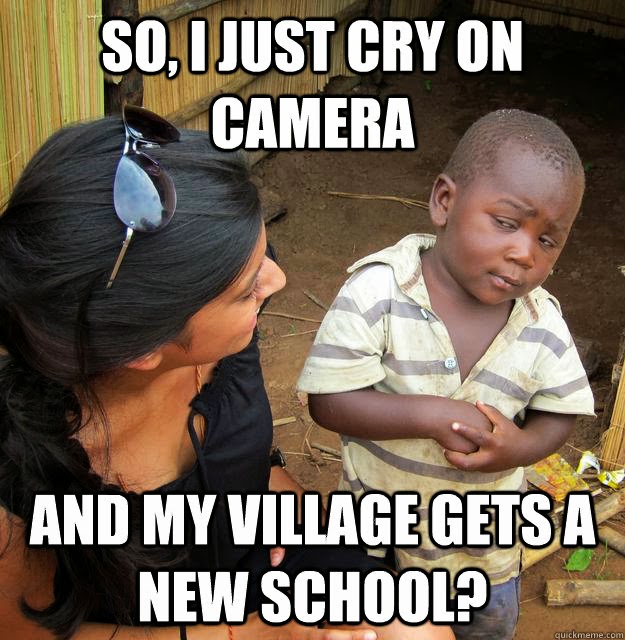 Domestic warlords don’t have child soldiers who drive around with machine guns on pickup trucks. Instead they wear suits, they coordinate with community organizers and they clamor for more money for broken inner city neighborhoods so they can siphon it off. There are parts of the United States that are just as broken as any Third World country because they run on the same aid economy that rewards political warlords and discourages independence and initiative.

Every year, activists and politicians announce that for only twenty billion or two hundred billion we can end world hunger, educate every child or give every family their own cow. These proposals all apply the free enterprise logic of solving a problem by ‘buying’ a solution. But you can’t buy solutions to human problems the way that you can solve engineering problems by building a house on the edge of a cliff. People have to become their own solutions. Buying a solution for them won’t work.

And even if it could work, it wouldn’t work on that scale. Helping people isn’t like building cars and aid isn’t mass production. Throwing more money and people at the problem only makes it that much harder to solve.

Buying a homeless man a sandwich for two dollars is a direct investment of resources. Appropriating twenty billion dollars to feed a sandwich to every homeless man in America will feed sandwiches to a small percentage of the homeless at a cost of four thousand dollars a sandwich.

This is where the comfort zone of a industrial society where everyone is used to the benefits of mass production leads idealists astray. Socialists treated the factory as a metaphor for human society with experts planning everything from health care to leisure entertainments for productive output. But human society isn’t a factory. A factory is where people agree to work in order to earn money for the things that they care about. Once work becomes non-consensual, production drops off, as it did in the USSR, and when all of life has the flavor of a factory, the motivation to do anything disappears.

The linear progression of a factory’s tasks are at odds with the complex range of motives of the actors in human society and the human variables make every link in the chain of planning less efficient. It’s easy to buy a homeless man a sandwich, but once you try to buy sandwiches for millions of homeless men, the sandwich money is eaten up by the expenses of planning how to identify the homeless men, what kind of sandwiches they would like, studies on marketing sandwiches to homeless men over social media, the costs of diversity training for the sandwich makers and a million other things.

Every lofty aid goal begins with a big number and bleeds down to the prosaic reality that the goal will never be met, but that everyone involved will be told to feel good about themselves for trying. The bigger the goal, the bigger the administrative overhead, the corruption and the inefficiency. Instead of scaling up results by scaling up funds, more money and more people lead to fewer individual results.

The aid economy of the underprivileged is the smaller half of the overall aid economy. The biggest piece of the aid economy is in the hands of the aid organizations that profit from an unsolvable problem that, all their fundraising brochures to the contrary, they have no interest in solving because it would remove their reason for existing. Africa’s misery is their wealth. The worse Africa becomes, the more incentive the easily empathetic and the guilty of the West will have to pour money into their latest cause to buy everyone in Africa a goat, a laptop or a sandwich.

It’s the old Soviet problem. The producers have no interest in producing anything. The aid recipients, distributors and providers have achieved a dysfunctional equilibrium. The system is broken, but everyone has learned their roles within the broken system. If the system changes, they will all have to get jobs. It was that inertia which kept the USSR going long after its leaders stopped caring about the ravings of Marx, Lenin and Stalin. It took the energy of a younger generation that had yet to become invested in the system to topple it and it is the older generation that is most likely to march with portraits of Communist leaders and kiss them for the cameras.

You can buy a homeless man a sandwich, but you can’t buy them all sandwiches because once you do that, you are no longer engaging in a personal interaction, but building an organization and the organization perpetuates itself. You don’t need a homeless man to exist so that you can buy him a sandwich, but once an agency exists that is tasked with buying homeless men sandwiches, it needs the homeless men to exist as ‘clients’ so that it can buy them sandwiches and buy itself steak dinners. 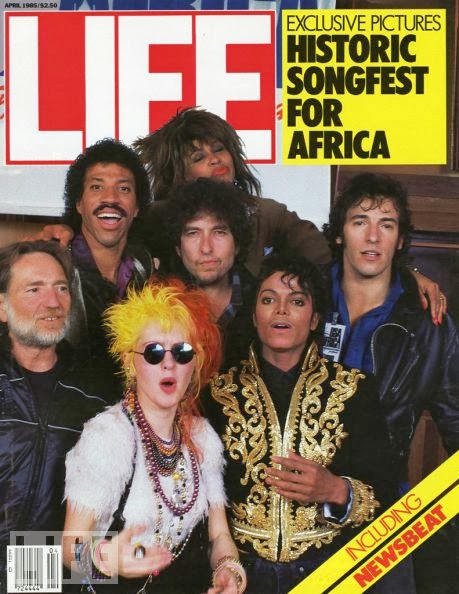 In aid economies, the scale of the problem grows slightly faster than the amount of aid and activists hold out the tempting promise that by increasing spending to stay ahead of the problem, it can be solved completely. All it would take is for everyone to become engaged and care. That isn’t a plan, it’s a pat on the back for the people who do care and an incentive to show their moral superiority by continuing to throw good money after bad into the aid economy.

The West can’t fix Africa no matter how much of the price of a cup of coffee it donates. By attempting to fix it,Â  Africa and the West become entangled in each other’s problems, each worsening the problems of the other instead of solving them.

No one can save Africa except Africans. No one can fix Detroit except the majority of the people who live there. Social problems aren’t solved by nationalizing them or internationalizing them. They aren’t solved by engaging and guilt tripping those who have already solved those problems and live thousands of miles away but by engaging the people who live right there and are part of the problem.

If a man is drowning, you can toss him a rope. But if a man jumps into the water, tossing him a rope doesn’t accomplish anything. A physical problem can be solved by applying the right resources, but a human problem can’t be solved except when the affected humans change their attitudes or behaviors.

Trying to solve a problem rooted in behavior with monetary rewards only perpetuates that behavior. Instead of saving the world, throwing money at it destroys it instead.

2 thoughts on “You Can't Save The World”