Which immigration authorities let this man in?

Again, how did our immigration authorities allow such a person or his family to come here in the first place? And will they keep him out in future?

The al-Qa’ida-linked organisation released a statement detailing the role played by Sheik Abu Sulayman, 30, who The Australian revealed last week had become a senior figure in its ranks…

END_OF_DOCUMENT_TOKEN_TO_BE_REPLACED

In Rio they called it “climate justice”. Can’t have justice without your money:

Today sees the release of the Intergovernmental Panel on Climate Change’s (IPCC) latest findings on the state of “global warming” and the news isn’t good. Here are some of the highlights:

Here are some of the highlights:

We know this because theÂ Guardian’sÂ Suzanne Goldenberg is on the case. She has got inÂ her climate doom predictions earlyÂ and though she based her report on a leaked sneak preview rather than the finished document, she has undoubtedly captured the general tone, which is this:Â things are even worse than we thought!

END_OF_DOCUMENT_TOKEN_TO_BE_REPLACED

Erdogan’s AKP gets more than 45 percent of votes in local polls seen as a vote of confidence amid graft allegations.Â Turkish PM claims landslide election win

Addressing his supporters late on Sunday after the results were revealed, Erdogan said he wouldÂ “enter the lair” ofÂ his enemies and make them “pay the price” for plotting his downfall. “Those who attacked Turkey got disappointed,” he said.

The elections were widely seen as a vote of confidence for the rule of Erdogan, and his supporters celebrated the victory throughout the night.

The new regime in Egypt is favorably disposed toward the nation’s Christians, but that only inflames the Islamic supremacists, who lash out as here, by murdering innocent people. But remember: the real problem is “Islamophobia”!

Among other forms of “retaliatory terrorism,” some 80 Christian churches were attacked in Egypt immediately after the June 30 Revolution, which saw the ousting of Muslim Brotherhood president Morsi.

Killing kafirs is at worst a misdemeanor under Sharia law.

At most, the killer MAY be punished with a fine. Otherwise, a blasphemer may killed with impunity. The killer might not even be charged.

END_OF_DOCUMENT_TOKEN_TO_BE_REPLACED

The United Nations is facing intensifying criticism for its support of a census that discriminates against Rohingya Muslims by banning members of the persecuted minority in Myanmar from listing their ethnicity.

These people are Â illegal Bengali Muslim invaders in a Buddhist land. There is no such thing as “Rohingya”. This fraud needs to be exposed. Â These Muslim invaders need to be repatriated to Bangladesh.

END_OF_DOCUMENT_TOKEN_TO_BE_REPLACED

COMMUNICATIONS Minister Malcolm Turnbull saysÂ ABC board members who do not want to get involved in ensuring news content on the public broadcaster is accurate and impartial should get off the board.Â

Revealing he receives hundreds of complaints about the ABC each week, Mr Turnbull said “the law of the land” couldn’t be clearer â€” the board needed to take responsibility for addressing issues of accuracy and impartiality.

“Section 8 of the ABC Act says one of the board’s duties is to Â­ensure the ABC’s news and information services are impartial and accurate, according to the standards of objective journalism…

“My very strong view is that the ABC board must take Â­responsibility.”

Turnbull shouldn’t say that’s ‘his view’. Its the ABC charter that demands it. It needs to be enforced.

END_OF_DOCUMENT_TOKEN_TO_BE_REPLACED

The world shrugs at the jihad in Syria. The Muslim world’s obsession with Israel and the invented Palestinian narrative and its fictional “refugees,” held up against the carnage, the savage slaughter and the millions of Syrian refugees, incriminates the Islamic world and exposes its true motive.

And whoÂ quietly treats Syria’s wounded? Israel.Â That should get the Israelis yet another condemnation from the OIC-driven UN.

Obama, a continuing embarrassment on the world stage, backs the jihadists whom he pretends are “moderate” â€” a bloody legacy of his presidency. 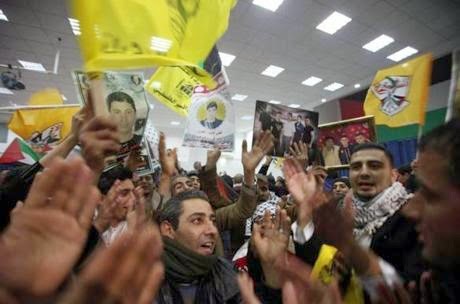 The pan-Arab London-based newspaperÂ Al-HayatÂ has reported that Prime Minister Binyamin Netanyahu told US Secretary of State John Kerry that his governing coalition may fall apart if Israel goes ahead with the fourth planned tranche in the terrorist release that it agreed to as a “goodwill gesture” toward the Palestinian Authority. (Carl in J’lem)

Bumiputra (“Sons of the Soil”), is a government program conceived by Muslims in Malaysia to ensure that the Chinese and Indians, as non-Muslims, would be forced to pay to support the Muslim population. It requires non-Malays, that is the non-Muslim Chinese and Indians, to hire Malaysians, and share a company’s wealth with them even when they do little or nothing. It’s a set-up that infuriates those who are not its beneficiaries. And the real “sons of the soil” — the indigenous tribes — being pagan or christianized, do not receive any support from the Bumiputra system, and see their lands encroached upon, seized, stolen, by Muslim Malays.

Now Muslim Malays — it is they alone who appear to be handling matters related to the plane investigation — have been repeatedly shown to be incompetent or devious or both.

This will be remembered in China. What political and economic effects this has on the Muslims of Malaysia can’t be known, but the unedifying spectacle has, for much of the world, been — edifying.