A UK Independence Party (Ukip) candidate who made national headlines for describing Islam as “organised crime” says he does not regret making the comment and insists it is backed up by “quotations from the Quran”.

Camden Ukip chairman Magnus Nielsen, 64, who is bidding to become a councillor in West Hampstead, has made numerous posts on his Facebook page about the religion, including one in which he says “Islam is organised crime under religious camouflage”.

After the post was picked up the national press last week, Mr Nielsen spoke to theHam&HighÂ about his comments.

He said: “I don’t regret anything I’ve said. Whatever I said, I say having taken proper study of the circumstance and everything I said can be backed up by quotations from the Quran.

“What I have not said is that all Muslims are criminals, I don’t believe that is true.

END_OF_DOCUMENT_TOKEN_TO_BE_REPLACED

Regardless of what Donald Sterling said, it is his right to say what he wants in private. It is called freedom of speech. Its the hooker who committed a crime. Â Taping private conversations with him without his knowledge is illegal, and so is blackmail.

Donald Sterling is what he is. What the NBA is doing isÂ a thousand times worse.

Yes, Donald Sterling is a jerk, but I think y’all are missing the point about this storyÂ

Calm down,being an asshole is still legal in America

The national outrage against Mr. Sterling has come from an act that could be illegal and inadmissible in a court of law. Nevertheless, the court of public opinion has tried and convicted Mr. Sterling of being a jerk.

Have we come to the point that private conversations can be taped and released in the public domain in order to ruin the livelihood –pursuit of happiness â€” of private citizens? Ms. Stiviano, or whomever, knew exactly what they wanted the end result to be as they released this tape to TMZ.

Sterling is a jerk, an unlikeable fella, but is he guilty of a crime that demands his property be confiscated? Uh, no.

We’re told however that Obama is a likable fella –regardless of the incessant lies, deceit and abject failures. What is happening to American culture and values?

I miss those Fleet Street sportswriters.

Obama believes the NBA did “the right thing” by banning L.A. Clippers owner Donald Sterling for life, the White House said on Wednesday.

Oh boy, when the Muslim POTUS passes judgement, it stinks like when he passes wind.

V. Stiviano says she is “very saddened” that Donald Sterling was banned by the NBA. She also claims she did not release their taped conversation.Â The LA TimesÂ reported, viaÂ The Last Tradition:(GWP)

In the UK, Muslims are at the very top of the liberal caste system, so that pandering to them takes priority over all other interests.Â Allowing your culture to be absorbed and eventually eradicated by another has its costs. Two of the costs Britons are paying are ham and bacon:

In the caption on a photo accompanying this article, the reliably dimwitted Daily Mail writes: “Nearly 200 Subway branches across the UK and Ireland have cut out ham and bacon, selling only halal meat, in response to demand from their multicultural customers.”

Their “multicultural customers”? And exactly what multiplicity of cultures demanded that Subway drop ham and bacon and sell only halal meat? Most likely that demand came from people of only one culture, and has rendered these 200 Subway restaurantsÂ lessÂ multicultural than before: now non-Muslims in Britain who would like to enjoy a Chicken and Bacon Ranch Melt or an Italian sub with pepperoni are out of luck: Muslims and Sharia-compliant dhimmis are the only ones who will be served.

The Islamization of Britain gallops on: “Subway removes ham and bacon from nearly 200 stores after ‘strong demand’ from Muslims who can only eat halal meat,” by (dizzy Miss Lizzie) Parry,Â Daily Mail, April 30, 2014 (thanks to JW):

Around 200 branches of Subway have cut ham and bacon from their menus, serving halal meat in response to calls from their Muslim customers.

END_OF_DOCUMENT_TOKEN_TO_BE_REPLACED


In Australia, they’re trying to get rid of Section 18c. The Aussie campaign is not going well.

What’s going on? Well, in the western world today, there are far more lobby groups for censorship – under polite euphemisms such as “diversity”, “human rights”, “hate speech” – than there are for freedom of expression.

If you attempt to roll back a law like Section 18c, you’ll be opposed by the aboriginal lobby, the Muslim lobby, the Jewish lobby, the LGBT lobby, the higher-education lobby…. And you’ll be supported by …hardly anyone, save for me and Andrew Bolt and the usual suspects.

The right to call someoneÂ a Balmain basket weaverÂ is not curtailed by section 18C of the Racial Discrimination Act. Balmain residents are not defined as an ethnic group, at least not according to law.

The law only covers acts with a clear racial basis. It doesn’t extend to trivial slights.

END_OF_DOCUMENT_TOKEN_TO_BE_REPLACED

Your kids will be Muslims:

Endless concessions and accommodations to Islamic demands only give way to more demands for even more Islam, as shown in theÂ recent blockbuster revelationsÂ of an Islamic takeover of UK public schools. What is less well known is the same kinds of things are happening here in the United States.

So outrageous were the allegations that the usually subdued and sharia-compliant British authorities initiated an investigation into the charges that devout Muslims covertly sought to “Islamize” the public schools in the UK. The bombshell was dropped last month in a leaked letter, describing an operation purportedly named “Trojan Horse.” According to Andrew Gilligan inÂ The Telegraph, the jihad ringleader of the Trojan Horse plot constructed and implemented a “detailed blueprint for the radical ‘Islamisation’ of secular state schools.” The plot was so severe that a number of UK schools now face “special measures,” which is the British term for (at worst) closings and (at best) a takeover of the school administration.

END_OF_DOCUMENT_TOKEN_TO_BE_REPLACED

Dr. Bill Warner: How to support Paul Weston, and how to oppose totalitarian authority. Here again, as always, we see Muslim leaders reacting to a counter-terror action not by standing with the police against the “extremism” they ostensibly oppose, but by denouncing the police for offending Islam by the way they conducted the raid. This is akin to the perennial “Palestinian” claims that every Israeli counter-terror action is “disproportionate,” […]Â Continue Reading Â» 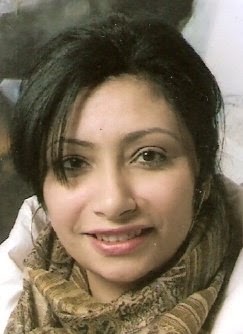 Replacing the natives with a Mohammedan proletariat. If you say something, they will put you in jail:

(By Sandra Cordon) (ANSAmed) – ROME, APRIL 29 – At least 800,000 migrants are about to depart the North African coast for Europe, while the reception system in Italy – the first landing point for the vast majority of these – is already on the brink of collapse from tens of thousands of earlier arrivals, official said Tuesday.

“We no longer have a place to take them, and locals are overwhelmed by the constant arrival of foreigners,” Giovanni Pinto, head of the Immigration and Border Police agency, told a joint meeting of the foreign and defence committees in the Italian Senate.

END_OF_DOCUMENT_TOKEN_TO_BE_REPLACED

“The future must not belong to those who…..”

Saudi Arabia and other Islamic countries accused Norway of doing too little to protect its Muslim minority, with Saudi Arabia calling for all criticism of religions or their prophets to be made illegal. …

More demands for protection of the preposterous false prophet of islam atÂ The LocalÂ (and who isÂ protecting the non Muslims in Islamic countries?)

BARONESS CAROLINE COX speaks at TAU’s Green House yesterday. Â Baroness Caroline Cox of Queensbury warned about the growing threat of political Islam in Britain and Africa at an event hosted by the Yuval Ne’eman Workshop for Science, Technology and Security at Tel Aviv University and The Israeli Institute for Strategic Studies on Monday.

“Islam is using the freedoms of democracy to destroy it,” as some of its adherents try to “inhibit criticism,” said Cox, speaking at the Green House next to the university.

More on decaying Britain and its loss of freedoms atÂ The Jerusalem PostÂ thanks to Mullah, pbuh

Never again. To Jews it means a refusal to give genocidal bigots another go at them. To Obama, it means refusing to ever again have to listen to an Israeli leader explain why his country cannot commit territorial suicide in order to appease a gang of genocidal bigots.