Islamic State – Do We Believe Obama or Mohammed?

Prof Bill Warner cuts to the chase: what Muhammad did, was Islamic. What his followers are doing, is pure Islam:

by FjordmanÂ (Gates of Vienna)

It can become quite tiresome to refute the same falsehoods repeatedly. On behalf of the Obama Administration, in September 2014 the US Secretary of StateÂ John KerryÂ made a plea to wipe out poverty and improve health and education as the most powerful antidote to the “toxic” beliefs of Islamic extremists.

The Marxist-inspired argument that Islamic terrorism is caused by poverty is plain wrong and has been disproven many times.Â Several studiesÂ indicate that Islamic terrorist have above-average education and at least average income. Some come from very wealthy families. Osama bin Laden grew up in Saudi Arabia as a son of a billionaire. Saudi Arabia was never under European colonial rule. Instead, it is the cradle of one of the world’s most brutal imperialist traditions, the Arab cultural imperialism we call Islam. 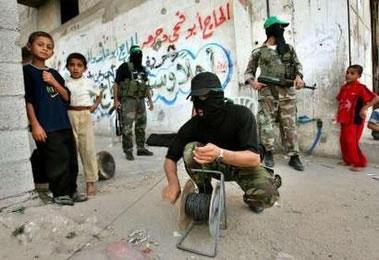 One may also hear quite a few people in Europe, especially on the political Left, arguing that when Hamas hits Israel with murderous Jihadist attacks, this merely amounts to resistance against “occupation.” To argue like this starts down a very slippery slope. Terrorism is never acceptable, either in the Western world or in the Middle East. One cannot morally denounce Anders Behring Breivik until one has morally denounced Hamas and similar Islamic groups, too. Ultimately, Hamas is fueled by the same Islamic religious beliefs as ISIS, the Islamic State.

Moreover, the suggestion that Islamic terrorism is a reaction to occupation is false. Even tiny Norway, a small country in the far northern reaches of Europe, has already been hit by several Islamic attacks. 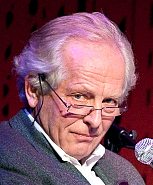 In 1993,Â William NygaardÂ was shot three times outside his home in Oslo and miraculously survived. This case has never been solved. However, most people assume that the attack was triggered by the fact that he was the Norwegian publisher of Salman Rushdie’s novelÂ The Satanic Verses, which many Muslims found insulting.

The assassination attempt on Nygaard was not caused by his occupation of anything. It was caused by the fact that he published a book that Muslims did not like. Criticizing or mocking Islam potentially carries the death penalty, according to traditional Islamic law. This goes for non-Muslims as well as for Muslims. Since Islam today has a nearly global reach, the Jihadist threat against freedom of speech has become nearly global in scope.

On September 29 2004,Â Brahim Bouteraa, a rejected Muslim asylum seekerÂ from Algeria, entered the cockpit of an airplane in northern Norway and attempted to crash it. The plane was flying from the town of Narvik to the town of BodÃ¸. The lives of all those on board were narrowly saved solely due to the resolute intervention from a couple of male passengers. The plane was literally seconds away from crashing into the ground when the pilot finally managed to regain control over it. Brahim Bouteraa was judged sane by psychiatrists and sentenced toÂ 17 yearsÂ in prison. He was described as aÂ very devoutMuslim who wanted to becomeÂ an imamÂ and open a mosque in the town of Narvik. Bouteraa had been member of aÂ militantÂ Islamic group in his native Algeria. He cited some texts in Arabic, possibly Koranic verses, immediately before the attempted hijacking.

Why did Brahim Bouteraa try to carry out a mass-murdering Jihadist attack to kill many Norwegians? Was it to protest the Norwegian occupation of Norway? 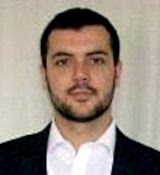 On December 11 2010, Taimour Abdulwahab al-Abdaly, an Iraqi-born Swedish citizen, tried to carry out a mass-murdering Jihadist attack inÂ Stockholm. Due to his own incompetence, this Arab Muslim terrorist only succeeded in killing himself with his suicide bombing, the first of its kind in Scandinavia. However, he could have killed many people that day, as he clearly intended to do.

Why did Taimour Abdulwahab al-Abdaly try to carry out a mass-murdering Jihadist attack to kill many Swedes? Was it to protest the Swedish occupation of Sweden?

In January 2013 the Pakistani-American Islamic terroristÂ David HeadleyÂ was sentenced by a US federal court to 35 years in prison for his role in the Mumbai terror attacks in 2008, which killed 164 people. He pleaded guilty and co-operated with US authorities to avoid the death penalty and extradition to India. Headley also pleaded guilty to taking part in a plot, along with co-conspirator Canadian-Pakistani businessman Tahawwur Rana, to attackÂ Jyllands-Posten’s headquarters in Copenhagen and Aarhus in Denmark, behead the paper’s employees and throw their heads into the street. 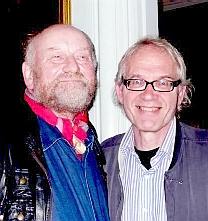 The terror plot was in response to the newspaper’s publication of cartoons of Islam’s founder Mohammed in 2005. One of the Danish cartoonists, Kurt Westergaard, has received numerous death threats and murder attempts by Muslims. In Sweden, the artist Lars Vilks now lives under constant police protection due to Islamic death threats over his drawings of Mohammed. Both the Swedish Security Service (SÃ¤po) and the Danish Security and Intelligence Service (PET) have probably helped prevent several Islamic terror attacks.

Why did Islamic terrorists want to behead people in Denmark? Was it to protest the Danish occupation of Denmark?

Norway, Sweden and Denmark have all been targeted by potentially mass-murdering Islamic Jihadist attacks. EvenÂ FinlandÂ now has a growing Jihadist problem. It is presumably only a matter of time before the first such Islamic attack succeeds. We are currently witnessing an escalating international wave of Jihad, wiping out non-Muslims in much of the Middle East and gradually spreading to other parts of the world.

Meanwhile, quite a few Europeans voice sympathy for certain Jihadist terrorists such as Hamas. It is very disturbing to see some Europeans and Westerners fascinated by the very same ideological forces who are trying to subdue or kill them. It is an ominous sign that does not bode well for the future.

A new darkness is descending upon Europe. Some Europeans seem enthralled by this darkness.

Linking Islamic terrorism to American foreign policy or to Israeli policies is also misleading. Muslims have been conducting Jihad continuously for 1400 years. Arabs were raiding and aggressively invading several continents, including Europe, as far back as in the seventh century. Violent Jihad existed over a thousand years before the USA was founded or Israel existed as a state. Presenting Jihad as merely a defense mechanism against the West, the USA or Israel is not only wrong. It is ridiculous, and amounts to falsifying history.

What does cause Jihad violence, then? Islam does, including the Koran itself and the personal example of the religion’s founder Mohammed. It is above all the concept of Jihad that makes Islam uniquely dangerous and aggressive among all of the world’s major religions.