No critique of Islam must be allowed.

Wilders had maintained in his speech that Islam had declared war on Europe, and was urging people to become terrorists and that the Koran had to be forbidden. Scroll down for the story.

Iranian Foreign Minister “all smiles” over nuke concessions from US

Why wouldn’t he be “all smiles”? He’s achieved total victory. “Iranian Foreign Minister ‘All Smiles,’” by Adam Kredo, Washington Free Beacon, April 1, 2015
.
Pamela Geller:
.
The Iranians got everything they dreamed of and more. Netanyahu says that the deal endangers Israel, the Middle East, and the peace of the entire world. Of course this savage is all smiles.

Sweden passes law to criminalize any criticism of immigration

A new law will come into effect in Sweden after Christmas 2014, that will allow people to be prosecuted for criticizing immigration or politician’s unwillingness to…  SPEISA.COM|BY SPEISA

“I feel betrayed by Britain. I came here to get away from this and the situation is worse here than in the country I escaped from.” She has every reason to feel betrayed. Instead of insisting that Muslims in Britain renounce polygamy…   BY ROBERT SPENCER

Ban Islam and knock down all mosques, urges Ukip candidate

Jackie Garnett, who is a Ukip council candidate in Oldham, proposed that all mosques should be destroyed and accused Muslims of carrying out “ethnic… | The Times

Mustards go apeshit because Wilders keeps telling the truth…. (thanks to Vlad Tepes) 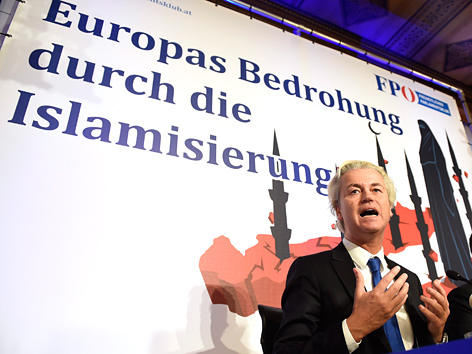 During his visit to Vienna, Netherlander Geert Wilders compared the Koran with Hitler’s Mein Kampf. A Muslim organization notified the Vienna prosecutor’s office.

The speech of the Netherlands politician, given last week in the Hofburg at the invitation of the FPÖ, setting forth his thoughts on the “Islamization of Europe,” will be examined by the public prosecutor. Tarafa Baghajati is head of the Austrian Muslim Initiative * (IMÖ)–the organization that sent the notification to the prosecutor on Tuesday. 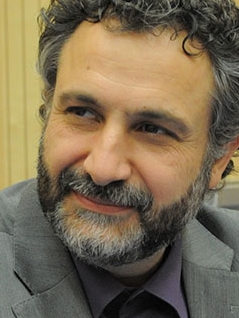 It is legitimate, said Baghajati to religion.ORF.at., to examine whether content of the speech is illicit. Specifically, it concerns the persecution paragraphs on denigration of religious doctrine and the prohibition statute. According to media reports, Wilders had maintained in his speech that Islam had declared war on Europe, and was urging people to become terrorists and that the Koran had to be forbidden.

Such speeches being given in in a location with the symbolic significance of the Hofburg,** said Baghajati, is harmful to Austria’s reputation. The FPÖ, and especially its chief Heinz-Christian Strache, were constantly emphasizing that they are not against Islam and Muslims, but against the abuse of Islam and against extremists, said Baghajati.

However, said the head of the IMÖ, the fact that the FPÖ invited a politician who makes no distinction between Islam and the abuse of Islam, and even compares the Koran with Mein Kampf, shows where the FPÖ really stands. It will be up to the prosecutor’s office to decide whether the comparison should be seen as a whitewash of Nazism.

“We are afraid that hostility to Islam is becoming more and more a political program for right-oriented parties,” said Baghajati. Incipient Islam-hostile tendencies are also showing up in the mainstream, says the IMÖ head man.

The generalized suspicion directed toward Islam and Muslims, he says, is growing increasingly stronger in the society as a whole. Against this background. speeches like Wilders’ are dangerous for “the coherence of all society and not just for Muslims.” As with the general social problem of racism, countering it is not just the business of those affected, but of everyone–politicians, media, intellectuals and civil society. They must all be vigilant.

The organization, Austrian Muslim Initiative, was founded in 1999 and strives for to the social participation of Muslims in the general welfare.
Among other goals named on the organization’s website is “civic engagement in the area of anti-racism,.”

*Just as a matter of interest, the phrase meaning “Austrians” depicts the progress thus far from the “misogynous” general masculine Österreicher, standing for all persons, through Östereicher(innen)–inclusive of both sexes–to the present Österreicherinnen und Österreicher (feminine first) to what a German friend considers to be the predictable end result .i.e., the generalized feminine, standing for both sexes. Why not? Androgyny beckons.

**Hofburg–From the 13th to the early 20th century, residence of the Habsburgs in Vienna.