Yes, Islam is not a race, you are still a racist

Every Child is Born Muslim

The Prophet Muhammad said, “No babe is born but upon Fitra (as a Muslim). It is his parents who make him a Jew or a Christian or a Polytheist.” (Sahih Muslim, Book 033, Number 6426)
Yes, Islam is not a race, you are still a racist

… It’s also just willfully ignorant. Muslims make up the majority of those killed by ISIS; the people pushing to ban Muslim immigration try painting this as a war between Islam and non-Muslims, but the truth is it’s a war between extremists and every single person, of every faith and colour and creed and what have you, that isn’t them. …
Sure, you betcha: Islam is a not a race. That doesn’t mean that your motivations aren’t racist. Now, please, please, shut the fuck up.

Nice, eh? SBS employs a lunatic scribbler  paid by your tax dollars to vilify us all and roll a turd in glitter.

A common defense used by those making prejudice statements regarding Muslims has been to claim that ‘Islam is not a race’, this doesn’t fly with comedian Ben McLeay who says that, besides it being weird that they think that their ‘mis-categorisation’ is a defense excusing their bigotry, it actually doesn’t make them any less racist.

If I had a dollar for everyone someone has told me “Islam isn’t a race” in the last week, I probably wouldn’t currently be two months behind on my internet bill. Delivered every single time by someone confident that they’re the first person to ever say it to me, it’s a sentence invariably used to argue that someone’s anti-Muslim sentiment isn’t the product of racism, and therefore totally fine.

The worst people alive are crawling out of the woodwork to comment exactly this sentence on every single article about Sonia Kruger and Pauline Hanson they can find, hoping that people will stop mistaking their hate speech for dangerous racism and instead acknowledge it as run-of-the-mill, harmless religious discrimination.

Let’s say for a second that these people aren’t racist (they are), they still seem super ok with admitting to another, equally as dumb and dangerous form of discrimination. I trot out this statistic a lot, but there are 1.6 billion Muslims in the world. That’s over a fifth of the population of the planet. Banning 1.6 billion doctors and lawyers and mothers and fathers and TV hosts and rodeo clowns and artists and children and librarians and chefs because of the actions of extremists would be like nuking a city to destroy a wasp’s nest

It’s also just willfully ignorant. Muslims make up the majority of those killed by ISIS; the people pushing to ban Muslim immigration try painting this as a war between Islam and non-Muslims,  but the truth is it’s a war between extremists and every single person, of every faith and colour and creed and what have you, that isn’t them.

But we can ignore that, because it is about race. Take Pauline Hanson as an example: her two major crusades before her newer, trendier hatred of Muslims were Indigenous Australians and Asian people (which also covers a ludicrously huge group of people, but let’s not get into that now). You can’t really hide behind religion as a scapegoat for either of those two, and yet for some reason people are jumping to her defence claiming that this time it’s actually a super objective, extremely rational fear of everyone from the world’s second biggest religion, not the racism she’s been famous for since around the time Jurassic Park came out.

Jurassic World comes out and then Pauline Hanson comes back too. Coincidence or something more sinister?

White Muslims definitely exist but, really, if I asked you to picture a Muslim, the odds are that you are not picturing a white person. If you were of a young, impressionable age when 9/11 happened, chances are for you the stereotypical idea of a Muslim will always be a bearded man from the Middle East, possibly wearing an army jacket, thanks to the wild fear-mongering we were subjected to back then.

Islam is estimated to constitute a full 45% of the population of Africa, and our dear friends to the north, Indonesia, have the largest Muslim population of any country in the world. As you can see, Islam is an incredibly diverse religion.

“Ah, you’ve made my point! You’ve been defeated by your own logic!” I hear you type angrily into the comments section. Well, no actually, I’ve made mine. What does ISIS ( the Islamic State Of Iraq and Syria) have to do with a schoolteacher in Indonesia? Absolutely nothing.

Can Australia really accept this risk?

This is what we call “coded” racism. Using a term that doesn’t quuuiiiiite get at the meat of the fucked thing you’re really saying. In a time when we were getting better at not being dicks about gay people, dickheads were making fun of people for being “metrosexual” as a neat way of not making fun of them for ‘dressing like a poof’. In the US, the term “thug” is used a lot by conservative talking heads as a way of vilifying young black men.

These people might be saying that it’s Muslims they want to stop from immigrating to Australia, but they’re not talking about the schoolteacher from Indonesia or the doctor from Uzbekistan, they are talking about people that, let’s not mince words here, look like Osama bin Laden.

If somehow everything went to shit and these complete winguses got into power, they wouldn’t be searching white people at the airport to see if they’re carrying a Quran, they wouldn’t be measuring the beards of visiting Swedes, they would be stopping everyone of Middle Eastern appearance they saw.
Sure, you betcha: Islam is a not a race. That doesn’t mean that your motivations aren’t racist. Now, please, please, shut the fuck up.

What kind of a$$hole is this Ben anyway? When you click on his twitter page, this comes up: 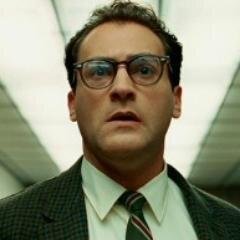 Bisexual. Bipolar. Bipurpose. Loose unit at @sbscomedy. Humble battler at @pedestriandaily. Opinions are my own and they rule.

No more flags of foreign countries posted on Facebook in a spirit of solidarity. No more empathic Twitter hashtags. No more empty statements by heads of government declaring that “the terrorists have failed in their effort to turn us against one another.” No more equally empty statements by other heads of government expressing their own country’s support for “our ally in its time of grief.” No more calls for love in the face of hate, or candlelight processions as a response to murder. No more clicking of tongues and shaking of heads over the horrible loss of life—as if people had died in a one-off natural disaster, a hurricane or tornado or tsunami—followed, after a few days, by a return to normal. Until the next time, of course.

No more attempts to psychologically analyze every new jihadist—to probe his troubled family or professional life in an attempt to figure out what “turned him to violence and extremism.” No more reflexive reassurances that “this has nothing to do with Islam,” that a handful of bad guys have “hijacked” a “peaceful” faith, and that “the great majority of the world’s 1.5 billion Muslims are, of course, peace-loving people who utterly reject this kind of action.” No more slick pivoting to the subject of gun control, or American homophobia, or whatever other diversion seems useful under the specific circumstances. No more blaming of Europeans’ supposed failure to accept or embrace or integrate or employ Muslims, or of Muslims’ alleged poverty or hopelessness or frustration or alienation.

No more hand-wringing by journalists, as they stand mere yards from the bodies of the dead, about the possible “backlash” against Muslims (which never really materializes). No more declarations by U.S. officials that the mere mention of Islam in connection with Islamic terrorism is “dangerous” and “counterproductive” because it “alienates” the Muslim allies and Muslim communities whose help we need in fighting this problem that we dare not properly name. No more respectful TV interviews with representatives of “Muslim civil-rights organizations” that have been proven over and over again to be fronts for terrorism.

No more outrageous lies by government and media that, almost fifteen years after 9/11, keep so many Americans so outrageously in the dark about the world in which we live now. No more of the despicable day-to-day efforts by the same actors to keep those Americans who do get it in line, to instill in them an unholy fear that, if they dare to address the problem honestly, they’ll be thrust forever out into the dark—beyond the realm of decent society, unacceptable, unemployable, unfriendable. No more societal tyranny by those who (because they’re cowardly, or feel powerless, or have no sense of responsibility to preserve the precious gift of freedom that their own forebears fought and died for and have bequeathed them, or are, inconceivably, unconcerned about the world their own children and grandchildren will inhabit) treat as enemies not those who seek to destroy them but those who dare to speak the truth about it….

In the years after 9/11, major acts of Islamic terrorism in the West seemed to come along every year or so, leaving plenty of time in between to go back to pretending that everything was fine and to resume mouthing benign platitudes. Now they’re happening so often, one right on top of the other, that we can hardly keep track of them. The only upside is that it’s getting harder and harder to maintain that pretense….