The following essay by our Dutch correspondent H. Numan discusses the current “hate speech” case against Geert Wilders, and the relevant social and political context of an increasingly Islamized Netherlands. 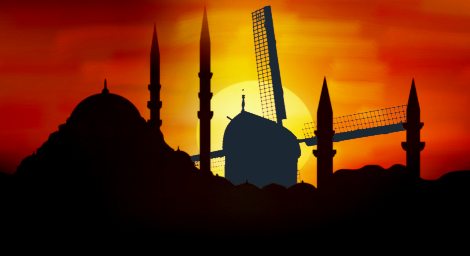 They don’t have to do anything

Muslims are taking over the West? They sure are busy, but they can relax. They don’t have to work hard. We’re really good at destroying our society ourselves, thank you very much. In America the media are up in arms over a possible, maybe, who knows, groping presidential candidate. Not a word (anymore) about a certified groping president who even got elected twice. Lots of women who suddenly remember being groped by Donald Trump. It happened twenty or so years ago, but now all of a sudden they demand justice! Nobody bothers to check their background, which almost invariably is either very shady: porn actresses seem a bit unlikely groping victims to me. Or they happen to be members of the Clinton team… Yes, those ‘groped’ women are really non-biased.

It’s not different in The Netherlands. We have a much better candidate who may not, cannot and must not be elected. You are probably familiar with Geert Wilders. He’ll be on trial once again. The first trial was a farce. A real joke. It made an utter fool of the court. It was a perversion of justice, and actually more fun to watch than an old black and white slapstick movie. Sadly, his lawyer had to pay the price for his very capable defense. He was removed from the bar for life. The judges got their revenge in the end. On Monday 31 October 2016 Wilders will have to appear in court again. Or would have, if he hadn’t decided to boycott the whole thing.

This time the farce is even greater. The charge is ‘inciting hatred’. Whatever that might be. It took well over two years before the public prosecutor dared to go to court with his ramshackle case. What had happened? After the elections of 2014 he asked his supporters if they wanted more Moroccans or fewer Moroccans in our country. The audience shouted in reply: “Fewer, fewer, fewer!!!” Okay, replied Wilders. We’re going to work on that.

It created an outcry in the country, nationwide. Everything on the Left was up in arms. Everyone in the center was deeply shocked. How dared Wilders goad his supporters that way! With full support from the police, justice was gang-raped. Not by muslims. They could sit back and relax. They didn’t have to do a thing. Preprinted forms were distributed at police stations all over the country for anyone willing to file a complaint. All you had to do was tick the box for what exactly offended you, and sign on the dotted line. A simple multiple choice complaint form. That’s how perverted Dutch justice is nowadays. That wasn’t done by mohammedans, but by us Dutch ourselves.

Yes, of course mohammedans were offended. Why shouldn’t they be? They always are, and this didn’t cost them anything more than a short stroll to a police station where translators and assistants were at hand to tell them where to sign. If they couldn’t read or write, no problem. Just scribble something that looks like a signature. Yes, most of those translators and assistants were mohammedans. The system, however, was Dutch. It was the Dutch themselves who perverted justice. Not the mohammedans, who simply hopped on for the ride.

Allow me to explain that a bit more fully. Anyone over the age of 18 and up to 65 contributes to our social welfare system. Also if you are student or unemployed. For each year you contribute a certain percentage is added to your entitlement later on. If you don’t pay or are outside the system — as I am — this is deducted. In my case, since I left the country, I don’t pay for social welfare and I’ll get at best 50% old age pension (AOW). This is reasonable, and fair. But … mohammedans, who entered the system at the age of — say — 40 get full benefits. Image Ibrahim went to Holland at the age of 35, worked 10 years, got “back problems” and was consequently put on medical benefits. He’ll get from 45 until 65 full benefits for not being able to work, and afterwards a full AOW pension. For both he contributed only 10 years. That is not fair, and very unreasonable. Hardly a soul knows this. This legislation was passed on a very quiet day in parliament, without anything appearing in print.

The Netherlands has 17 million inhabitants. One million, that’s a substantial number here. A million people who despise our way of living, and only stay here either to collect money or, in their very own words: want to take over the country. I can’t really blame them. I blame our government, our political and business leaders and the media for making it possible.

END_OF_DOCUMENT_TOKEN_TO_BE_REPLACED

2 thoughts on “They Don’t Have to do Anything”