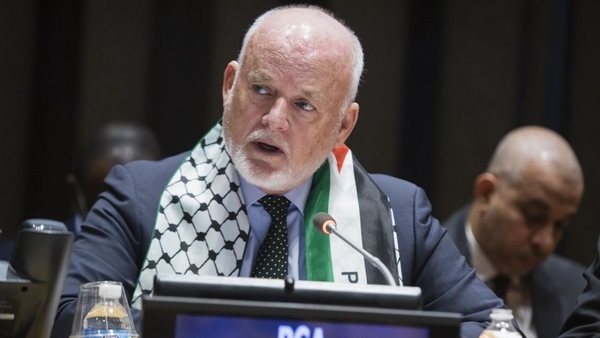 Last month, the President of the UN General Assembly, Peter Thomson, sported the famous checkered scarf, the keffiyah, a symbol of the “Palestinian resistance” (read terrorism). This is simply the continuation of the cultural obliteration of Israel, which is supposed to justify next its physical obliteration. (Image source: UN/Manuel Elias)

2016 has been a sumptuous year for the anti-Semites at the United Nations. The UN Security Council just targeted the only democracy in the Middle East: the State of Israel. The outgoing Obama Administration reportedly orchestrated what even Haaretz called a “hit and run” campaign in UN to denigrate the Jewish State and leave it to a fate where only conflict and hate loom. This is a cultural genocide that is no less dangerous than terror attacks. It is based on anti-Semitic lies and creates the atmosphere not for achieving “peace”, as disingenuously claimed, but for perpetuating war.

To all the liberal Jews who voted for Obama: happy now?

3 thoughts on “The UN Declares War on Judeo-Christian Civilization”