A Shortage of Coffins’ After Taliban Slaughter Unarmed Soldiers

At least 140 Afghan soldiers have reportedly been killed by Taliban attackers apparently disguised in military uniforms, in what would be the deadliest attack ever on an Afghan military base. 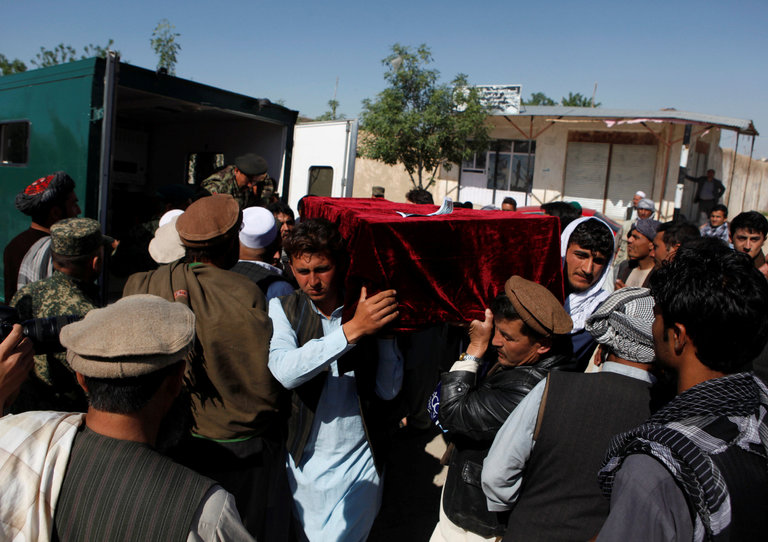 Relatives carried the coffin of a victim of the Taliban attack on an army base in Balkh Province.—New York Times

KABUL, Afghanistan — They looked like Afghan Army soldiers returning from the front lines, carrying the bodies of wounded comrades as part of the ruse.

For the next five hours, the militants went on a rampage, killing at least 140 soldiers and officers in what is emerging as the single deadliest known attack on an Afghan military base in the country’s 16-year war. Some assailants blew themselves up among the soldiers fleeing for their lives, according to survivors, witnesses and officials.

In other news, from the Religion of Peace:

One thought on “Afghanistan running out of coffins….”