Bernard Gaynor takes a look at the halal racket:

One Nation Under Islam:

According to popular wisdom, there is no way that Sharia law should, could or would be allowed in Australia. In fact, Barnaby Joyce wrote an article in The Australian on 21 May 2011 stating just that. It was titled ‘No place for Sharia law here’.

Unfortunately, the good news ends there. In the past.

That’s because the same Barnaby Joyce has just claimed that unless Australians stop campaigning against halal certification, which gives the big Sharia law tick of approval to the food we eat, our steaks will triple in price. 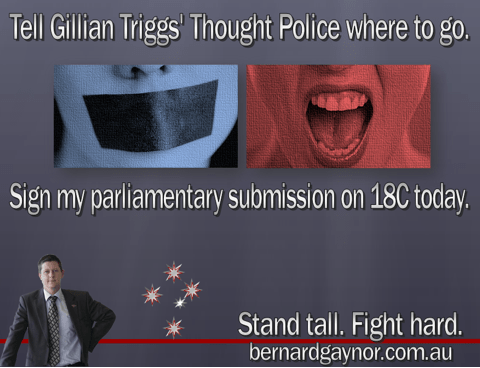 This is how the supposedly politically-incorrect MP was reported in The Australian:

“Beef prices could increase threefold or thousands of meatworkers could be sacked unless protesters cease their campaign against halal certification, Agriculture Minister Barnaby Joyce says.” 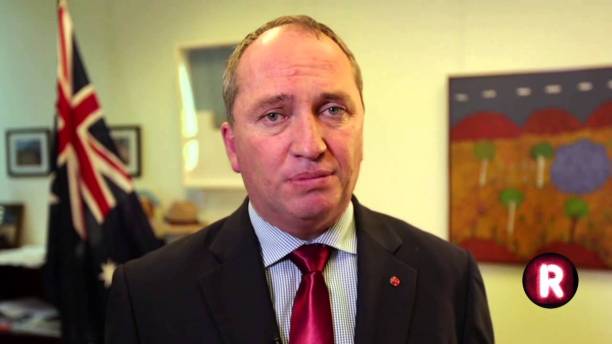 I don’t know how Barnaby Joyce reconciles his belief that Sharia law is not welcome in Australia, while at the same time defending a Sharia law program that he now thinks is so entrenched in our economic system that simply campaigning against its presence will send the price of meat (presumably excluding bacon) up by 300 per cent.

I’d also like him to explain exactly when he reached the logical conclusion that he could be opposed to Sharia law while at the same time overseeing the Department of Agriculture’s halal certification codes.

Unfortunately, Barnaby Joyce probably won’t pony up the courage to explain his position on these matters. But there are three points that can be made about this whole diabolical situation.

And let’s get Barnaby out of the way first.

Has he really changed his tune on Sharia law? I’d like to be charitable and think not. He’s probably just as against it today as he was on 21 May 2011. But that doesn’t really help him much. It just makes him a hypocrite.

Barnaby Joyce is prepared to ridicule Australians who legitimately express the same concerns that he has about the the growth of Sharia law influence in this country. And he’s doing it while he oversees the government imposition of Sharia law in fact over our export meat industry and in effect over our entire domestic supply.

Unfortunately, while courage might not be the hallmark of the modern politician, spineless cowardice combined with a good dose of double standards is. 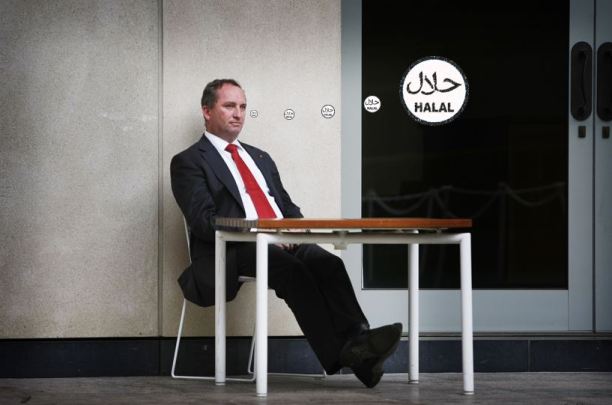 The second point that must be made is about the obstinate denial of the fact that Sharia law is operating in Australia whether we like it or not. And I’m not talking about the private decision by some Muslims not to partake in alcohol. I’m talking about official, government-endorsed Sharia law.

And there is no better way of demonstrating this than by quoting from the hansard of the Parliament of Australia.

This is what he was asked about halal certification in Australia:

“On this issue of standards, can you give us an indication of how variant the standards or nuances are?”

And this is his response (emphasis added):

“Effectively, it is fair to say that there is no international standard for halal, so every country pretty much has its own autonomy to be prescriptive in what it requires. That will range then from the recognition of the certifiers. In Australia, we have 21 certifiers. For example, only six of those 21 are recognised by Saudi Arabia. In certifying products from for Saudi Arabia, one of those certifiers has to guide their signature to the certificate with which we provide our signature that the product meets the requirements of Saudi Arabia.

That sounds a lot like the Australian government has dipped its toes into the whole Sharia law thing.

Point number three is this: while it is clear that there is a growing push to see Sharia law direct the operation of Australian society, there is absolutely no evidence to support Barnaby Joyce’s claim that removing halal certification on the meat Australians eat will increase costs.

Just think about it for a minute.

To gain Sharia accreditation, the supplier must jump through all sorts of hoops, including by forking out for the accreditation fees in the first place, employing specifically trained and accepted Muslims, and removing, separating and preventing contact with unhalal products (and humans), even to the point that an entirely separate supply chain is often required.

That doesn’t sound cheap. Nor does it sound efficient. It also sounds like the kind of system that already limits the opportunity of ordinary, non-Muslim Australians from gaining employment. And one does not need to be Einstein to see that an industry that has come from nowhere to make a fortune imposing Islamic dictates will probably impose more of them as time goes by. It’s only a matter of time before halal certification companies demand an entirely Islamicly-owned and operated supply chain.

Yet we now have the situation where our Minister for Agriculture is arguing that it is in our interests for Australian domestic meat supplies to be halal certified. He’s even claiming that the price of meat will rise if this Islamic apparatus is dismantled.

If that’s true, then we might as well pack and head to the nearest mosque now. Australia belongs to Mohammad.

Fortunately, Barnaby’s not being logical. Instead, he’s running scared. It’s just that he’s more scared of Allah than Australians and he’s asking us to pay for an Islamic supply chain, when, if he was doing his job, he’d be getting the Muslims to pay for the whole shebang. After all, we don’t care if Muslims eat halal meat as long as they cough up for it.

So let’s be honest.

What the Minister for Agriculture is really doing is acknowledging that almost all meat in this country is now slaughtered in accordance with Sharia law. I don’t know when this nation agreed to this unfortunate circumstance, but Barnaby’s in a position to do something about it. He’s choosing not to.

And he’s also inadvertently unveiled the burqa that’s been hiding some inconvenient and uncomfortable facts: our entire domestic supply chain is now at the mercy of those who want more expensive, less efficient halal certified meat that is slaughtered in a way that most Australians find morally repugnant and religiously dubious. And, along the way, this Islamic bureaucracy is effectively taxing all Australians to fund mosques and other Islamic initiatives in Australia. And in places like Syria.

In other words, a tiny minority in this country and those living in the Middle East have more say over the meat we eat than we do. And we are paying them for this ‘privilege’.

That’s all bad enough, but the Minister for Agriculture’s statement about halal certification (a process that his department oversees) also says something else. It says that Barnaby Joyce would rather see us eat Sharia law compliant meat than actually doing anything to protect our freedom of choice or the Australian national interest.

As such, Barnaby ‘No Sharia Law Here’ Joyce might as well be stamped with a big halal certified logo on his forehead. At least that way he’d know that we know the truth: he might be a minister in the Australian government, but he’s taking his orders from Mecca. 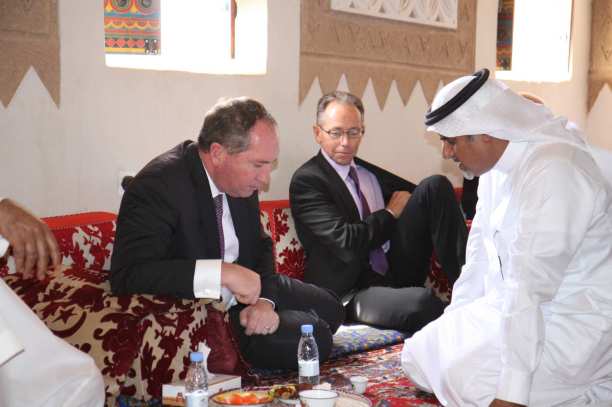 3 thoughts on “When did our gov’t start taking orders from Mecca?”