Good advice. Such a people don’t exist. Never existed. The term “Rohingya” is invented to suggest illegal Bengali settlers in Burma have rights to  Burmese land. 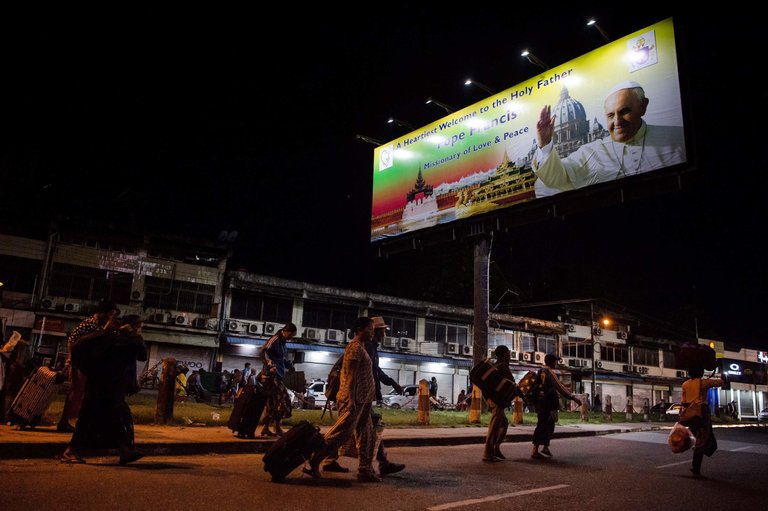 Catholics arriving in Yangon, Myanmar, on Saturday, ahead of a visit by Pope Francis.

ROME — Earlier this month in the Vatican, Pope Francis received a special plea from Cardinal Charles Maung Bo of Myanmar, the overwhelmingly Buddhist nation where the pope will make his 21st, and perhaps most politically perilous, foreign trip beginning Monday.

“It is a very contested term, and the military and government and the public would not like him to express it,” Cardinal Bo said in an interview after the meeting during which he himself avoided using the word, referring only to Muslims who are suffering in Rakhine State.

One thought on “Don’t say “Rohingya””