At a press conference in Canberra to warn of the “devastating” impact of detention on children, the UNHCR director for Asia and the Pacific, Indrika Ratwatte, said refugees on Nauru should be prioritised and quotas should not be spent on any decision to open migration to South African farmers.

UNHCR director for Asia and the Pacific says the mental health of those on Nauru is ‘very shocking’
THEGUARDIAN.COM

The Council on American-Islamic Relations (CAIR) is the latest left-wing organization to lambast the Commerce Department’s decision to begin asking United States residents on the 2020 Census if they are American citizens.

(CAIR) is not “left-wing”, it is Islamic. CAIR is Hamas, al Qaeda & the Muslim Brotherhood.

CAIR has been declared a terrorist organization by the United Arab Emirates and was named by federal prosecutors as an unindicted co-conspirator in a Hamas-funding operation.  | Breitbart Katie Hopkins is a better investigator than Britains dhimmified Cops.

Katie Hopkin’s has revealed she was investigated by the police for linking child grooming gangs to the Paki community.
YOUR-BREXIT.CO.UK

Oh yes she does. In fact, that’s all she does. “Anne” Aly is a well trained Mohammedan agitprop. She plays every register of the victimhood organ.

The first Muslim woman elected to Australia’s federal parliament has spoken of how racism and domestic violence has shaped her career. Egypt-born Anne Aly has released an autobiography “Finding My Place,” which details religious bigotry she suffered at school and violence at the hands of her first husband.
.

The first Muslim woman elected to Australia’s federal parliament has spoken of how racism and domestic violence has shaped her career. Egypt-born Anne Aly has released an autobiography “Finding My Place,” which details religious bigotry she suffered at school and violence at the hands of her first husband.

The story of Anne Aly has some disturbing twists that include Jihad Watch; her new role as MP should be a point of concern. Undoubtedly, Aly will denounce this post as “Islamophobic,” since any negative truths written about Islam, no matter how obvious and demonstrable the facts are, is deemed to be “Islamophobic,” “racist,” “bigoted” and the like.

Here is some background: Aly wrote an appeal to former Australian Prime Minister Tony Abbott on March 4, 2015, decrying “racism” against Islam. She begins her letter by identifying herself as writing in her “formal capacity as the Founding Chair of People against Violent Extremism Inc….but also as a member of the Muslim community and an academic researcher and practitioner in countering violent extremism.”

In her letter to Abbott, Aly condemned Robert Spencer (and his followers). She complains:

Last year I was quoted in the Australian media in reference to Islam and the barbaric practices of Daesh. The article, in which I stated that beheadings are not part of the Islam tradition, caught the attention of an anti-Islamic group by Robert Spencer. According to Spencer’s website, Jihad Watch, my comments were “designed to comfort and reassure non-Muslims”.

Spencer and his followers claimed that my comments were fabricated, that I was “lying about Islam” and that I was “an expert at taqiyya”. Like many of my counterparts who have also spoken out, I have been labelled an “Islamist apologist” even though the majority of my media commentary is based firmly in academic research and practice.

Beheadings are indeed a tradition in Islam and are sanctioned by Islamic texts, so Aly’s boasting about her academic research and practice is peculiar and deceptive. When it comes to beheadings in Islam, ISIS has nothing over the Kingdom of Saudi Arabia. Prominent Shia interfaith activist Jawad Al-Khoei has stated recently that the Islamic State’s terror and beheadings are deeply rooted in Islam. Robert Spencer also makes the same irrefutable case HERE.

A legitimate question: is Aly lying, or is she illiterate about Islam and its history?

In Aly’s letter to Mr. Abbott, she also praises Barack Obama, whose administration was infiltrated by the Muslim Brotherhood, and she weaponizes her carefully calculated victimhood:

I sincerely implore you Mr Abbott, to consider the impact of your words, for words have the capacity to change nations and inspire masses. I understand that you have a political agenda but please understand the damage that this rhetoric is doing in undermining the years of good work that we are trying to do as practitioners in CVE. Personally, I am deeply disappointed that my elected leader, a person to whom I should be able to look up to, considers my work not only insignificant, but even worse, insincere. Could you please explain to me Mr Abbott, how much more I need to do? How much more hate mail do I need to endure to prove to you that I am sincere? Please explain to me how many more insults and threats from those who support your views do I need to bear before you consider my efforts sincere?

Anne Aly has a history of manipulating identity politics, in which victimhood has become an entrenched strategy, to the detriment of real victims everywhere. In 2014, she claimed she got “hate mail” after her deceptions were exposed. At that time, Robert Spencer reported:

A few days ago I wrote some commentary here at Jihad Watch on an article about a Muslim professor in Australia, Anne Aly. I showed with quotes from the Qur’an and other Islamic sources that the article was filled with half-truths, distortions, and outright falsehoods about Islam. Apparently someone posted her email address in the comments field here, and now there is an article in The West Australian about how poor Professor Aly has received…hate mail. She got hate mail? And this is a news story? If receiving hate mail is newsworthy, I should be on the front page of the New York Times every day. Here’s one I got on the same day I wrote the post about Aly…

Aly speaks the language of the Muslim Brotherhood and Organization of Islamic Cooperation in consistently maintaining that Islam is not about violence; and so it is “Islamophobic” and “racist” to refer to history and religious texts that sanction violence — despite the fact that Muslims are acting on those texts and committing acts of violence against innocent people globally.

The Muslim Brotherhood stratagem of conquest is deceptive, distancing itself from the global network of violent jihadists. Yet its plan for North America (and more broadly the world) “is a kind of grand Jihad in eliminating and destroying the Western civilization from within and ‘sabotaging’ its miserable house by their hands … so that … God’s religion [Islam] is made victorious over all other religions.”

Back in 1995, Mustafa Mashhur, head of the MB in Egypt from 1996-2002, published a document, Jihad Is the Way, “which detailed MB’s determination to advance Islam’s global conquest, to reestablish an Islamic Caliphate, and to infuse all Muslims with a sense of duty to wage jihad against Israel. Masshur said that MB differed from al Qaeda only in its tactics, not in its goals.”

Anne Aly is a so-called “leading expert” from Egypt on counter-terrorism and past adviser to the United Nations, so she likely knows all this and more, but prefers to conceal it and make her way through the “anti-racism industry,” which I know about firsthand as an appointee (by Canada’s Conservative former Prime Minister Stephen Harper) to the Canadian Race Relations Foundation (CRRF). That is, I experienced it firsthand before I was fired by the Liberal Trudeau government that succeeded the Harper government, and which has an “Islamic supremacist entryist problem.” Chris Alexander, who was the Harper government’s Minister of Citizenship and Immigration (under which the CRRF functioned during the Harper era) tabled a “zero tolerance against barbaric practices act,” which became a fierce battle, as career leftists and sanctimonious dupes took more offense to the term “barbaric practices” than to the barbaric practices themselves.

Australia has trouble on its hands with the deceptive Anne Aly in Parliament. She said last year “that race discrimination laws should be expanded to cover insults based on religion as well.” Adding to the problem is that Australian police officers must now undergo “‘Muslim sensitivity training” in order to better understand the culture of Islam, and “combat radicalization of homegrown terrorists.” Did Aly have a hand in imposing this training? 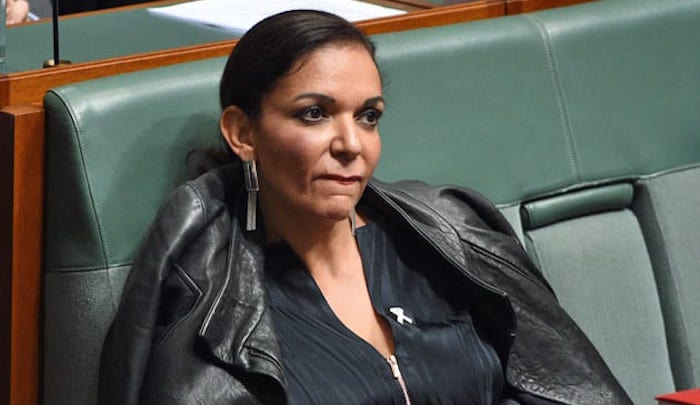 SYDNEY, AUSTRALIA —The first Muslim woman elected to Australia’s federal parliament has spoken of how racism and domestic violence has shaped her career. Egypt-born Anne Aly has released an autobiography “Finding My Place,” which details religious bigotry she suffered at school and violence at the hands of her first husband.

From Cairo to the Australian capital Canberra, “Finding My Place” is the story of abuse, desperation and success. Anne Aly came to Australia from Egypt when she was two years old. She details how she was bullied by fellow students at school because of her Arabic heritage and how she was subjected to abuse and violence by a former husband.

Aly, who is 50-years old, went on to forge a successful career as an academic. She became one of the world’s leading experts on counter-terrorism and was an adviser to the United Nations.

She writes in her newly-released autobiography that after a decade as a well-regarded researcher she was becoming jaded with Australia’s political system and its apparent inability to bring about change. She thought the only way to make a difference was to leave her academic career behind and enter politics.

In 2016, she was elected by a narrow majority to Australia’s federal parliament, where she represents the center-left Labor opposition.

“One week in parliament somebody decided to call up and say tell Anne Aly if she wants to earn the respect of White Australia then she needs to be quiet. You know, I get a lot of hate mail, I get a lot of hate phone calls but that one was particularly stinging, and it was particularly stinging because as I write in the book I had spent much of my life trying to be this person that in my mind and in my head — I am Australian,” said Aly.

According to official statistics, there are about 600,000 Muslims in Australia, which is roughly 2.6 percent of the total population…..

5 thoughts on “Must we become “white supremacists” to reject Islam?”