Rachel Maddow cried on TV, let’s get rid of borders.

“Infants as young as 18 months are being caged like animals.” Theresa May condemns Trump’s ‘zero tolerance’ immigration policy: said the policy was ‘deeply disturbing’ and ‘wrong’.

The journaille knows absolutely nothing about immigration and refuses to learn

The pattern is: They make the news; we find out their asylum applications were total frauds.

Our country is being victimized by a network of con-artist foreigners and America-hating left-wingers passing out fake papers, fake stories and fake scripts to Third-Worlders, who lie about seeking “asylum” to get in on the American gravy train and wreck our country.  (Ann Coulter)

All this kids & borders stuff is nothing but a smokescreen to detract from the attempted coup d’état by FBI & CIA swamp creatures to dislodge Trump from the presidency. Spain: everything you need to know about the supposedly traumatized, invasive and illegal migrants in #Valencia. These people are nothing more than   looters & moochers!

Majority of Australians believe there are too manyMohammedans entering the country, according to social research figures, obtained by Daily Mail. 13 inspiring photos of celebrities that will make you say “fuck having borders and law and shit!” Things that bother Mohammedans from the Religion of Peace:

HillaryClinton: “Jesus said, ‘Suffer the little children unto me.’ He did not say, ‘Let the children suffer.’

Did Jesus also say, “I know a way to go from zero to three hundred million bucks on a government salary”? 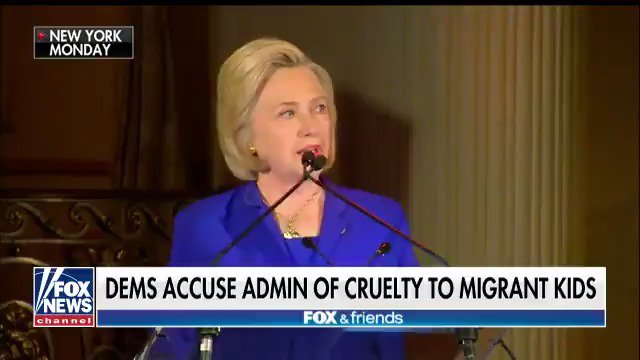 One thought on “Immigration Invasion”