Unfortunately, Giuseppe insists on redistribution of unassimilable African savages. We oppose any settlement whatsoever, so we beg to differ…

The head of the newly appointed populist government said Italy is ready to battle Brussels until all member states share responsibility of migrants reaching Italian’s shores in a warning shot to the EU.

In the run up to the EU summit, Mr Conte unveiled the 10-point plan that he believe will make the EU summit a “watershed”.

In his speech to the Italian parliament, Mr Conte called for the abolition of the Dublin Regulation and a new take on immigration rules.

He said: “We need to take concrete decisions in this European Council.

“Without hesitation, ambiguity and fear.

“With the strength of a government that speaks only one language in Europe.

“This immigration meeting, thanks to us, can become a watershed.”

His plan wants to “overcome Dublin”, the set of rules regarded as notorious in Italy as they state the immigrants’ country of entry to the EU must bear the burden of examining their asylum-seeking requests.

He said: “The problem is the so-called primary movement.

Hungary’s Viktor Orbán has congratulated Italy’s Matteo Salvini for calling out the NGOs ferrying migrants from Africa to Europe as “white-collar people-smugglers”, slammed the EU for backing them, and warned that “everyone should be wary of the idea of Islam being part of any European country”. Most Muslims Believe there is Only One Islam

Most Muslims Prefer to Live Under Sharia Danish minister for immigration Inger Støjberg says that Italy must accept migrants rescued by shipping company Maersk.
.
This situation has now been resolved. Italy accepted these welfare looters to let Maersk off the hook.
Continued from above:
“This is costing Maersk a lot of money…”
.

“We need to get out of the emergency logic to move on to structural responses.

“We have identified ten goals.

“The first is to intensify relations with the countries of origin, to prevent outflows. I am thinking in particular of Libya and Niger.

“Then we need to strengthen the external borders of the European Union, and intensify agreements to patrol the coasts.

“We have to overcome Dublin, there is no doubt that it is inadequate to manage migratory flows.

“The criterion of first arrival must be eliminated. Who arrives in Italy, arrives in Europe. 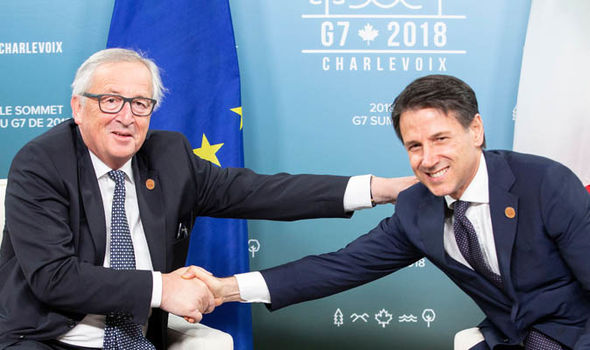 “I will say it aloud to all interlocutors. The Italian coasts are European coasts. This criterion must be overcome”.

With interior minister Matteo Salvini sitting next to him, Mr Conte launched a thinly-veiled attack against France and Spain.

The leaders of the two EU countries criticised last week Rome, arguing its government was being “egotistical” for its refusal of letting non-for-profit associations’ ships carrying migrants dock to its harbours.

Mr Conte said: “The rescue obligation can not become an obligation to take on the responsibility of handling the applications on everyone’s behalf.

“The EU must tackle human trafficking with common initiatives, it can not leave countries alone. 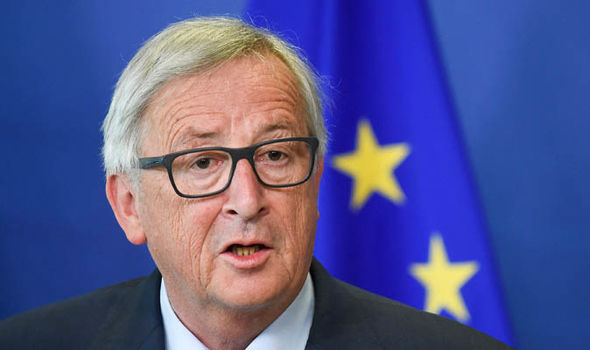 Mr Conte warned the EU the Dublin Regulation must be abolished

“Furthermore, we can not bring all migrants to Italy and Spain alone, but to all other countries.

”Each state establishes the amount of migrants it can accommodate.

“We need to take countermeasures against those who do not want to welcome anyone”.

Mr Conte will meet leaders of the EU and heads of state during the June 28-29 summit to be held in Brussels.