Osama bin Laden’s mother: “He was a very good child until he met some people who pretty much brainwashed him” The United Kingdom, land of the Magna Carta, is a doomed joke. 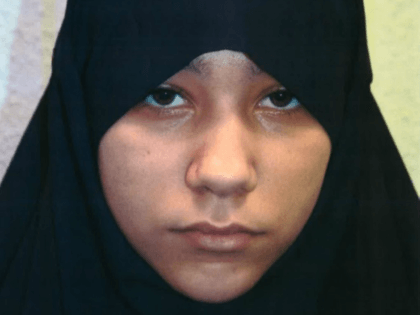 Safaa Boular, 18, was sentenced to two ‘life’ sentences at the Old Bailey court on Friday after she, her mother, and sister were convicted of terror offences for planning a knife attack at a London museum.

Despite being handed two ‘life’ sentences, she will, in fact, be expected to serve a minimum of only 13 years.

Good luck with that. Once that shiite is “law”, its almost impossible to get rid of it.

Tommy Robinson is free, but what we’ve learned about the British legal system is terrifying

On Wednesday morning, in a very brief proceeding at the Royal Courts of Justice, the Lord Chief Justice of England and Wales himself set Tommy free, throwing out the entire contempt of court conviction against Tommy from May of this year, and immediately freeing him from prison.

TONIGHT I’ll tell you what prison was like for Tommy Robinson.

He was subjected to abuse by some of the many Muslim prisoners, putting spit and feces through his ground floor window. 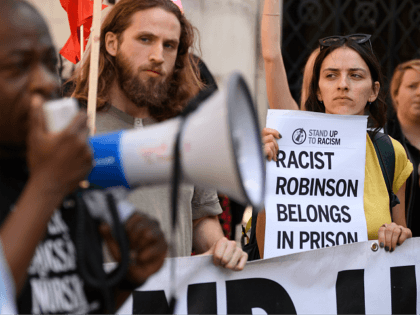 And he lost 40 pounds. The prison meals were prepared by Muslim prisoners, who kept saying, “How was your food, bruv? Did you enjoy your meal?” What did they put in his special Tommy Robinson meal…?

So Tommy ate only fruit that had a peel, or cans of tuna. That he had to buy. But the prison only allowed him to spend about 15 pounds or so a week. They literally wouldn’t let him buy more food.

Remember Omar Khadr? He was detained at Guantanamo Bay. He had the finest medical care. He put on so much weight, he became a bit fat, actually.

But because U.S. intelligence officials deprived him of sleep for several nights as they were interrogating him about his terrorist activities, Khadr sued the Canadian government and he was given a $10.5 million payout, and a public apology by Justin Trudeau himself.

Tommy Robinson’s only “crime” was reporting on a Muslim rape gang — and he was subjected to true torture. Do you think he’ll get a dime from Theresa May, let alone an apology?

Tommy is on vacation now with his family. A chance to reconnect with them — did you know he only had two visits with them in his entire incarceration? Did you know that he only had two visits with his lawyers through the whole time — a third time was cancelled with no explanation by the prison itself, and the two that proceeded were cut in half by the prison?

Tommy will be back in action later this month, and we’ll talk some more. The Court of Appeal has quashed his conviction in Leeds; but it has also ordered that contempt hearing to be held again. So believe it or not, they will be putting Tommy on trial all over again, for the same thing. Theoretically, they could convict him again and punish him again.

Obviously we will want to help him with that. And obviously we will let you know — because unlike the UK government, Tommy doesn’t have unlimited resources of police and prosecutors and lawyers and bureaucrats and prison guards.

The court of appeal verdict was compelling. It was amazing.

But that was just one battle in this larger war.