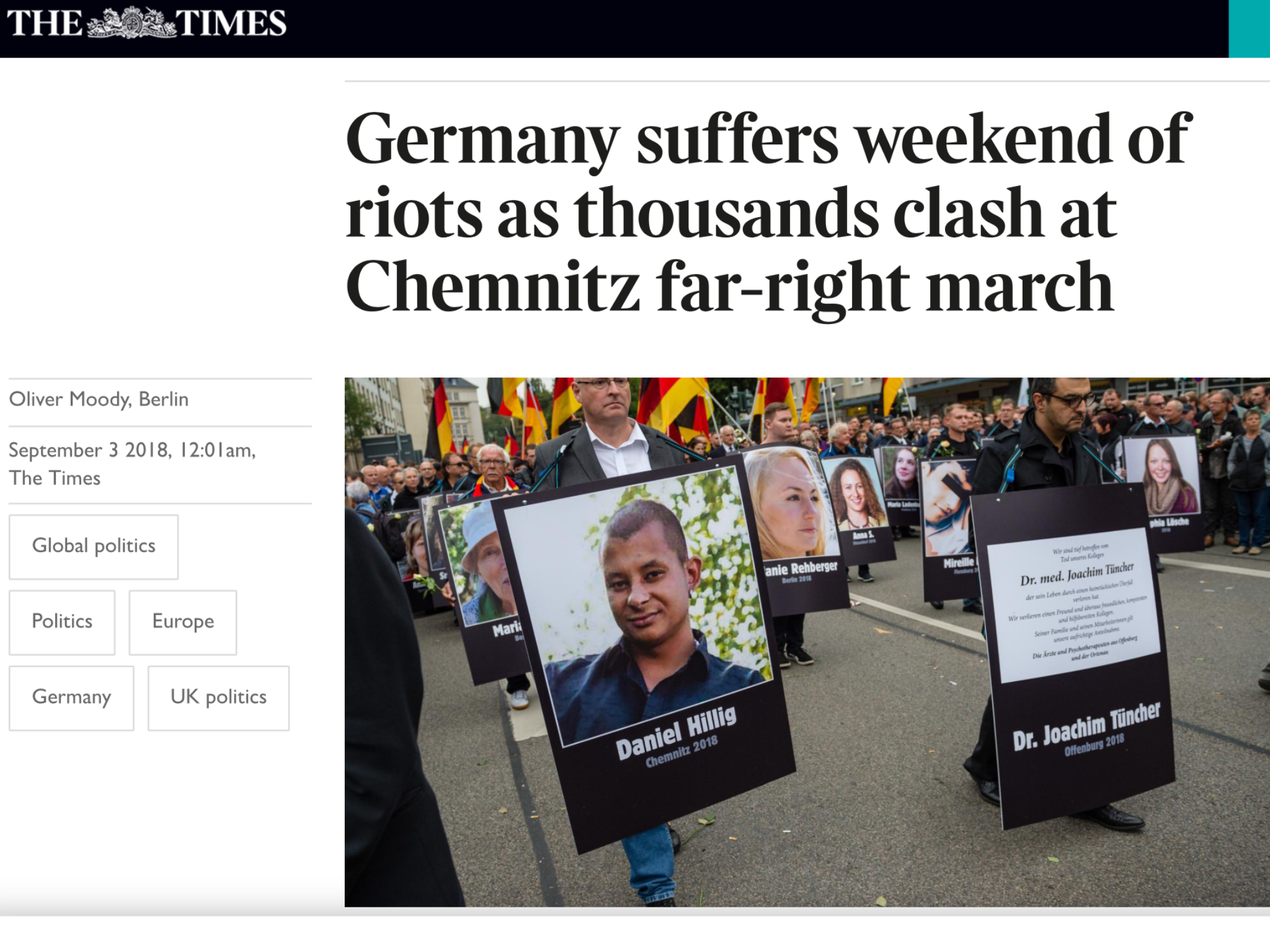 “More than 9,000 protesters from the left and far right have clashed in the troubled German city of Chemnitz during a weekend of riots that left at least nine people injured.

“Police deployed water cannon and armoured vehicles in an attempt to suppress the violence after a week of increasingly turbulent protests prompted by the killing of a German man, allegedly by two migrants.”

The narrative of the holocaust has been hijacked to guilt trip Europeans into giving away their countries to foreign invaders, and the slur of “nazi” has been used successfully, until very recently, against anyone who has pointed out what is happening.

The double irony is that this narrative and this slur are used against descendants of people who fought against national socialist Germany, and it ignores the fact that communists, with whom we allied against the nationalist socialists, committed the equivalent of 20 holocausts, and they’re still at it.

But of all European peoples, the Germans have copped it the most, to the point where the German government is actively working to replace indigenous Germans with foreign invaders. The fact that the Germans are prepared to go out on the streets, day after day, to protest against this replacement, shows that they do not buy this hijacking of the holocaust narrative, they recognise the existential threat this poses, and they are prepared to endure the racist slur of “nazi” to secure the existence of their people and a future for German children.

2 thoughts on “Its over. “Nazi” doesn’t do the trick anymore.”