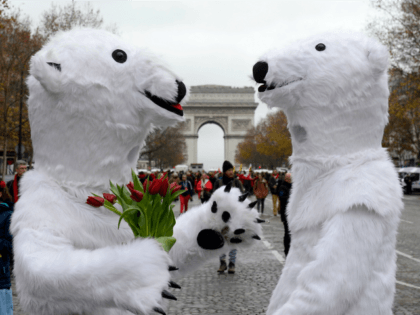 Turnbull tangoed with Paris climate deal, but perhaps it’s time we tiptoed away

Now that the national energy guarantee is dead, perhaps Australia should formally withdraw from the Paris climate agreement.

The US is out. And the other two largest emitters, China and India, are committed not to reducing emissions but rather scaling back their emissions intensity.

Even posing the question would not have occurred to the globalist former prime minister, Malcolm Turnbull. He confirmed our commitment to Paris on the very same day that Donald Trump was elected, in the full knowledge of Trump’s intention to take the US out.

Newly appointed Trade Minister Simon Birmingham, fresh from his ignominious performance as education minister, announced over the weekend that the Morrison government is planning to stick with Paris.

This was confirmed yesterday by Scott Morrison, partly because he didn’t see that pulling out of Paris would lead to lower electricity prices.

Birmingham couldn’t nominate quite how our ambitious targets will be achieved apart from rabbiting on about new technology and that we always meet our commitments.

It is worth retracing here some recent history, including the fate of the first global climate agreement, the Kyoto Protocol.

Australia initially refused to ratify Kyoto, notwithstanding that the Coalition’s then environment minister, Robert Hill, negotiated a particularly favourable deal for Australia.

It was not until the election of a Labor government that Australia ratified Kyoto — in December 2007. The protocol ended in 2012.

All up, 84 countries signed up, but the US never did. Russia, Canada and Japan refused to be part of the second round of the protocol.

In the case of Canada, it had pledged to reduce its emissions by 6 per cent by 2012 over the base year, 1990. Its emissions grew by 30 per cent over that period. By contrast, Australia was able to claim compliance with Kyoto, thereby gaining the equivalent of a pointless elephant stamp from the international community.

What are the similarities and differences between Kyoto and the Paris climate agreement?

For starters, pretty much every country in the world has signed up to Paris.

Syria and Nicaragua are the only two countries that failed to come on board — the civil war in Syria did not help and the lunatic government in Nicaragua decided that the Paris Agreement didn’t go far enough.

But here’s the key to explaining why almost every country signed up to Paris: the Green Climate Fund. To paraphrase Paul Keating: never get between the leaders of developing countries and a bucket of money.

The fund is set up within the UN Framework Convention on Climate Change to “support projects, programs, policies and other activities in developing countries using thematic funding windows”. (And who doesn’t love a thematic funding window?) The plan is that the fund will raise $US100 billion annually by 2020. This won’t happen, particularly given the withdrawal of the US.

A little more than $US10bn has been pledged so far, with Australia contributing about $US187 million.

The Paris Agreement is not binding on anyone. It could never have been.

Any deal that involved a legal requirement for countries to meet emissions reduction targets would have had to be ratified by the US Senate, and the Republican-dominated Senate would not have voted for it, notwithstanding the strong support of the then US president, Barack Obama.

The agreement provides for public monitoring, verification and reporting of the emissions of the signatory countries. There is scope for a sort of “name and shame” process for those that fail.

The trouble for the UNFCCC is that the US will easily meet its previously agreed targets by virtue of the explosion in the use of shale gas, whereas other countries that the UNFCCC would regard as model citizens are failing. They include Canada and the EU (and note the hypocrisy of the EU in including a commitment to Paris as a prerequisite for any new trade agreement with Australia).

In any case, some world leaders might regard being named and shamed by the UN as a badge of honour by appealing to the nationalistic instincts of their electorates.

So where does this leave Australia? We struck a very bad deal as part our commitment to the Paris Agreement compared with Kyoto. The nature of our electricity system and our abundance of fossil fuels made us one of the least suited to sign up. And Australia’s emissions only account for 1.3 per cent of the globe’s.

Doubtless the economically illiterate virtue-signallers in the Department of Foreign Affairs and Trade thought this target sounded appropriate, keeping us in line with other developed countries.

The advisers from Treasury could have been out to lunch at the time, although another possibility is that they are also economically illiterate virtue-signallers.

At the very least, the exemption of our emissions-intensive, trade-exposed enterprises (the so-called EITEs) should have been taken into account.

The need to exempt EITEs from any emissions reduction target is based on the possibility of carbon leakage — EITEs simply relocate to countries with lower targets or none at all.

If this had been taken into account, the figure would have worked out to about 22-23 per cent as the target reduction in emissions over the period. We can largely put this mistake down to bureaucratic incompetence.

So the key question now is: should Australia follow the US and withdraw from Paris, or do what pretty much every other country is doing and basically ignore it? As Birmingham has foreshadowed, the Morrison government will be too gutless actually to pull out of Paris, but will pretend that everything is in hand.

The trouble is that our noisy climate change rent-seekers will back Labor’s senseless policy of having a higher emissions target (of 45 per cent) as well as handing over more money to the Green Climate Fund.

And when the climate change activists have destroyed the electricity system, they will come after agriculture and transport.

This is an area of policy where the Coalition should seek to differentiate itself as much as possible from Labor.

By sticking with Paris, one opportunity is lost. The government will need runs on the board if it is to convince the voters that the two big parties really do offer something different with energy.