The mayor of Utrecht city in the Netherlands shut down an anti-Muslim demonstration late Friday by Pegida political movement in front of Ulu Mosque. 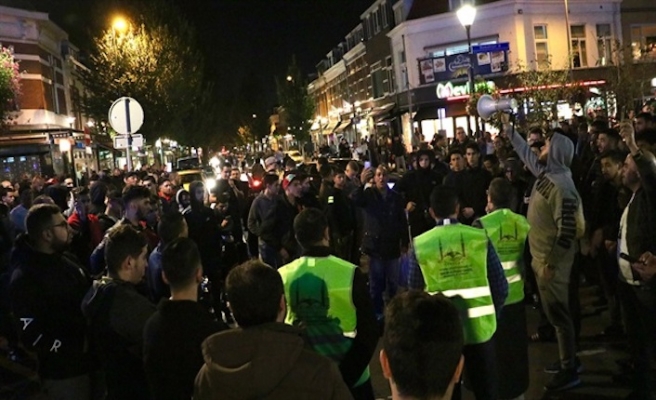 During the demonstration, members of Pegida, or the Patriotic Europeans Against Islamization of the West, made speeches insulting Islam.

How you can insult a barbaric belief system is beyond me.

A brawl broke out between Pegida members and residents after the speeches and one university student was injured.

Utrecht Mayor Jan van Zanen ordered the demonstration to be shut down for security reasons an hour after it began.

Yucel Aydemir, president of the Ulu Mosque Foundation, told Anadolu Agency that anti-Islam statements by Pegida members led to the provocation of a group of Muslims and a brawl broke out.

“I have been living here for 38 years, and this is the first time I have experienced such an incident,” Aydemir added.