I still remember when they called it “Climate Justice” 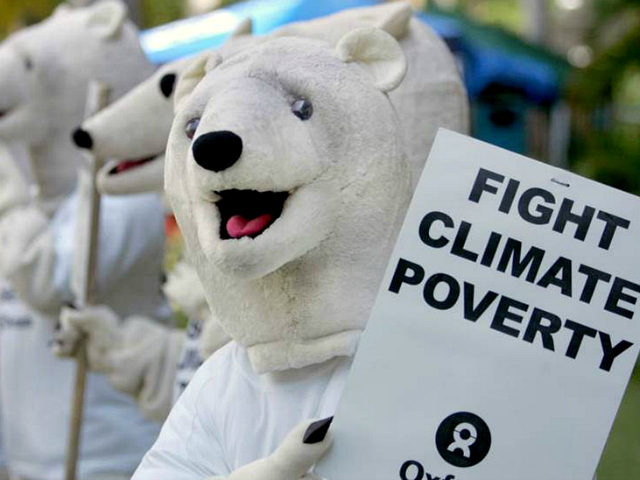 Six presidents of continental bishops’ conferences have signed an appeal calling on government leaders to take immediate action to overcome the “devastating effects of the climate crisis,” the Vatican reported Friday.

In their appeal, the bishops summon politicians to work towards an ambitious implementation of the Paris Climate Accord, which urges policies aimed at limiting global warming to 1.5 degrees Celsius. The prelates also throw their collective moral weight behind the upcoming U.N. climate change conference, to be held this December in Katowice, Poland (COP24).

Conspicuous by their absence were the bishops of North America. During the presentation of the text, Cardinal Gracias said that the Church cannot rest until “the Paris agreement is fulfilled, adhered to and followed up.”

“People who are affected most are the weakest,” he said. “There is no doubt that this is something that is urgent, important, and it is our responsibility to throw our full weight on it.”

Along with keeping warming below 1.5º C, the bishops called for a shift toward sustainable lifestyles, respect for indigenous communities, and the implementation of a “financial paradigm shift” in line with global climate accords.

This paradigm shift entails “putting an end to the fossil fuel era and transitioning to renewable energy” as well as rethinking the agriculture sector to ensure it provides healthy and accessible food for everyone, with a special emphasis on promoting agroecology.

“We are inspired by this call from the Church which recognizes many of the efforts that Catholic organisations are carrying out to achieve climate justice, energy justice and access to food,” said Josianne Gauthier, secretary general of Coopération Internationale pour le Développement et la Solidarité (CIDSE), a Brussels-based umbrella organization for Catholic development agencies from Europe and North America.

“We also feel supported in our call for a deep societal system change and are grateful to be part of a global movement calling for this. We believe this can only truly happen by shifting to a post-growth economy,” Ms. Gauthier said.

The Vatican has been executing a full-court press against climate change, using its international influence to push for a U.N.-driven crusade against global warming.

Last December, the Vatican released a dramatic declaration punctuated by dire warnings and apocalyptic threats, urging the world to “decarbonize the energy system as early as possible and no later than mid-century” to avoid irreversible damage to humans and ecosystems.

In its statement, “Our Planet, Our Health, Our Responsibility,” the Pontifical Academy of Sciences warned that “there is less than a decade” to put in place a series of sweeping measures to counteract the effects of human-induced climate change.

“The time to act is now,” the text read.

“With unchecked climate change and air pollution, the very fabric of life on Earth, including that of humans, is at grave risk,” the text stated.

“We propose scalable solutions to avoid such catastrophic changes. There is less than a decade to put these solutions in place to preserve our quality of life for generations to come,” it said.

One thought on ““Fight Climate Poverty””