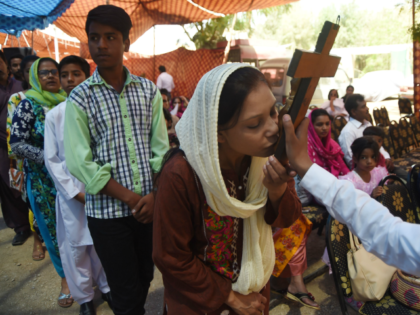 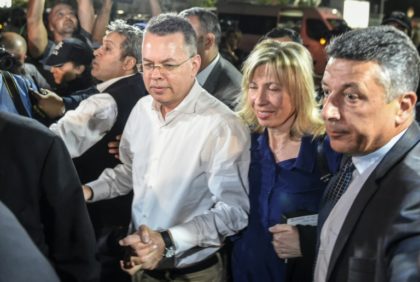 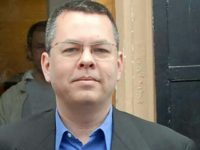 Freed Pastor Andrew Brunson: ‘This Is the Day Our Family Has Been Praying For’ 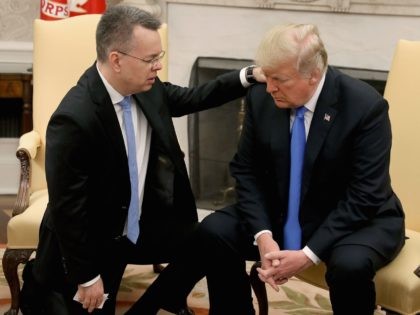 Smugglers Arrested for Bringing Illegal Migrants to Spain in Speedboats 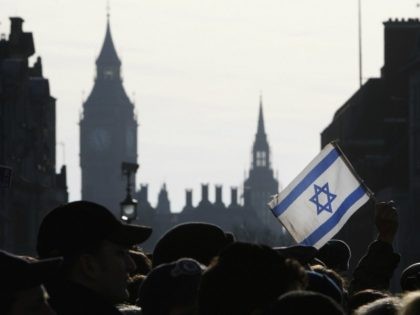 At a recent dinner of the UK Independence Party (UKIP), which he formerly headed, Farage said: “If dealing with Islamic fundamentalism becomes a battle between us and the entire religion, I’ll tell you the result: we’ll lose. We will simply lose….We absolutely have to get that Muslim majority living in many of our towns and cities on our side, more attuned to Western values than some pretty hardline interpretations of the Qur’an.”

Back to Sky News:

The ex-UKIP head said the party should be focusing on Brexit, adding “this is not the moment for people to pursue personal hobby horses.”

When did alarm about mass Muslim migration, and its effect on every aspect of British society — on the government’s ability to pay for the housing, health, education, and family allowances of Muslim migrants whose rates of unemployment and of crime are both far higher than those of non-Muslims, on such horrors as the grooming gangs, on the failure of Muslims to integrate, or even to want to integrate, into British society — all become dismissable as “personal hobby horses”? Understanding, and warning about, the menace of Islam is not anyone’s “personal hobby horse.”

“The Football Lads Alliance was formed by a football hooligan to unite supporters from different clubs against Islam.

Not a football fan, mind you, but a “football hooligan.” Who is he, and where is the evidence that he was a “hooligan’? Did he smash shop windows, attack fans from opposing clubs, beat up the police? Or does he earn the epithet “hooligan” here only because he is anti-Islam? We would like to know more.

“Its Facebook page has been criticised for racist content and the group has since renamed itself the Democratic Football Lads Alliance.

There has been no “racist content” on the Facebook page of the Democratic Football Lads Alliance; comments have been anti-Islam, which is a different thing. But Sky News keeps using this word “racist” for the DemocratIc Football Lads Alliance, and “anti-racist” for those who came out to oppose them. For the word “racist,” read “anti-Islam.” For the word “anti-racist,” read “apologist for Islam.” Those anti-Islam comments on Facebook were prompted in every case not by some baseless prejudice, but by the observable behavior of Muslims, especially that of the grooming gangs.

Demonstrators on the march told Sky News they were hoping to highlight problems with Muslim grooming gangs in northern towns and cities but one anti-racism protester said: “They need a moral cover to hide behind.”

After more than a thousand English girls have been mass-raped by these grooming gangs, bringing the problem to the attention of the public is hardly a “moral cover to hide behind” (as they presumably spew their “racist” message), as someone described incorrectly as an “anti-racism protester” claims. Grooming gangs are a real, not an imaginary problem. They are not being used as an excuse for anything.

“We stand with the victims of rape, they are only interested in having a go at Muslims.”

That is nonsense. No, the protesters are not interested in “having a go at Muslims,” but in making sure that those who took part in these grooming gangs, all of whom appear to be Muslims, are in fact brought to justice, and that the police engage in earlier intervention to rescue the victims. For years, the British police turned a blind eye to these gangs, for fear of being called — most inaccurately — “racists.” The police cared more about how they were viewed than about rescuing these girls. Now, belatedly, the grooming gangs are beginning to be prosecuted. When these protesters demand that more be done to prevent these gangs, and to punish their savage members, that does not constitute “having a go at Muslims.”

The Democratic Football Lads Alliance shares many similarities with the EDL founded by Tommy Robinson almost a decade ago.

Gerard Batten defended his attendance at the DFLA rally, saying: “They are democratic and against extremism of any kind. I don’t have a problem with it.”

This protest against the behavior of some Muslims is, like so many others, presented as a morality play. Evil is represented by the “racist” protesters, who call themselves “‘Football Lads” — their group having been founded by an unnamed “hooligan,” they are themselves presented as hooligans and lager louts, always looking for a fight, clearly lower class and with crude views that are not to be taken seriously. Good is represented by those who come out to oppose those “Lads,” the “anti-racism” protesters who are made up of the decent, tolerant people of Great Britain, with whom we are supposed to identify, and who know that there is nothing intrinsically wrong with Islam.

As for Gerald Batten, he said nothing at the protest rally that is not completely true. He told the truth about the grooming gangs, about who is responsible for them, and why it too so long for the police to take the problem seriously. He told the truth about Muhammad and little Aisha. That makes him, in Theresa May’s Great Britain, a danger both to the state and to society, neither of which can bear very much reality. He is being marginalized; the Homeric epithet “racist,” which has absolutely nothing to do with his well-informed view of Islam’s texts and teachings, will be affixed to his name at every opportunity. But if he holds on, and ignores a trimmer like Nigel Farage, eventually the observable behavior of Muslims in Great Britain, and in the rest of Europe, will become too menacing, for too many people, and there will be a turn toward those who, like Gerald Batten and Anne Marie Waters, recognize the problem and, unlike Nigel Farage, did not flinch.