Mohammedan spokesturds downunder are out in force to confuse irate kafirs.  The kafirs must not be allowed to wonder aloud why so many of them are being murdered by Islamic terrorists: 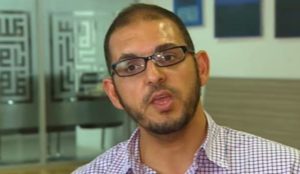 “‘Islam cannot be associated with terrorism’

‘The religion of Islam cannot be connected with any form of violent acts.”

Unfortunately, Islamic jihadists around the world keep connecting them.

“ISIS may draw some of their justification from the religion of Islam. That does not make it a form of Islam.”

Odd statement. Who within Islam has the authority to determine what is and is not a form of Islam?

Australia: Jihad murderer withdraws his apology, says “I ask Allah to grant victory to the believers”

Where’s Islam agitprop “Ann” Aly, our “deradicalisation expert”, when you need her? Justice Peter Johnson “said the letters also gave an insight into the 22-year-old’s lack of rehabilitation and de-radicalisation. ‘He seems to have shut the door to the path.’”

What Johnson should ponder is why exactly Atai would “shut the door” to “deradicalization.” If he did, he would find abundant incitement to violence in the Qur’an and Sunnah. But Johnson, like virtually all authorities in non-Muslim countries, doesn’t want to think about that. 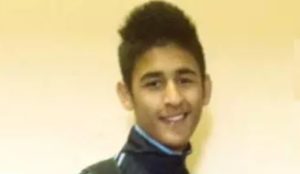 “‘I ask Allah to grant victory to the believers’: Islamic terrorist who helped assassinate police staffer Curtis Cheng withdraws his ‘bulls***’ apology and says he ISN’T sorry,” by Alex Chapman, Daily Mail Australia, November 15, 2018 (thanks to The Religion of Peace):

An Islamic State terrorist convicted of the shooting murder of a police staffer has withdrawn his ‘bulls***’ apology to the victim’s widow, a court has heard.

Milad Atai was convicted for aiding in the 2015 shooting of Curtis Cheng, a New South Wales Police accountant.

During the conviction hearing, he told Cheng’s widow, Selina Cheng, he was sorry for the hurt he had put her and her family through.

But on Thursday, the NSW Supreme Court was told he had written letters to the federal police and a crowd prosecutor saying the apologies made in September weren’t honest.

‘I take back what I said in the box because I was in the heat of moment and I just slipped up,’ a letter to the federal police read.

Indonesian presidential candidate Prabowo Subianto has predicted heightened dangers for Australians if Mr Morrison offends millions of Muslims with a divisive change in policy on the Middle East.

‘If use (sic) can please let the judge know about this letter and I want him to know where I stand with this remorse bulls***.’

Justice Peter Johnson said Atai had previously said: ‘I am sorry for what I did and what I put her through… I take responsibility for my actions.’

But in court, Atai refuted the apology, saying: ‘I ask Allah to grant victory to the believers and to destroy those who oppress his slaves.’

Mr Johnson said the letters also gave an insight into the 22-year-old’s lack of rehabilitation and de-radicalisation.

‘He seems to have shut the door to the path,’ he said.

He asked Atai’s soliticer (sic!) Greg Smith, whether Atai was saying he maintains ‘radical, Salafist, murderous views’ to which the lawyer replied: ‘With due respect I think you’re reading too much into that.’…

Smith has a great career ahead of him in stand-up comedy.

Islam’s got nothing to do with…. Islam!

‘The religion of Islam cannot be connected with any form of violent acts.”

Unfortunately, Islamic jihadists around the world keep connecting them.

“ISIS may draw some of their justification from the religion of Islam. That does not make it a form of Islam.”

Odd statement. Who within Islam has the authority to determine what is and is not a form of Islam? And in any case, the authoritative sources in Sunni Islam, the schools of Sunni jurisprudence (madhahib), all teach the necessity of waging war against unbelievers:

Shafi’i school: A Shafi’i manual of Islamic law that was certified in 1991 by the clerics at Al-Azhar University, one of the leading authorities in the Islamic world, as a reliable guide to Sunni orthodoxy, stipulates about jihad that “the caliph makes war upon Jews, Christians, and Zoroastrians…until they become Muslim or pay the non-Muslim poll tax.” It adds a comment by Sheikh Nuh “˜Ali Salman, a Jordanian expert on Islamic jurisprudence: the caliph wages this war only “provided that he has first invited [Jews, Christians, and Zoroastrians] to enter Islam in faith and practice, and if they will not, then invited them to enter the social order of Islam by paying the non-Muslim poll tax (jizya)…while remaining in their ancestral religions.” (‘Umdat al-Salik, o9.8).

Of course, there is no caliph today, and hence the oft-repeated claim that Osama et al are waging jihad illegitimately, as no state authority has authorized their jihad. But they explain their actions in terms of defensive jihad, which needs no state authority to call it, and becomes “obligatory for everyone” (‘Umdat al-Salik, o9.3) if a Muslim land is attacked. The end of the defensive jihad, however, is not peaceful coexistence with non-Muslims as equals: ‘Umdat al-Salik specifies that the warfare against non-Muslims must continue until “the final descent of Jesus.” After that, “nothing but Islam will be accepted from them, for taking the poll tax is only effective until Jesus’ descent” (o9.8).

Hanafi school: A Hanafi manual of Islamic law repeats the same injunctions. It insists that people must be called to embrace Islam before being fought, “because the Prophet so instructed his commanders, directing them to call the infidels to the faith.” It emphasizes that jihad must not be waged for economic gain, but solely for religious reasons: from the call to Islam “the people will hence perceive that they are attacked for the sake of religion, and not for the sake of taking their property, or making slaves of their children, and on this consideration it is possible that they may be induced to agree to the call, in order to save themselves from the troubles of war.”

However, “if the infidels, upon receiving the call, neither consent to it nor agree to pay capitation tax [jizya], it is then incumbent on the Muslims to call upon God for assistance, and to make war upon them, because God is the assistant of those who serve Him, and the destroyer of His enemies, the infidels, and it is necessary to implore His aid upon every occasion; the Prophet, moreover, commands us so to do.” (Al-Hidayah, II.140)

Maliki school: Ibn Khaldun (1332-1406), a pioneering historian and philosopher, was also a Maliki legal theorist. In his renowned Muqaddimah, the first work of historical theory, he notes that “in the Muslim community, the holy war is a religious duty, because of the universalism of the Muslim mission and (the obligation to) convert everybody to Islam either by persuasion or by force.” In Islam, the person in charge of religious affairs is concerned with “power politics,” because Islam is “under obligation to gain power over other nations.”

Hanbali school: The great medieval theorist of what is commonly known today as radical or fundamentalist Islam, Ibn Taymiyya (Taqi al-Din Ahmad Ibn Taymiyya, 1263-1328), was a Hanbali jurist. He directed that “since lawful warfare is essentially jihad and since its aim is that the religion is God’s entirely and God’s word is uppermost, therefore according to all Muslims, those who stand in the way of this aim must be fought.”

This is also taught by modern-day scholars of Islam. Majid Khadduri was an Iraqi scholar of Islamic law of international renown. In his book War and Peace in the Law of Islam, which was published in 1955 and remains one of the most lucid and illuminating works on the subject, Khadduri says this about jihad:

The state which is regarded as the instrument for universalizing a certain religion must perforce be an ever expanding state. The Islamic state, whose principal function was to put God’s law into practice, sought to establish Islam as the dominant reigning ideology over the entire world….The jihad was therefore employed as an instrument for both the universalization of religion and the establishment of an imperial world state. (P. 51)

Imran Ahsan Khan Nyazee, Assistant Professor on the Faculty of Shari’ah and Law of the International Islamic University in Islamabad. In his 1994 book The Methodology of Ijtihad, he quotes the twelfth century Maliki jurist Ibn Rushd: “Muslim jurists agreed that the purpose of fighting with the People of the Book…is one of two things: it is either their conversion to Islam or the payment of jizyah.” Nyazee concludes: “This leaves no doubt that the primary goal of the Muslim community, in the eyes of its jurists, is to spread the word of Allah through jihad, and the option of poll-tax [jizya] is to be exercised only after subjugation” of non-Muslims.

In light of all this, it is hard to avoid the conclusion that Adel Salman is simply not being honest.

A Muslim leader has slammed a talkback radio host for suggesting there’s a link between radical Islam and terrorism.

‘I certainly wouldn’t connect it to Islam. But radical Islam, yes. Obviously,’ Mitchell told his listeners.

‘The problem is Neil, when you call it radical Islam, you’re basically saying that the religion of Islam, there are different versions and there is one particular version that we all have a problem with,’ he said this week.

‘I don’t accept that premise. Islam as a religion cannot be associated with these forms of criminal acts.’

Mr Salman, who is also the Sunni-dominated group’s media spokesman, also suggested it was wrong to draw a link between Islam and ISIS, after Mitchell claimed ‘radical Christianity’ was linked to a ‘perversion’ of religion.

‘The religion of Islam cannot be connected with any form of violent acts,’ Mr Salman said.

‘That is just a nonsense from our perspective.

‘ISIS may draw some of their justification from the religion of Islam. That does not make it a form of Islam.’…

One week on from the Bourke Street terror attack, it’s been revealed Hassan Khalif Shire Ali was on bail at the time of his deadly rampage through the city.

3 thoughts on “Australia: Muslim leader says “Islam cannot be connected with any form of violent acts””