Talking about “extremists” instead of calling them devout Muslims and appealing to the crime bosses (the imams) to dob in their (soldiers) criminals is not a winning formula. ScoMo needs a crash course in Islam. “People who commit acts of terrorism have rejected absolutely everything that this country stands for,”–Prime Minister Scott Morrison

Australia’s prime minister accused senior Muslim community leaders on Wednesday of “continuing down a path of denial” after they refused an invitation to a meeting to discuss the threat posed by Islamic extremists.

Prime Minister Scott Morrison’s tweeted response to the Islamic leaders’ request for a postponement of Thursday’s meeting adds to friction with the Muslim world sparked by his proposal last month to move the Australian embassy in Israel from Tel Aviv to Jerusalem. Morrison has denied a widely held view that the Jerusalem proposal was aimed at domestic political gain amid a debate over levels of Muslim immigration.

“The meeting is going ahead with those who want to deal with this issue seriously rather than look the other way,” Morrison said.

“Some have chosen to publicly boycott this meeting. Continuing down a path of denial only lets their communities down,” he added.

Public needs to hear the truth on terror threat Our politicians and police are now — too late! — struggling to keep us safe from the dangerous failure of our immigration policies. But the damage has been done and not just to our safety. Check out Victoria: we can’t trust our institutions to tell the truth about what immigration is now doing to us.

Three Muslims were arrested for an alleged terrorist plot. Their families came from Turkey.

Three more Muslims were convicted of planning a mass terrorist attack in Federation Square. Their families came from Lebanon, yet another Muslim country.

But this month, Victorians also heard of yet more pack-attacks by people whose families came here from Africa, most as refugees from Sudan.

Those pack-attacks included the bashing of a St Kilda chef and a fast-food worker; a riot at Koo Wee Rup; violent robberies in Dandenong, Pakenham and Springvale; and a mass brawl with police in St Kilda.

Apologists lie when they say this level of ethnic violence is no different from that of other migrant groups which have since settled in.

In fact, Sudanese Australians are an astonishing 57 times more likely than other Victorians to commit an aggravated burglary, says the Victorian Crime Statistics Agency, and about half the Australians jailed for terrorism are from families from just one country: Lebanon.

I’ve argued before that our immigration and refugee programs have gone from great to a menace, not least because five Australians have died in terrorist attacks by Muslim refugees.

Add the congestion, the growth of ethnic ghettos and the fact that nearly 1 million Australians have no or little English, and it’s clear we have bitten off much more than we can chew.

But Victoria shows us another problem: we can no longer trust police and politicians to tell us the truth about what we are doing to ourselves.

Sure, that is not just a Victorian failure. Last year, ASIO boss Duncan Lewis, for instance, claimed: “I have abso­lutely no evidence to suggest there is a connection between refugees and terrorism.”

But Victoria takes the cake.

In 2007, its Labor-appointed police chief commissioner, Christine Nixon, was already falsely claiming that crime statistics showed Sudanese Australians were not more likely to break the law: “They’re not, in a sense, represented more than the proportion of them in the population.” Incredible.

Police command then banned the word “gangs”, often omitted the skin colour of offenders when issuing appeals for help to catch criminals and kept insisting that majority-African gangs were just multiethnic.

In 2014, police even refused to issue a media alert noting that up to 200 Africans had just staged a violent brawl in the city on New Year’s Day.

It hasn’t got better. Current Chief Commissioner Graham Ashton has attacked media reporting on African gang crime, and in February damned as “garbage” the claim by federal Home

Affairs Minister Peter Dutton’s that some Melburnians were now too scared to go out to restaurants.

Yet since then, gangs of African-Australians have bashed a chef, smashed a teenage worker in the head at McDonald’s and battled police at a popular St Kilda restaurant strip.

The hoodwinking of the public has continued this past fortnight.

For six days, Premier Andrews kept to himself the fact that Shire Ali, the Bourke St terrorist, had actually been out on bail, despite being asked a direct question by a journalist.

Attorney-General Martin Pakula falsely claimed Victoria Police had not been warned by ASIO that Shire Ali had had his passport cancelled for fear he might join the Islamic State.

And now in Canberra, we’re told by Prime Minister Scott Morrison that he might cut immigration, after all, because “the roads are clogged, the buses and trains are full” and the public was saying “enough, enough, enough”.

Well, there’s yet another half-truth. Sure, we’re sick of the choked roads and trains.

But look at the violence and the terrorism in Melbourne this month and ask what truly worries Australians most about people we’ve been letting in.

1/ For six days, Premier Andrews kept to himself the fact that Shire Ali, the Bourke St terrorist, had actually been out on bail. 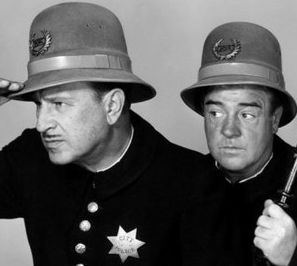 In the northern suburbs, police swooped on alleged members of an Islamic terror cell. And down on the St Kilda foreshore, yet another riot involving “youths of African appearance”. Police actually managed to make two arrests in the latter incident, which is most unusual. Normally, as rank-and-file officers have complained privately to Quadrant Online, police are under instruction to stand back and allow the mobs to do their worst.

At the Daily Telegraph, Tim Blair explains the galloping passivity :

... A number of my friends and family are members of the Victorian police force, and to an individual they are among the best and bravest people you will ever meet. But members of the force are presently hamstrung by timid and politically-correct police management, which may explain why reports of African gang riots so frequently feature the line: “no arrests were made”.

Remember, this is the same police force that hit Canadian conservative Lauren Southern with a $67,842 bill for protection from leftist thugs during her mid-year speaking tour …

Not that police brass are entirely averse to laying down the law. It’s just that they prefer to do so with only the easiest targets: otherwise law-abiding citizens who stray a few ticks over the speed limit. Unlike African youths, they don’t resist and pay their fines, which contribute something like one billion dollars a year to the state’s coffers. Newly appointed Traffic Commissioner Stephen Leane explained policing priorities to 3AW’s Neil Mitchell:

Very proactive! But that can’t be said of a recent incident in Werribee, where those scallywags of African appearance rented a house for the evening and terrified residents of the street when their party became a freewheeling riot. It was yet another outbreak of mayhem, one that ended only when the Riot Squad was summoned, and which saw no arrests.

Curious, eh? Let traffic supremo Stephen Leane explain, as he did at the time in his previous incarnation, why his officers stood idle and watched the mayhem continue (emphasis added):

If I can deal with the ‘can’t go in’ issue, we certainly have an issue around short term rentals.

Our lawyers are telling us that it’s a lease, even though it’s a one night lease, on that basis it’s a civil matter and you’re off to VCAT if you try and exclude them from the premises.

For more on the latest terror arrests follow this link to the ABC’s report.